Leo is a 1-2 year old male French Bulldog. He came into rescue after accident in the home where the owner was splitting up Leo and his brother and the Lady unfortunately hurt herself. Our Local vets contacted us for help and we went over to assess the situation. After meeting both dogs and speaking with the family they decided it best to split up the brothers.

Leo arrived with us last weekend and has been adjusting to a much busier household and a lot more dogs. First couple of days where interesting with a few behavioural issues coming up which we had been advised about such as resource guarding, attacking hoovers and being reactive. He was overwhelmed by the dogs but gravitated to the kids. Over the weekend he began to relax with the dogs and now happily runs about with all dogs big and small, but going forward dogs of similar size are deffo more his comfort and likes to play chase and run around the garden with them. 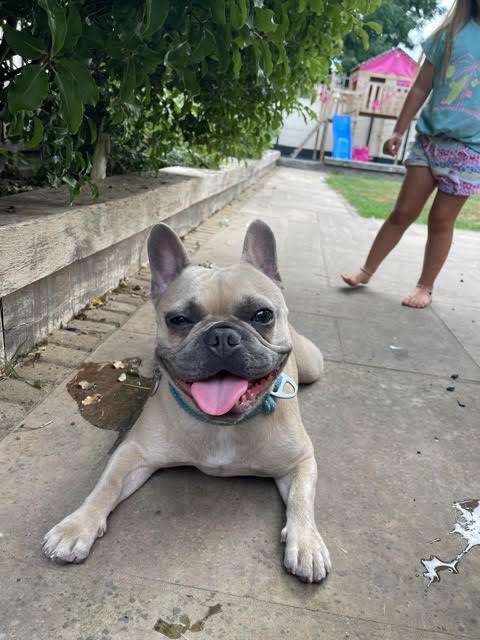 Whilst Leo clearly loves children due to the resource guarding (which isn’t extreme and will need continued work and boundaries set) we feel older kids are best suited. We have not allowed him on sofas, or laps to avoid him trying to get a higher level in house and he hasn’t since day one challenged anyone on this.

We have been doing trade off with his resource issues and he is much more comfortable with us asking him to leave the area sit and wait whist we remove whatever he has decided he has interest in… again this is getting better each day and I think with continued training and work this issue will resolve fully as he doesn’t escalate more then a lunge at you and has never made contact with us.

Leo is good at walking and we have been walking him on a slip lead as he doesn’t like his collar being grabbed so we are working on that and he is getting much more comfortable putting his head through a slip lead and walking nicely beside you. He is raw fed and loving it, and currently eats his meal with the two smaller dogs without any issue. 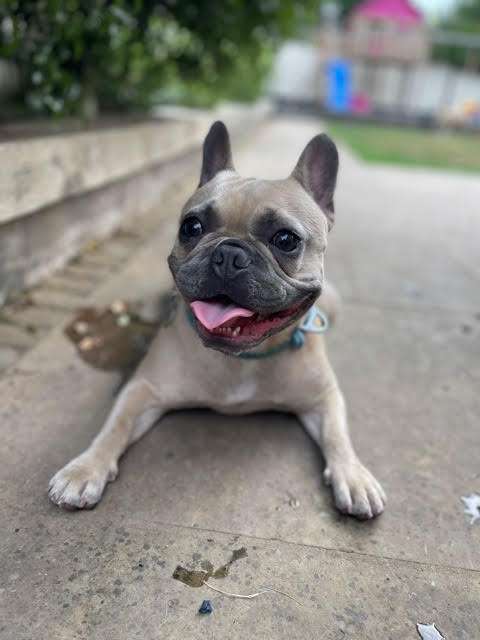 In summary, Leo has a few small issues which we are working on but they will need continued training in the new home, he just needs to understand they are not acceptable and clear boundaries are kept. He is clean and quiet overnight and sleeps happily in our utility room without any issue.

He could happily live with another dog, must be a dog that enjoys playing and confident. Kids must be over 10 years old. I think due to the quirks, a French bulldog experienced home is a must and a family who will treat him like a dog and not baby him as that could easily escalate into bigger issues. Leo is living with 4 dogs of various sizes and temperaments and after the initial few days of snapping at the bigger dogs actually enjoys his rumbles with those two the best. 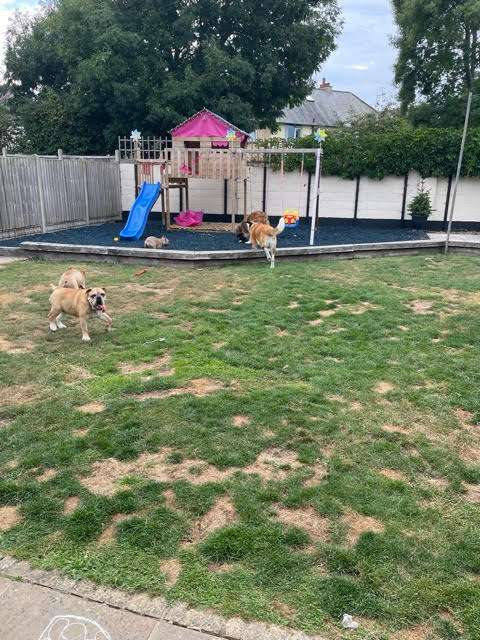 We also have 2 guinea pigs which are in the garden in their run and whilst Leo is interested, he will come away immediately when called and doesn’t try to get into run etc, just sits and watches, also on walks we have seen cats and he has shown zero interest in them and will walk past without issue. Leo is Neutered, fully vaccinated and microchipped and in foster in Bognor Regis, West Sussex.

He has been health checked and is in good health and doesn’t have pinched nostrils or struggle breathing. He loves a good walk and previous owners let them off lead with good recall and responded to a whistle which I can confirm as I use in garden to call in, he is a like a bullet and comes back straight away.