Angel is a 1 year old female English Bull Terrier Cross. This story is one of the heartbreaks, She found herself in the pound after her owner’s mental health went into decline and they were unable to look after themselves let alone the 2 dogs. Shortly after Angel arrived in the pound it was discovered she was pregnant and she subsequently gave birth to 9 pups.

She was still born and one died the following day leaving her with 7 babies, imagine the stress and turmoil this poor little girl has experienced at such a fragile young age, Angel is only a year old. Due to the situation, Angel couldn’t come to rescue unless her owner signed her over, so she raised those poor pups in a kennel in the pound, when the pups were 8 weeks old, we were finally able to collect her and them from the pound. 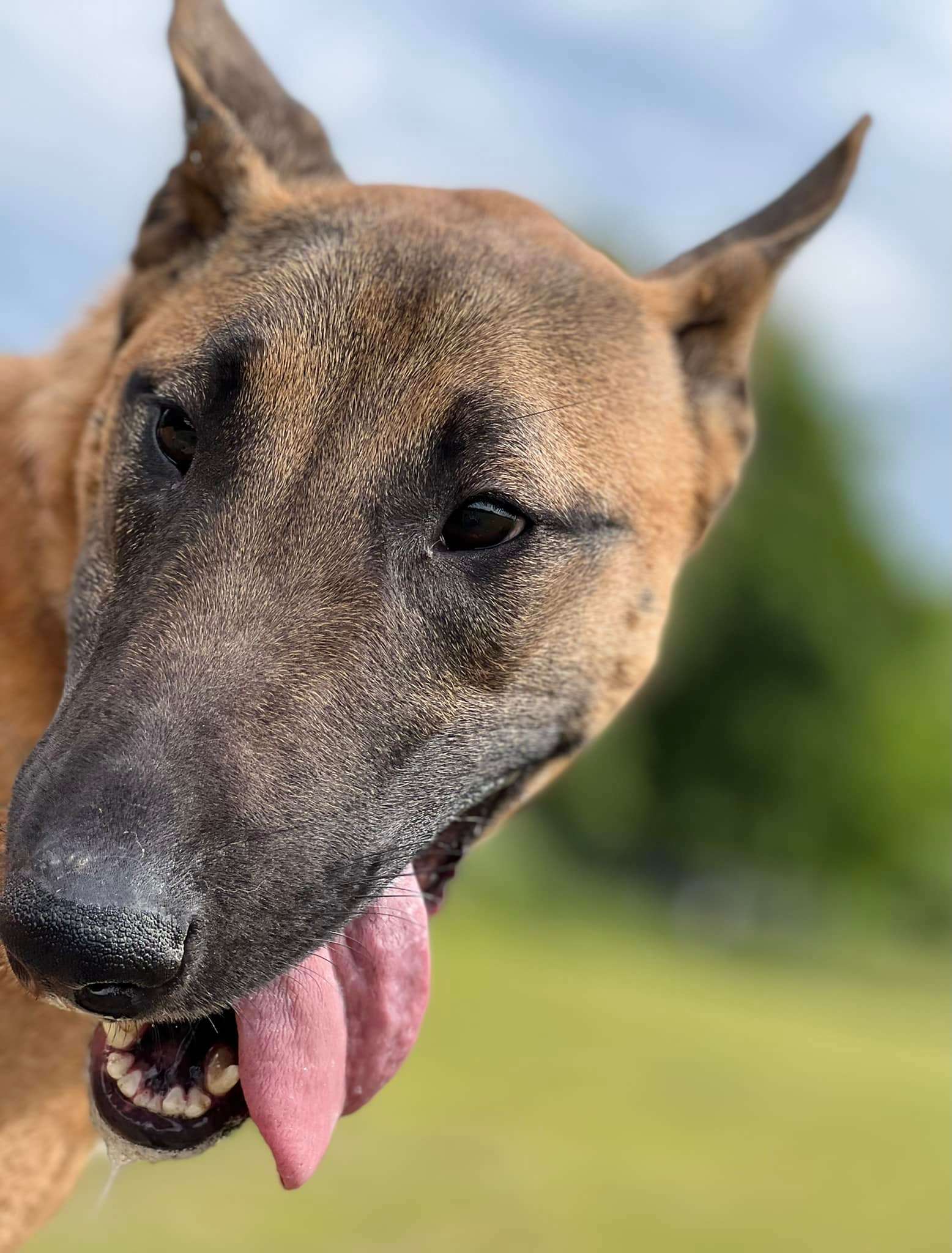 She was a bag of bones, stressed reactive and in a mess, she wanted to look after her pups and was totally overwhelmed by life, it is the most heart-breaking case I think I have ever dealt with in rescue so far, her poor worried little body will haunt me forever. Only 4 of the pups survived to date, and we have finally been able to get poor little Angel spayed so she can learn to be a pet and enjoy life, all the burden of being a mum and the stress of raising pups in the pound behind her forever. 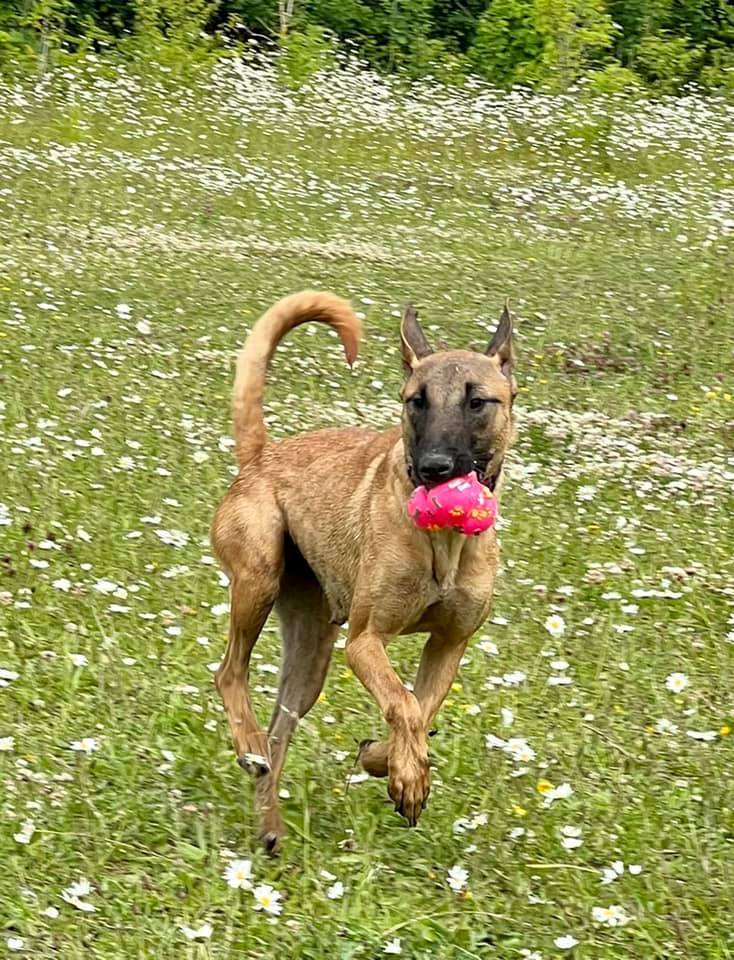 We always knew Angel had a damaged jaw as her tongue comes out the side rather than front of her mouth, when she was examined by our vet it looks like this was a trauma, probably a break or dislocation as the result of a kick to the face that has never been corrected, it has healed now and she manages fine so it doesn’t need surgical intervention, however this is just another insight into this poor girls early life. She weighs 21Kg and is medium sized. 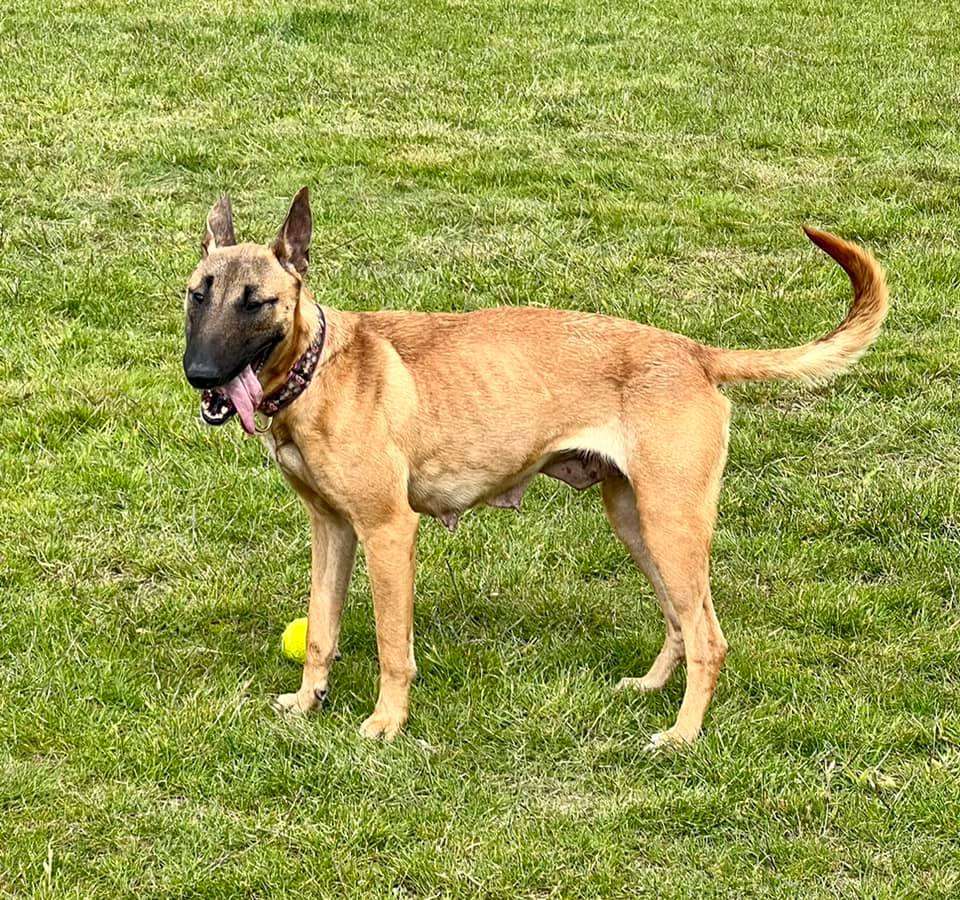 Born in the Covid lockdown this poor little lady had had next to no input as a result she need input and training, she is a blank canvas that you can mould into the dog you want her to be. She is very eager to learn and responsive to training, she just needs a family that are prepared to put the time and training into her. She absolutely adores her humans and is so full of love for her human family. 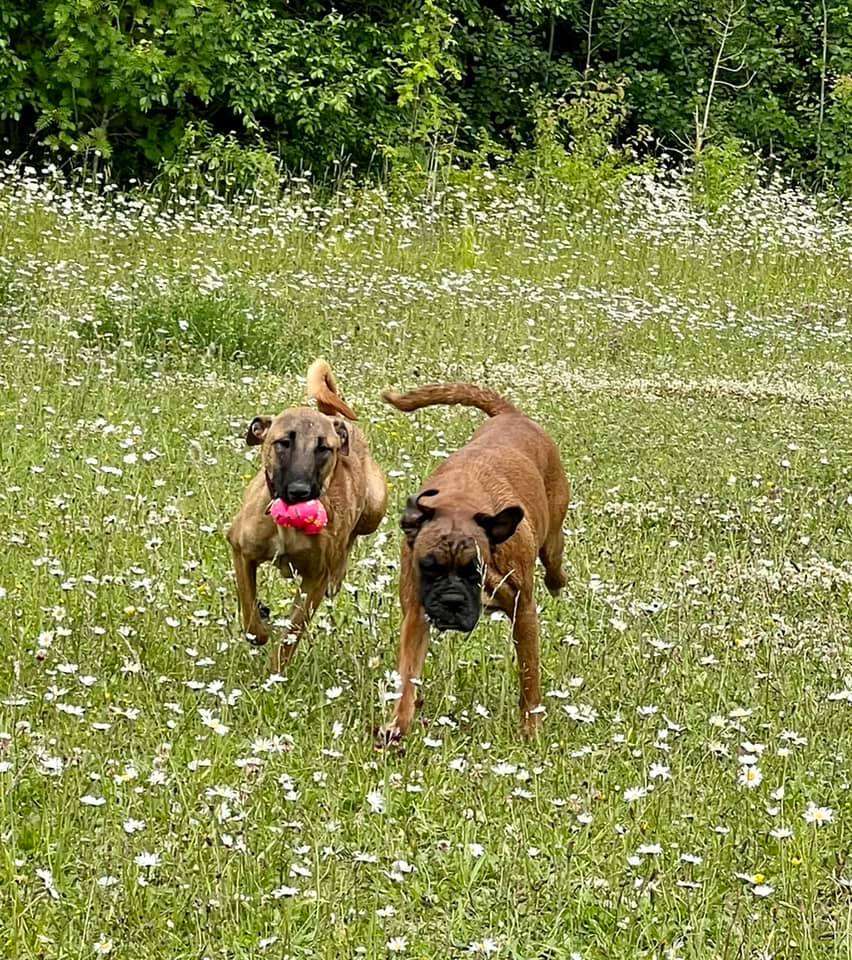 She mixes fine with other dogs but would prefer to be the only dog in the household, given her terrible start in her early life. Prior to coming to us she had not been socialised with people or other animals, she was initially very scared and distrusting of us however since being with us she has blossomed into a gorgeous confident lady with dog’s and people and doesn’t seem too damaged by the lockdown. 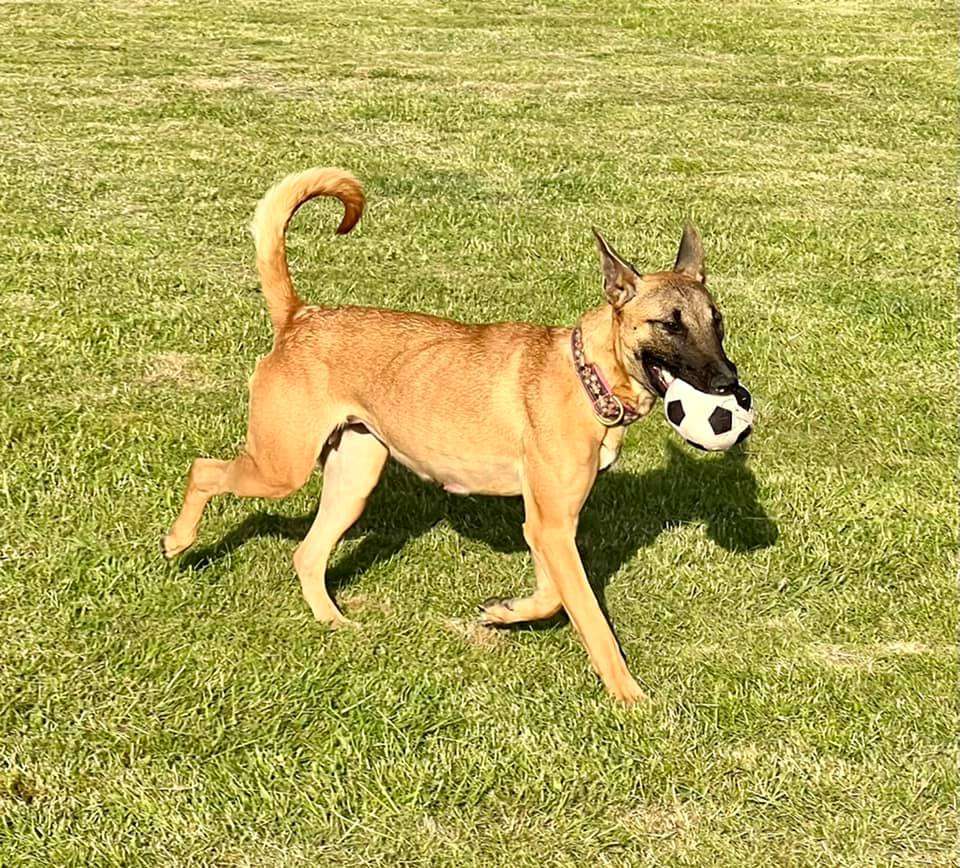 Angel loves to play ball, she would do it all day, she also loves to run and play and has really good recall, she is a really smart girl and with the right owner she will blossom. She is responsive and quick to learn very attentive and easy to train, walks perfectly on the lead and is perfect off, she travels really well in the car. 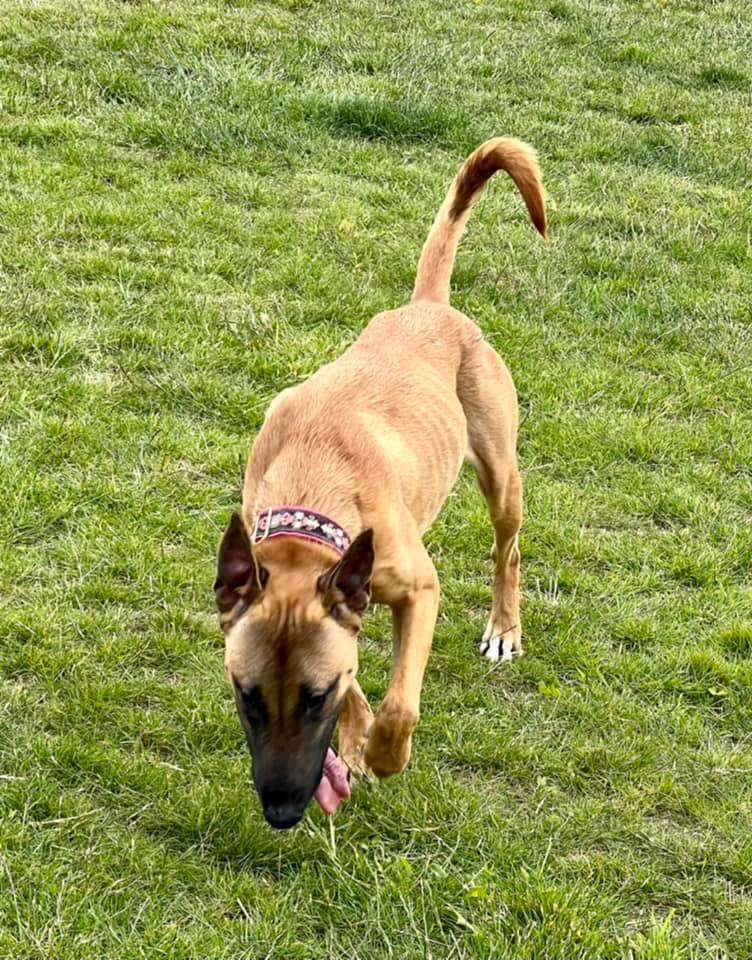 Angel is the perfect age to make her exactly what you want her to be, and her nature is fantastic, she is a really gorgeous well-rounded dog. Angel is speyed, fully vaccinated, microchipped flea and wormed. Could you offer Angel the forever home she so desperately deserves?