Annie is a 1 year old female German Shepherd. She was rescued as a stray puppy from the streets of Cyprus by the local dog warden. Ever since she’s been in the shelter she has been a little apprehensive and reserved, but she has the sweetest temperament ever and we would love to find her a fantastic home where she can truly flourish. Annie is estimated to be just under a year old and she’s a German Shepherd, possibly a mix but we see some very strong Shepherd genes for sure! When Annie was rescued she was very shy.

We don’t know what her back story was or where she had come from, but we don’t think she had been treated with kindness. She struggled to trust and would hide away from the volunteers whenever they came near. She was only comfortable in the presence of other dogs and then sadly, the worst happened. One of the dogs Annie shared her kennel with attacked her, and it caused a fight to break out with several other dogs. Poor Annie was covered in punctures and lost a chunk of her ear, and the worst thing was that she didn’t instigate the fight, the dogs just picked on her because she was a submissive character. 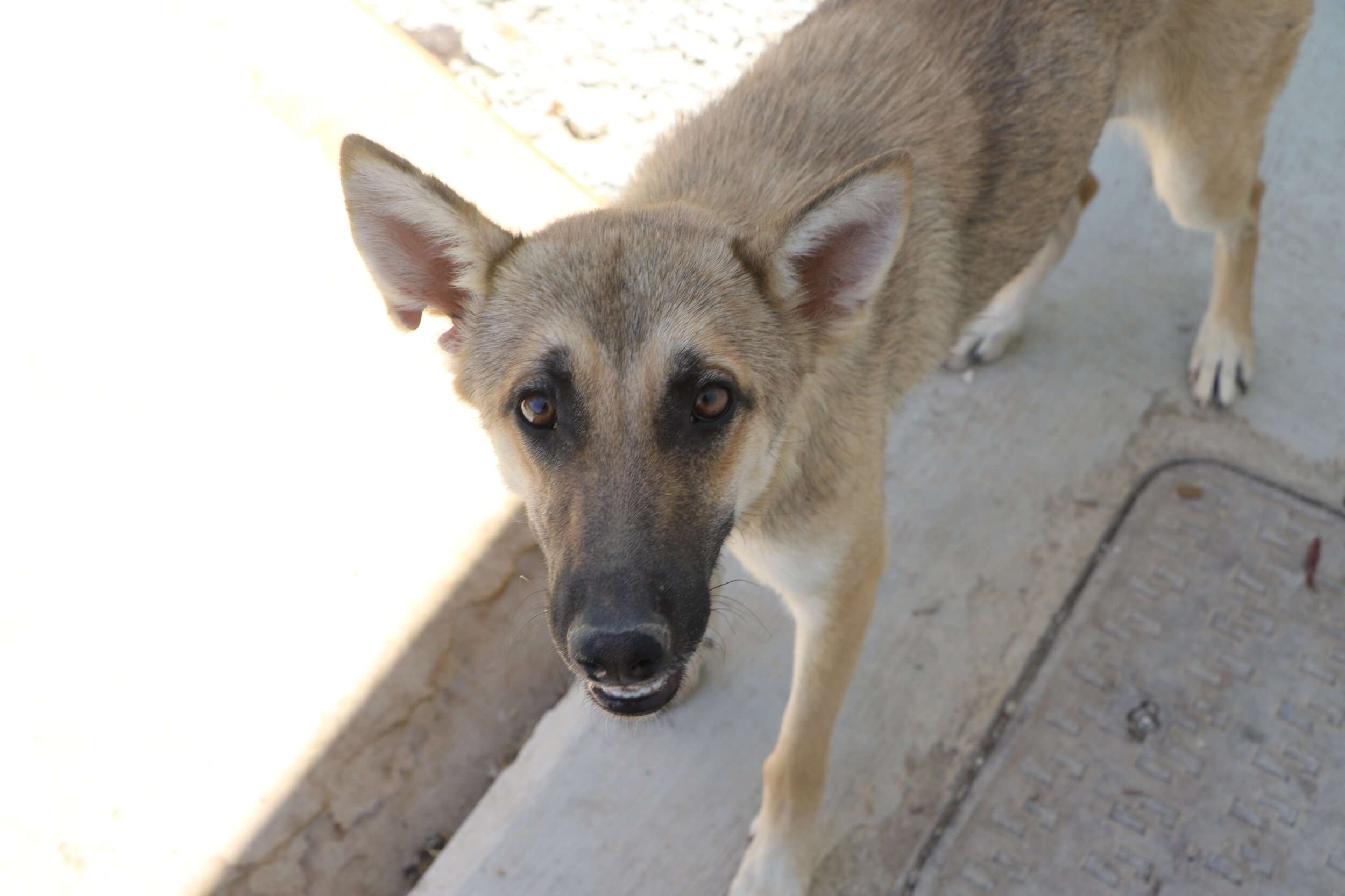 Despite the fact that she was shell shocked and sore, the trips to the vets and 1-2-1 human interaction that Annie had during her recovery really helped her to make progress and become more trusting with people. She also later moved into a new compound with different dogs, and she is doing loads better with them. She is visibly more comfortable, she feels more confident to approach new visitors, and she now comes up to be stroked rather than shying away in the corner of the kennel. Annie’s experience in the shelter has not been great. The shelter is no fun for any of the dogs but for characters lacking confidence, being bullied and being surrounded by (literally) hundreds of other dogs, it’s an overwhelming place for them to be. 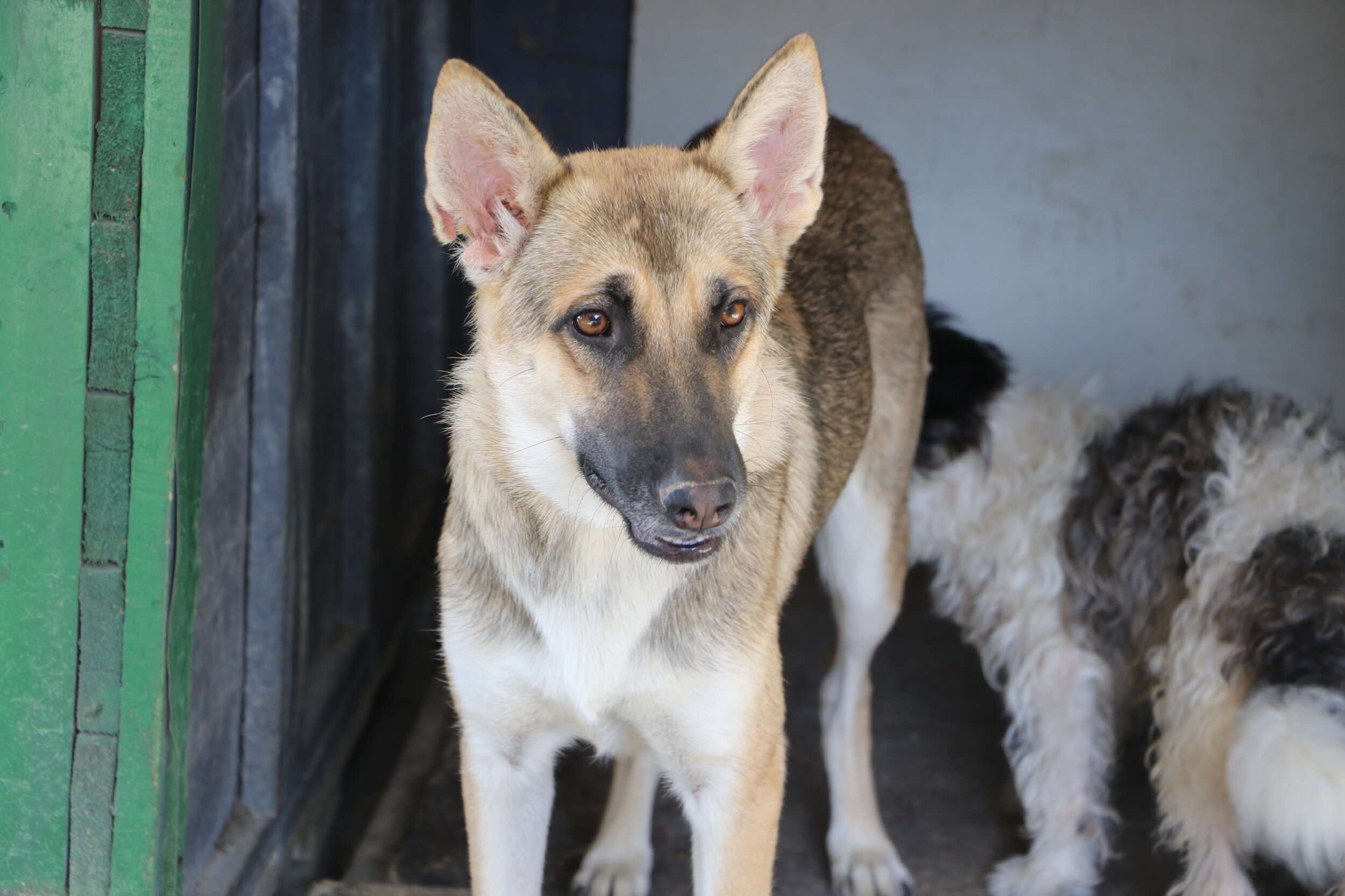 We are confident that Annie is going to blossom in a home where she has more focus and a human to call her own. She is so desperate to trust and is very gentle with people, but her environment isn’t helping her to make the progress she’s capable of. Annie is looking for a home outside of the city with a patient adopter. She would likely benefit from being rehomed alongside another dog with a friendly nature as she personally has no issues socialising – having another dog to learn from would help her to adapt to a new place. She has not been tested with cats, and as she is a bit shy we would suggest a home without young children. 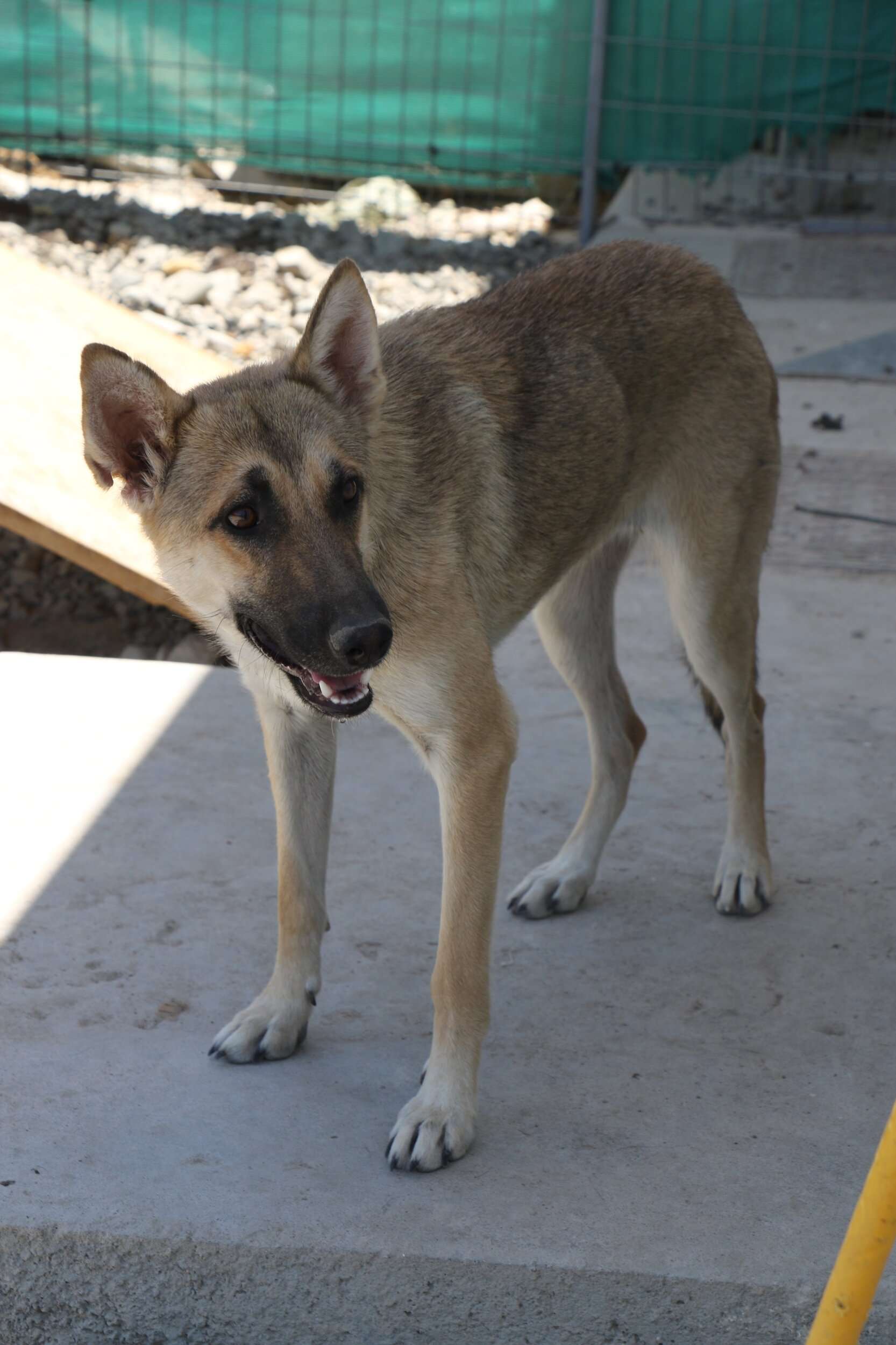 She’s never shown any adverse behaviour around kids but we think she would feel more settled with children aged 12+ only. Annie would love a moderately active home (although she needs some work on the lead) and would really benefit from having access to her own, secure garden. She is such a sweet tempered dog and has so much potential, so we really hope that someone can see how much she needs an opportunity to leave the shelter. Annie is currently based in Cyprus and has a clean bill of health. She is ready to travel once she finds her forever home.