Murphy is a 1 year old male Cross-Breed. He is similar in size to a German Shepherd dog. He was originally rescued from Spain, and rehomed as a puppy in the UK, by another UK rescue who we work with, and recently returned because of his owner being unable to walk him due to injuries caused in an accident, and severe problems with a dog phobic grandchild.

The original rescue had just taken in a group of rejected gundog, so we agreed to take him in here. Murphy is an awesome chap, he has had lots of training and really is a joy to live with, and walk. 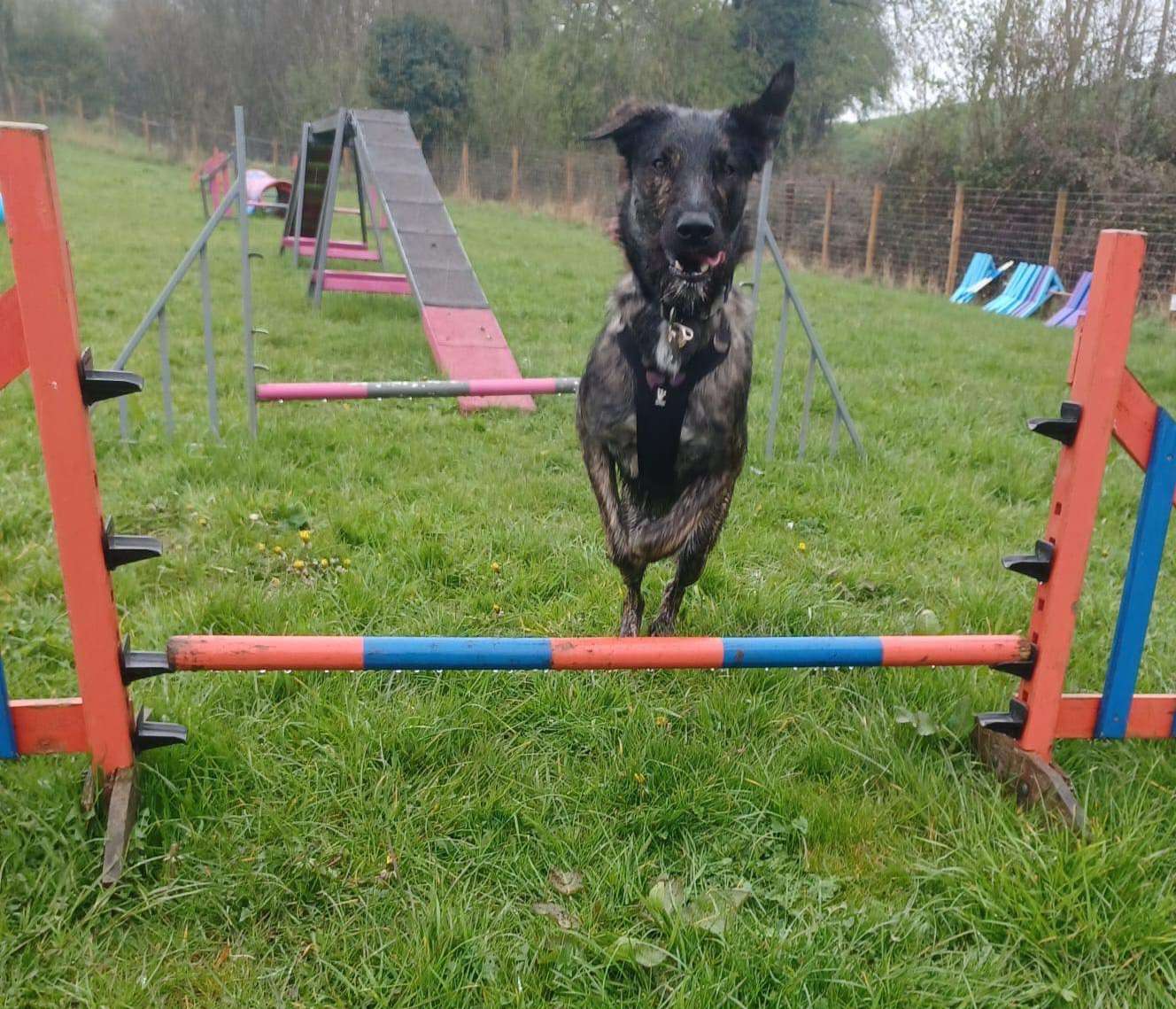 He travels well in the car and he is house trained. He is a typical adolescent and loves to charge around and play with his pals, enjoying rough and tumble games with those who want to, however he can also be gentle too, and is good with the small dogs, and any puppies, he has met during his time with us. 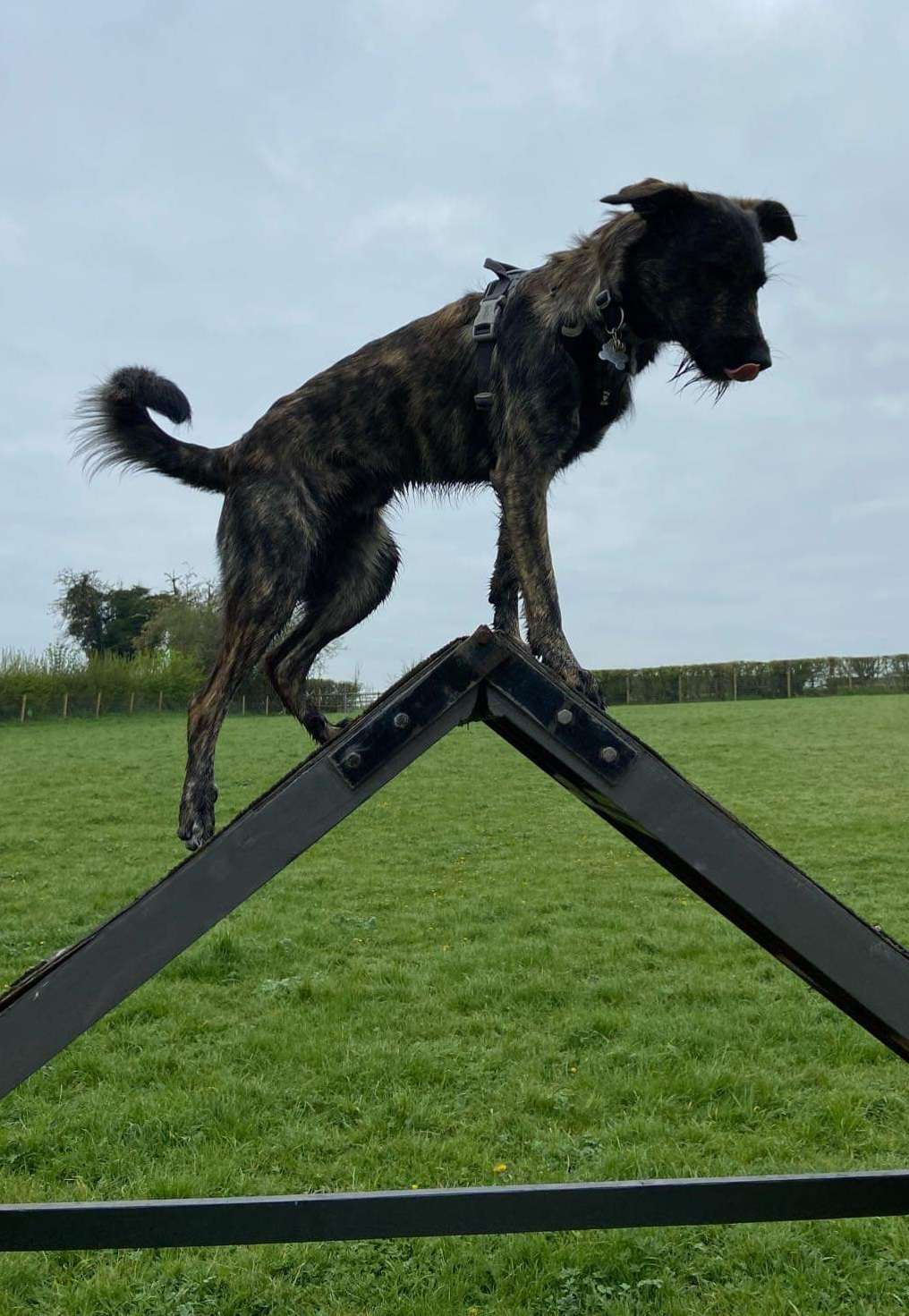 Murphy loves people, and he is good with children. He regularly plays beautifully with my grandchildren of 6 and 11. Murphy is a very versatile dog, he is suitable for a family, but he is a big chap and needs space, so a spacious home with a decent sized garden, and easy access to good dog walking is essential.. 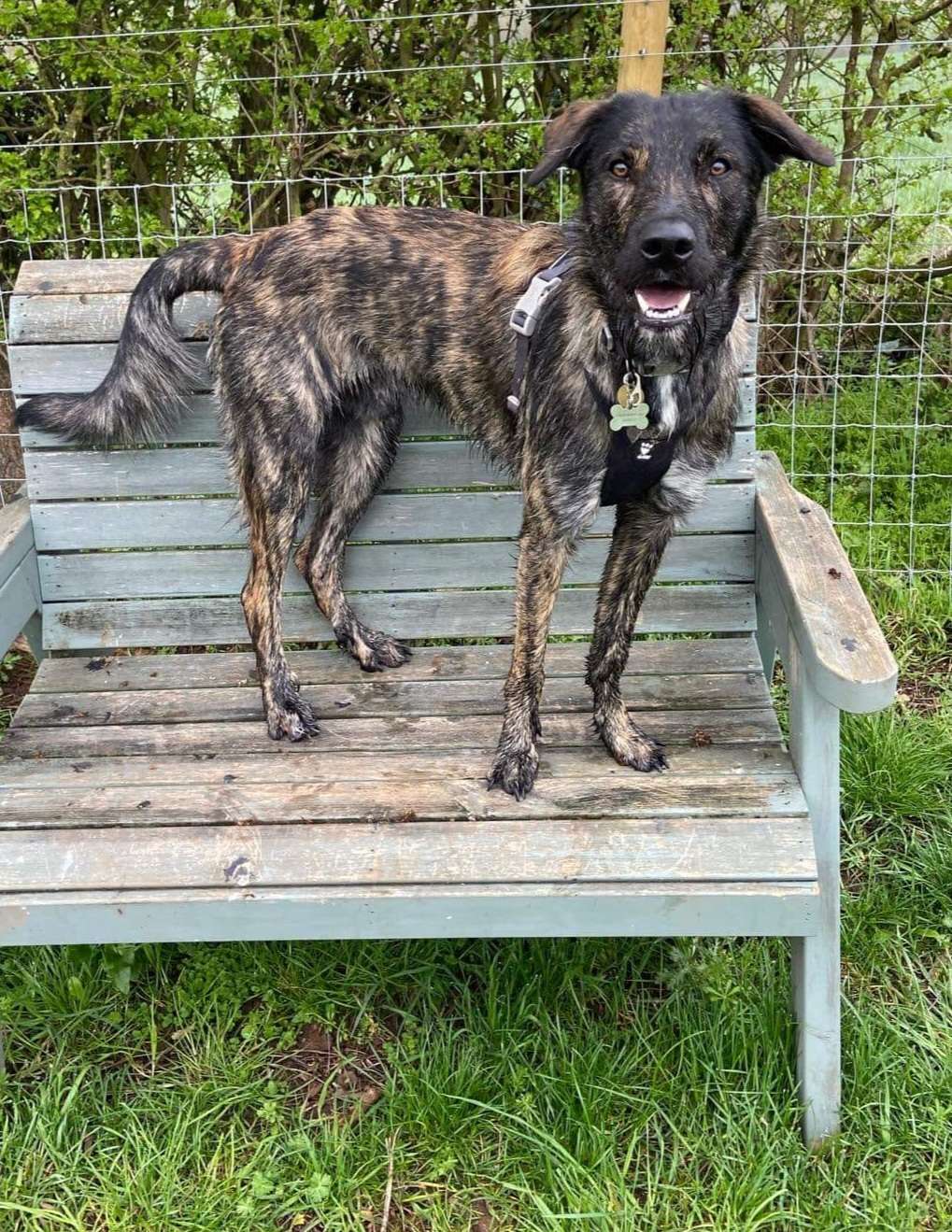 He would love to live with another dog or dogs. His previous owners did a dna test and this revealed an incredibly varied genetic parentage (see photos). He is living the high life with the team at Lizzie’s Barn Sanctuary near Kidwelly , South West Wales.

All potential homes will be vetted and a set donation is payable upon adoption. All dogs will have been assessed and vet checked and, unless advised otherwise, will have been neutered, vaccinated, micro-chipped etc prior to adoption. Potential adopters are expected to travel to Lizzies Barn to meet/collect their chosen dog.