Pete is a 1 year old male Terrier Cross. He was rescued as a stray on the streets of Cyprus where he was running scared in the summer heat. He was desperately looking for shade and water, so it came as a relief when someone was able to catch him and make sure he was okay.

He was then taken to the local municipal pound where he was advertised as ‘found’, but sadly he had no microchip and no one came forward to collect him. He’s now seeking a new forever home. He has only recently been neutered, and can therefore be a bit impatient around other males, so he would be better suited to a home with a female dog is there are already resident dogs. 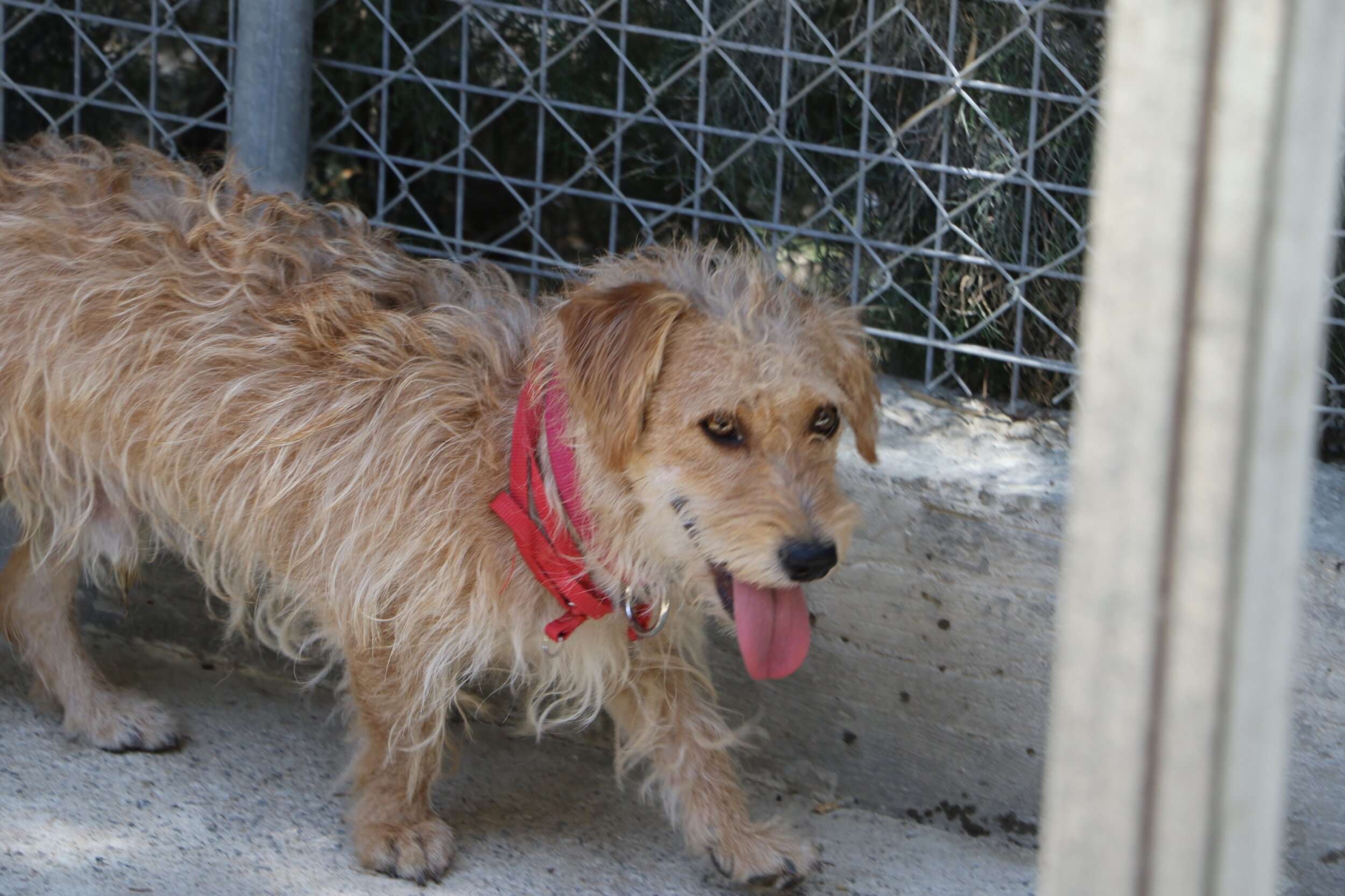 He shares his kennel space with around twelve other dogs at present, including males and females, and despite some small disagreements with a couple of the males he otherwise gets on really well. Above all Pete is really sociable with humans and is definitely a people’s dog.

He gets so excited to greet new people who come to the shelter and jumps up so happily to say hello. He loves being stroked and fussed over, and if he’s not getting enough attention he will roll onto his back and show his belly to encourage you to keep stroking him. 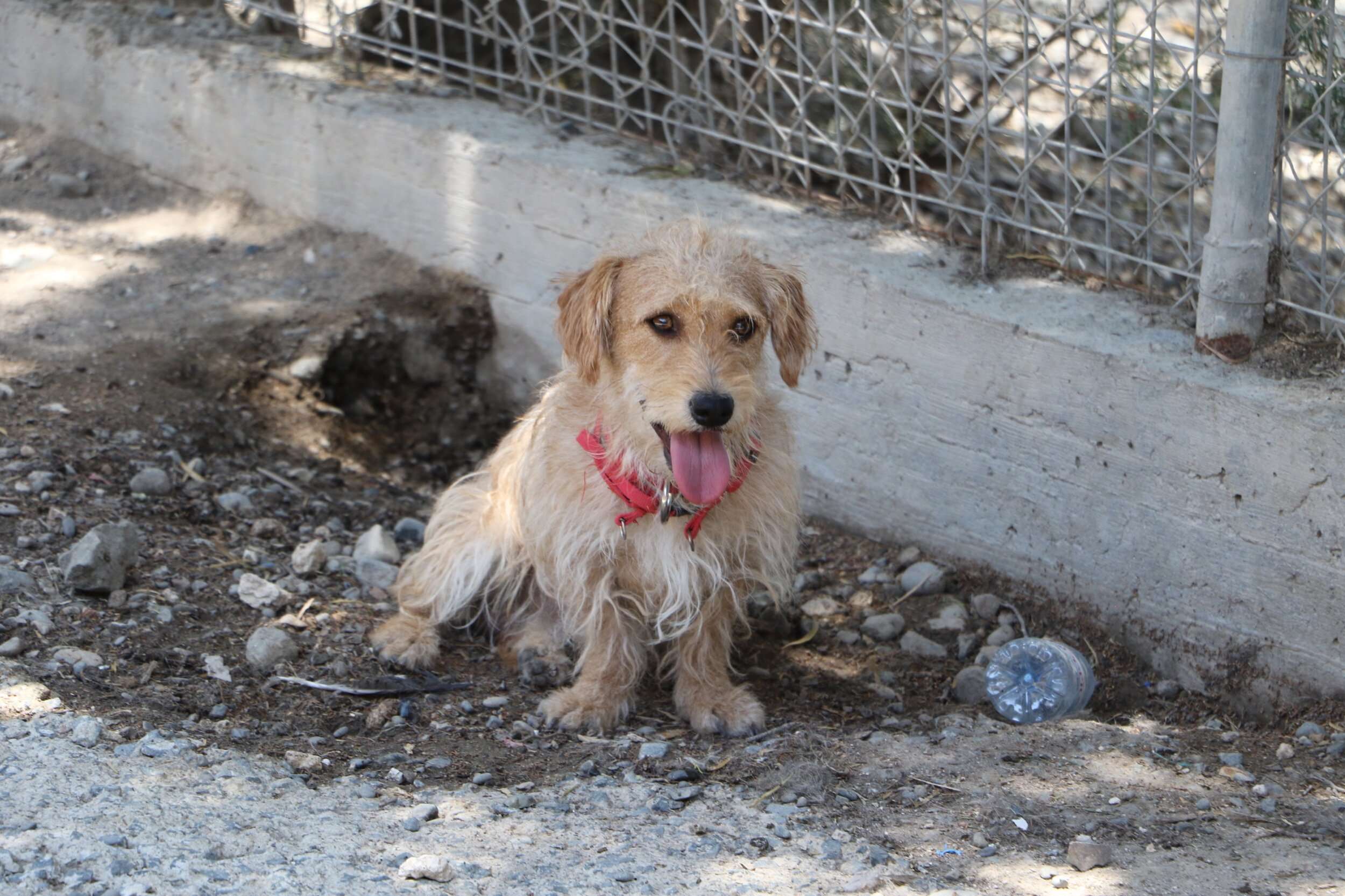 He’s a very sweet little guy and really just wants to be the centre of someone’s world. Pete would be best suited to a home with a garden based outside of the city. He’d love a family who want to play with him and teach him new things, as he’s very keen to please. 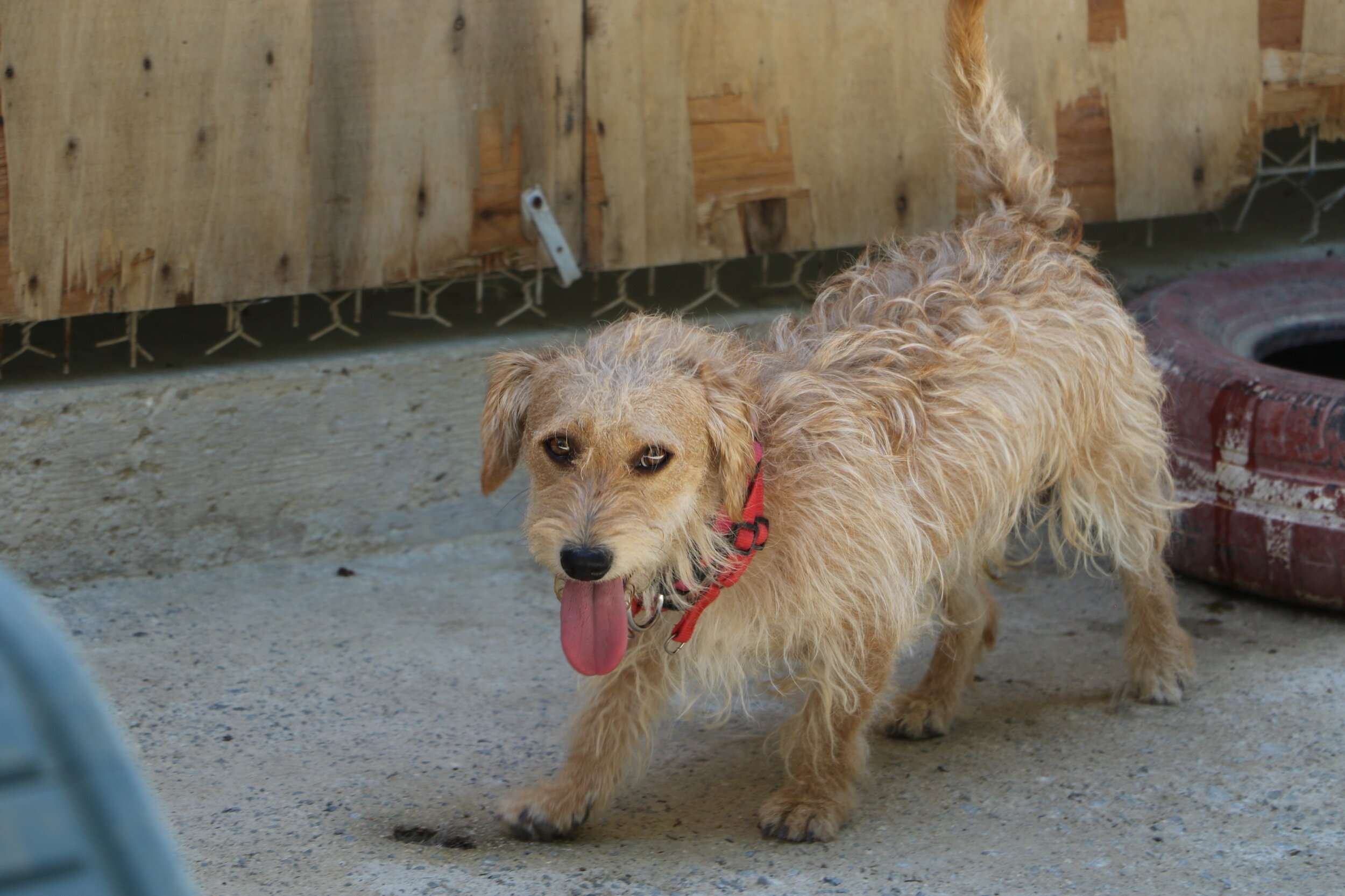 He has also interacted really well in the shelter with children aged 7+, but we don’t know if he has ever been around younger kids. We think he would be best suited to a home without cats based on his breed mix. Pete is currently based in Cyprus and has a clean bill of health. He is ready to travel once he finds his forever home.