Hugo is an 11 month old male American Bulldog Cross. He came into us on the 2nd August 2022. He undertook an assessment with myself and two other members of Staff. This is an on Site assessent where we see how the dog is on lead, off lead and their overall general behaviour with us as strangers. A full body evaluation is also done to test if the dog is handable. We also have a full assessment questionnaire sheet filled out with information from the previous owner.

We were told by his previous owner that due to her ill health, she did not think it would be fair on Hugo to have carers arriving to and from the property, as Hugo can become quite “anxious” with strangers entering the home and therefore, they decided to sign Hugo over to our Charity. He could be crossed with Boxer, English Bulldog or Staffordshire Bull Terrier.

Hugo’s weight is around 38kg+ as a gestimate, as we have not been able to put him on our weighing scales yet. Hugo was bought from a private breeder and the previous owner has kindly given us photos of each parent, sibling and photos of when he was younger. Hugo’s previous home was with a family of four we believe, the mother who was his primary carer, a younger daughter around 15-16 years old, who we visually saw him positively interacting with at the assessment and two older sons 20+years old, who we have been told he was fantastic with.

We were told by the previous owner that he is very good on lead – Which we have confirmed seeing ourselves. He will walk by your side calmly and does not seem to react when he sees another dog, he will only react when he sees a cat. His recall is apparently very good, we have only tested this in our secure paddock facilities and have seen that he does respond to him name and will come back to you. He will sit by your feet for attention and loves a belly rub. 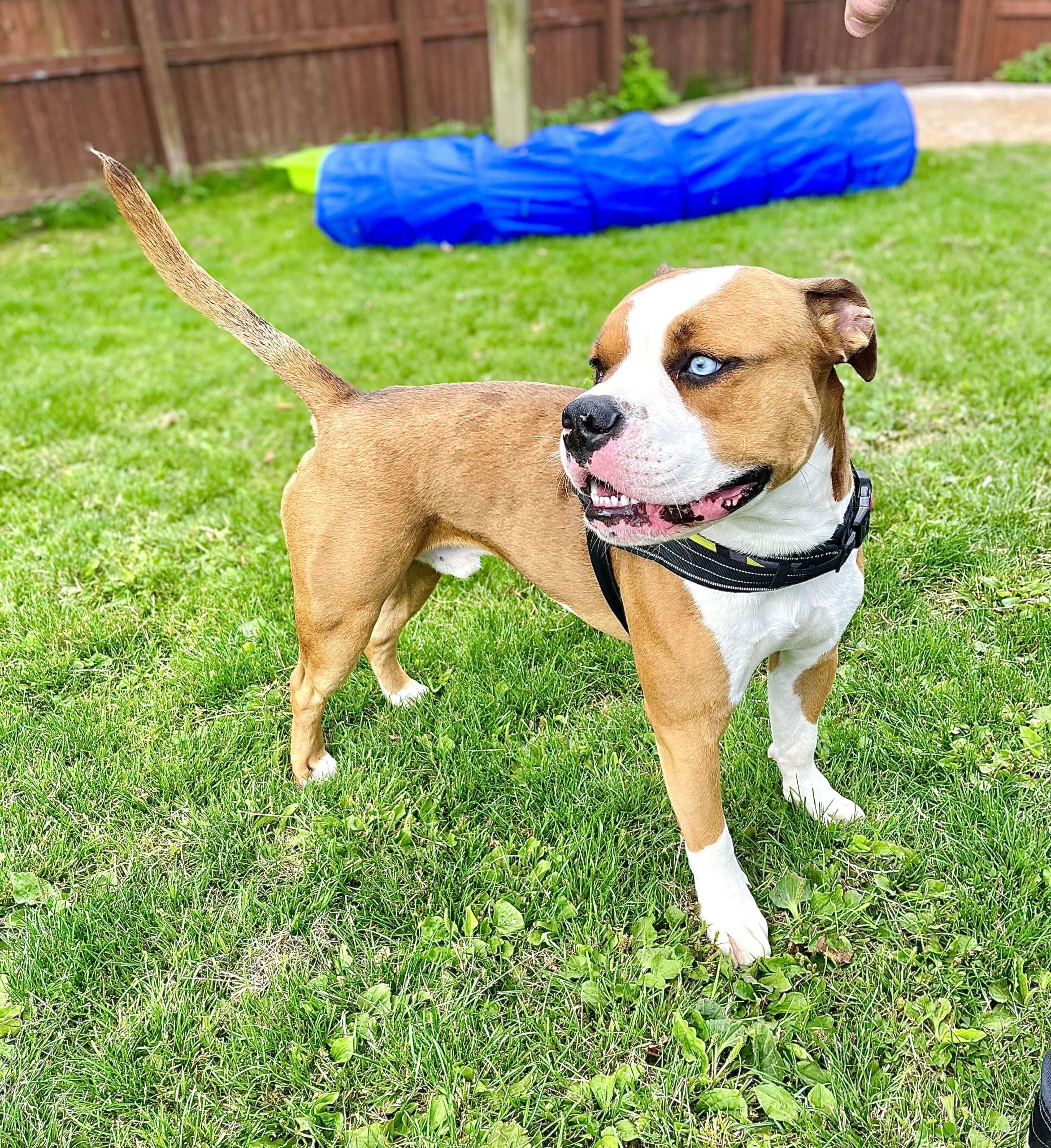 Hugo has also been taught basic commands such as Sit, Paw, Lay down and Jump. He is currently walked on a harness, lead and an extra slip lead, as he can on occasion, try to back out of the harness. He does not seem interested in toys or treats at all, whether this be in our paddock or in the kennel. As soon as Hugo was seperated from his family and put into the kennel he started to go into what we call “shut down mode”.

He became very nervous, will cower in the kennel and has growled at the occasional person who opens his kennel door. He has growled at two males and two females. The other noises around him such as the other dogs barking in the block plus Staff/Volunteers walking around has increased his anxiousness. It has clearly been a huge change for him. Since Hugo came into us on the 2nd August, he has been walked by Staff Only including myself. 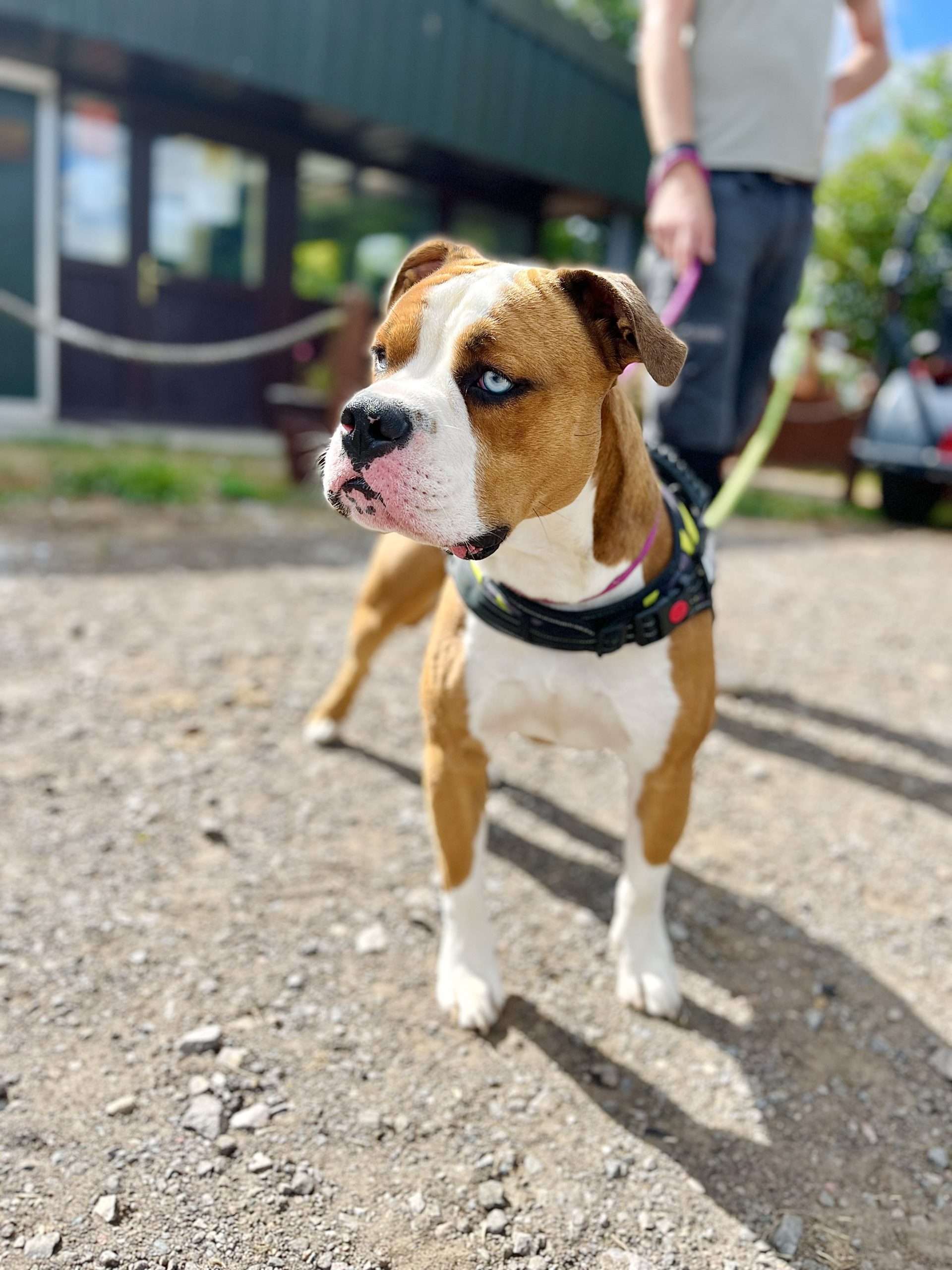 You can tell he reconises the harness as a postive action and will sit patiently for you to put it on him. As previously mentioned, Hugo walks nicely on the lead but he can occasionally turn to jump up in a dominant manner but then quickly loses interest and focuses back on the walk from what myself and one other Staff member have personally observed. Hugo does although, jump up more, will grip your legs and try to dominate whilst in our enclosed field. He has done this to myself and three other Staff members on a few occasions.

Everytime I have had Hugo in the field with me he has jumped up at my back and side. My natural reaction is to push him down and walk away. This behaviour is then escalated again within his kennel: From the beginning, as soon as you take off Hugo’s harness within the kennel, he will grip your leg and start to aggressively thrust. 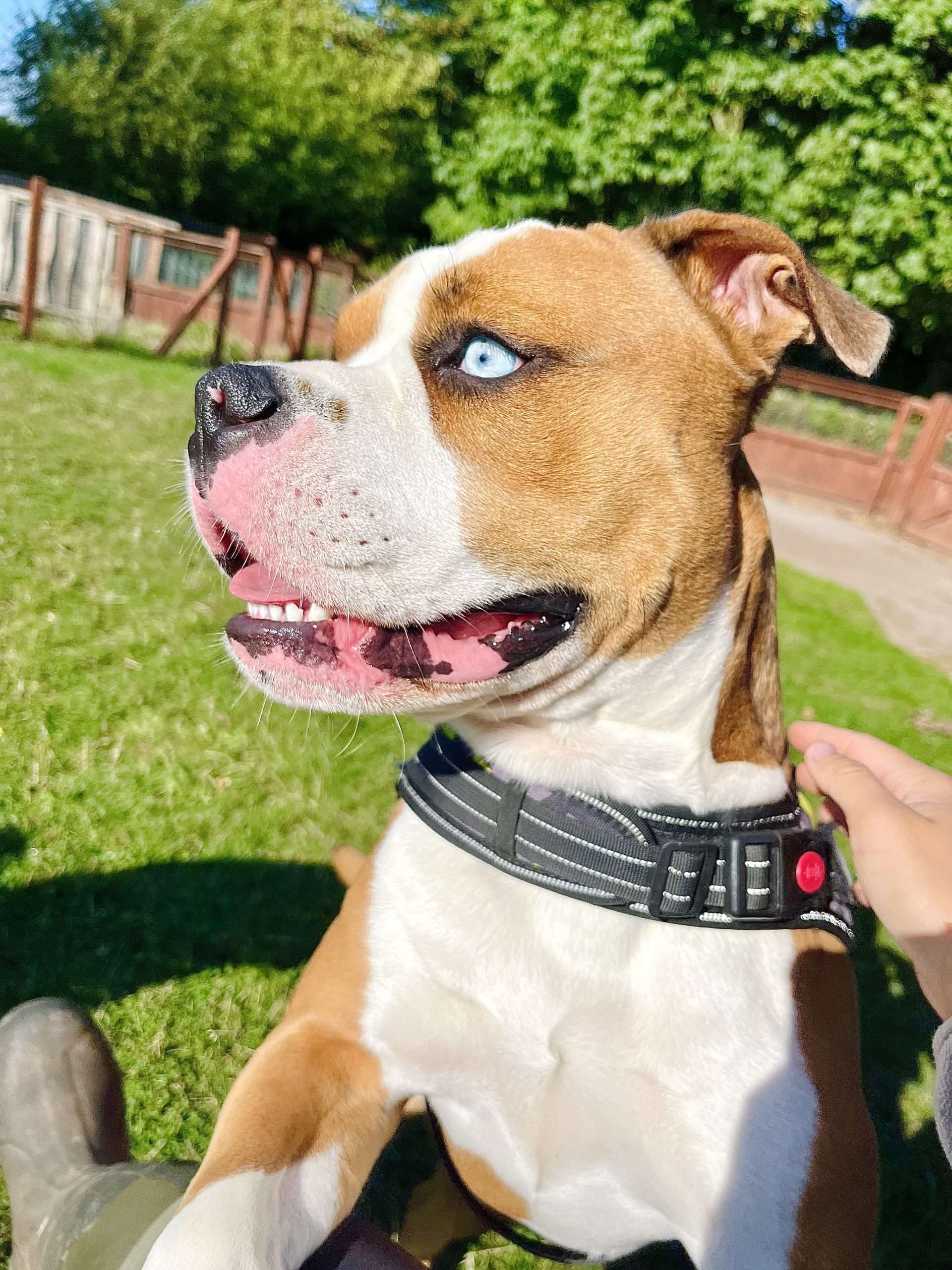 This has happened to myself on every occasion that I have put him back in the kennel and it has made it very difficult to exit the kennel and get him off me. I have walked Hugo at least 6 times in the past week. Yesterday I did the same routine with him as always but when he gripped my leg it was different, this time he was more forceful and would not ease up at all. This then proceeded to turn into Hugo, growling, snarling and latching onto my leg with his jaw, his stance changed from a leg grip/thrusting/dominant stance, to aggression.

At this point I was trapped in the corner of his kennel trying to get out, he then directed his attention to my right elbow. I eventually got myself out of the kennel by using force but he would not let go – this has resulted in a torn sleeve, puncture wounds to my right leg, right arm and excessive bruising on both. 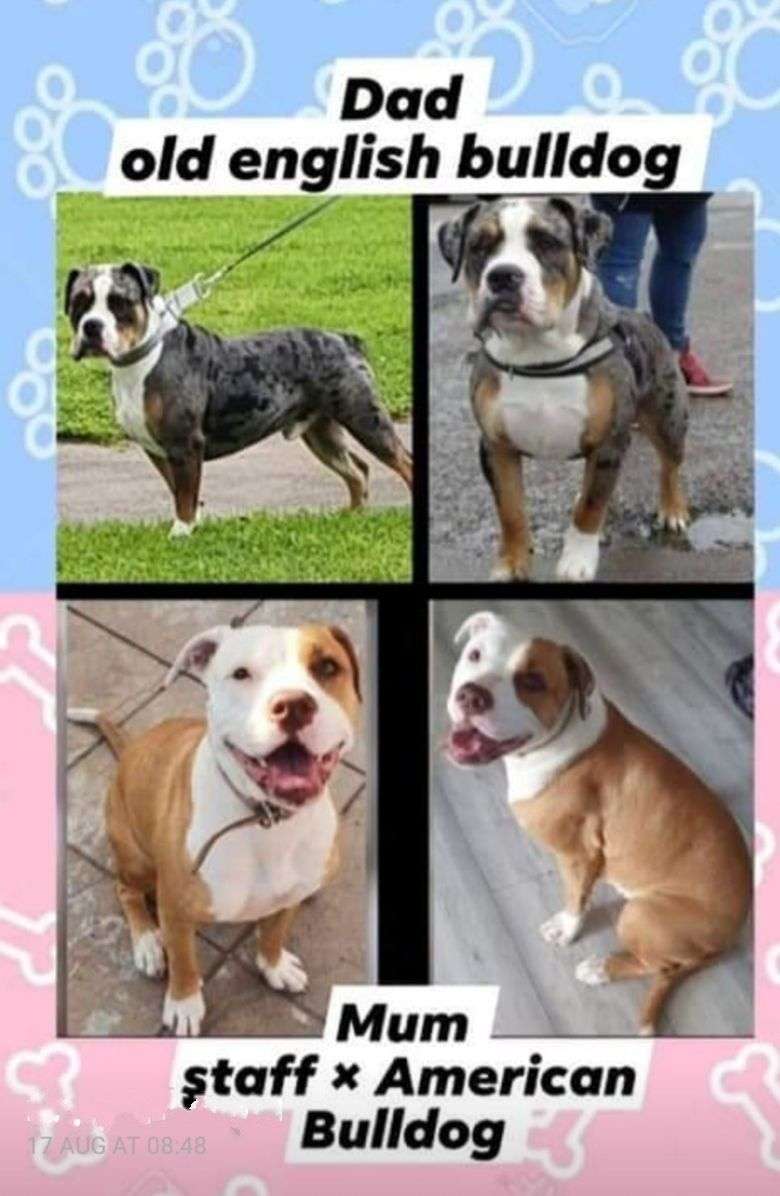 Immediately after this happened, Hugo was making a very high pitch whine and was very distressed in his kennel. Thrashing and throwing himself at the bars, which we have not seen him do before. I could tell from Hugo’s body language, gripping and bowed head that he was not willing to let me leave the kennel on that occasion for some unknown reason.

We currently do not have a dog trainer or behaviourist based at our Site. We are a very small team of five Staff that rely heavily on Volunteer help and assistance. We do not feel that we can rehome or help Hugo in his current state and are asking for ANY help at all to aid him.

10 Different Types Of Dog Body Language and What They Mean