Dona is a 2-3 month old female Labrador Cross. Once again we’re seeing a huge rise in the number of puppies needing help! This lovely litter were abandoned together and once rescued, taken to a local municipal pound. Of course, none of them were microchipped or had likely seen a vet before in their short lives so they’ve just started their vet prep and will therefore be ready to travel in September.

Although they’re new intakes at the shelter and therefore still finding their feet and emerging from their shells, we are starting to see glimmers of their individual personalities which we hope will become more distinctive over the next few weeks. Gorgeous Clarice is gentle and affectionate. She’ll inch closer to you for a chin scratch if you dare to stop. She looks the most Labrador of the litter so far, and is quite the poser for a photo. 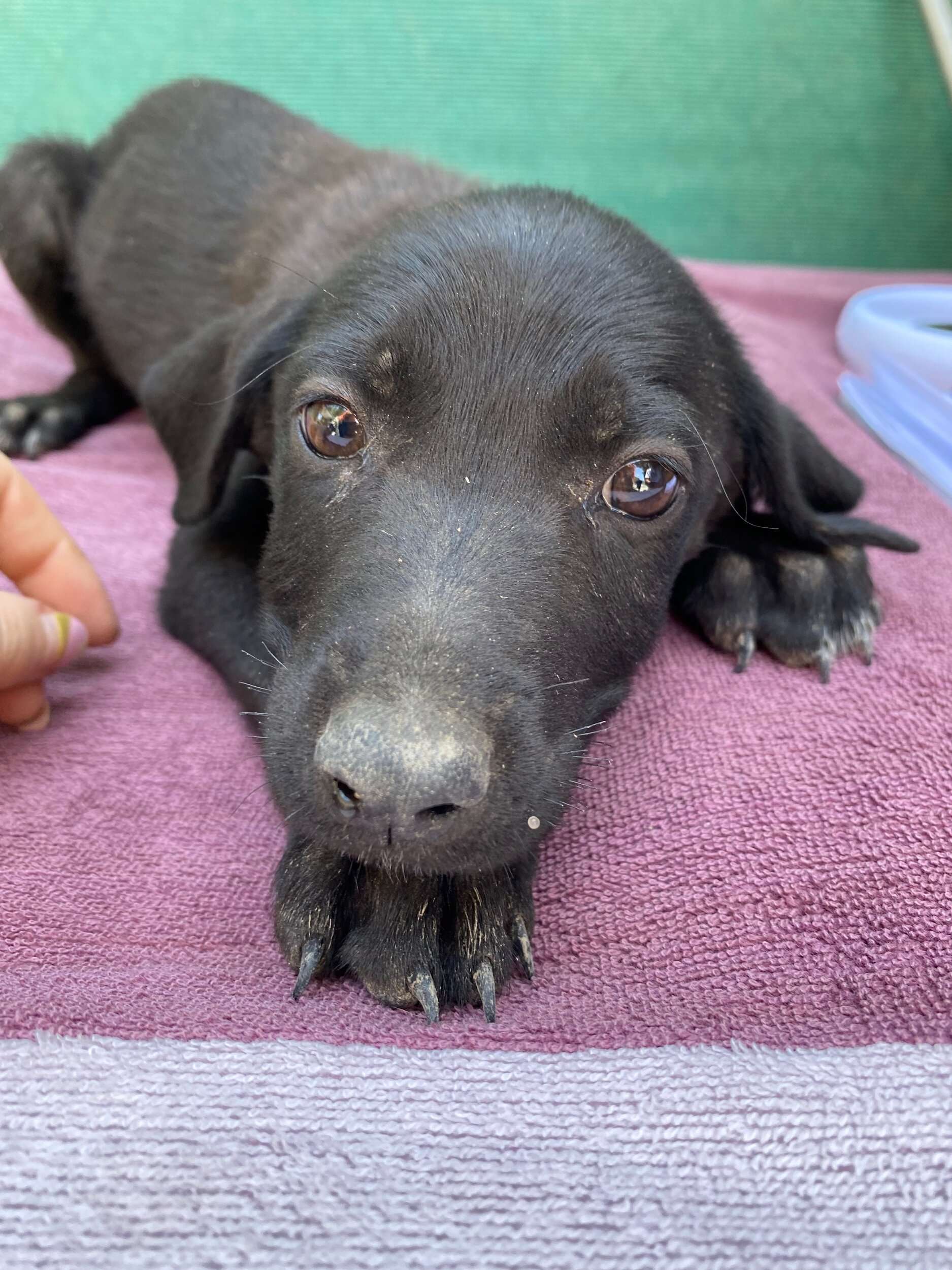 She has soulful eyes and although a little shy to meet new people at the moment, her tail wags with excitement after a little while, especially when she’s had the chance to watch her siblings interact first. Anita and Carina are the two smallest of the litter – they’re tiny!

They might catch up to their siblings as they get a bit older but right now they’re significantly smaller. Anita is a firm favourite of the children who visit the shelter and is used to being picked up and stroked. She is very calm at the moment and loves being in the company of people who just fuss over here. 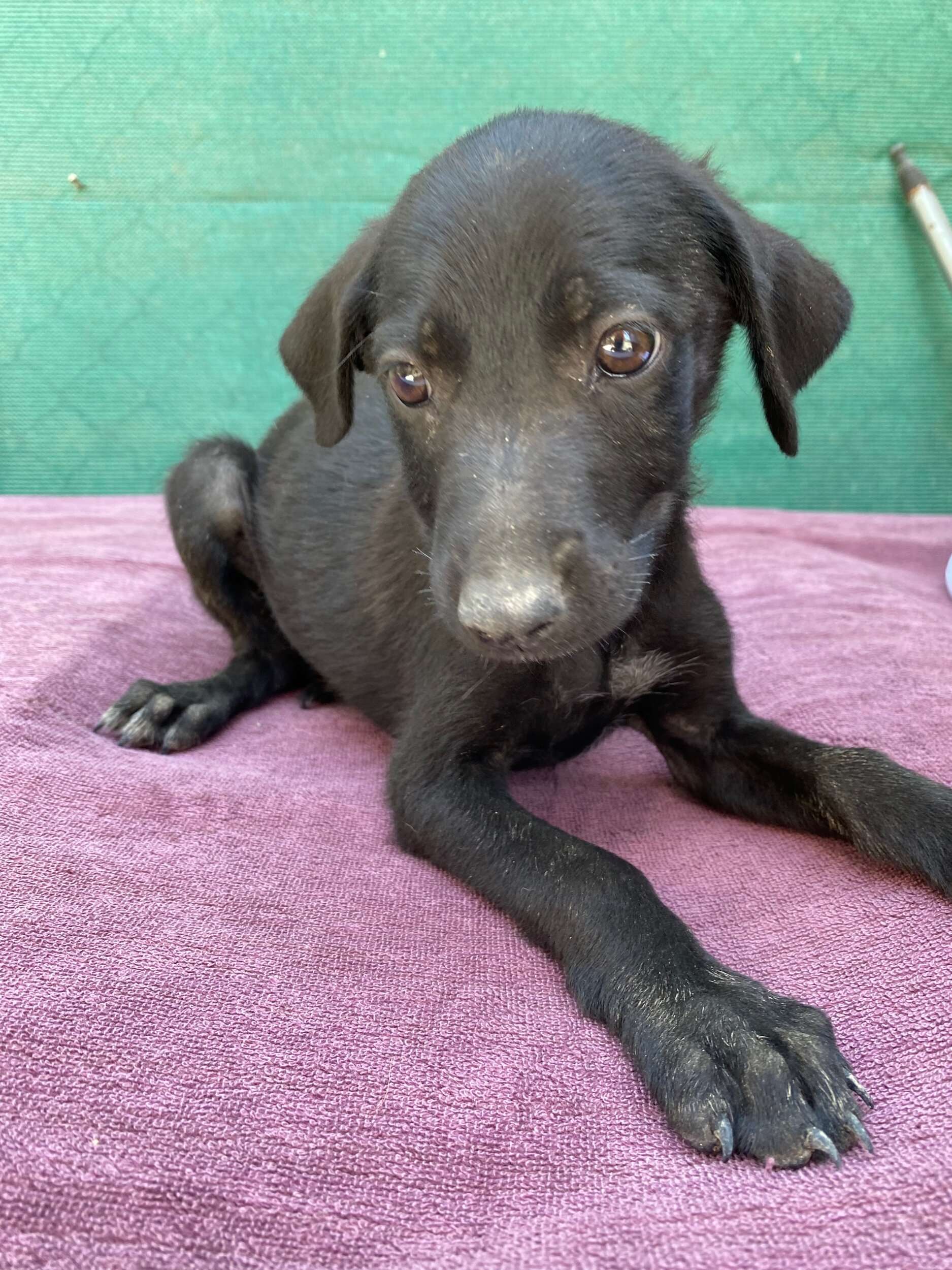 Carina is a little bit shy and needs a bit more time to warm to new people. She loves piling on top of her siblings for a nap and we think she would like to live alongside another dog. The only boy of the group is handsome Gustavo – he’s very curious and confident, similarly to Allegra, who is always keen to explore and is a leader to her siblings.

They’re the two biggest of the litter so far and are leggy and playful. They’re very friendly with people and more bold than some of their sisters. And lastly Dona, who has the smoothest coat of the litter and has a bright, mouse-like look to her sweet face. 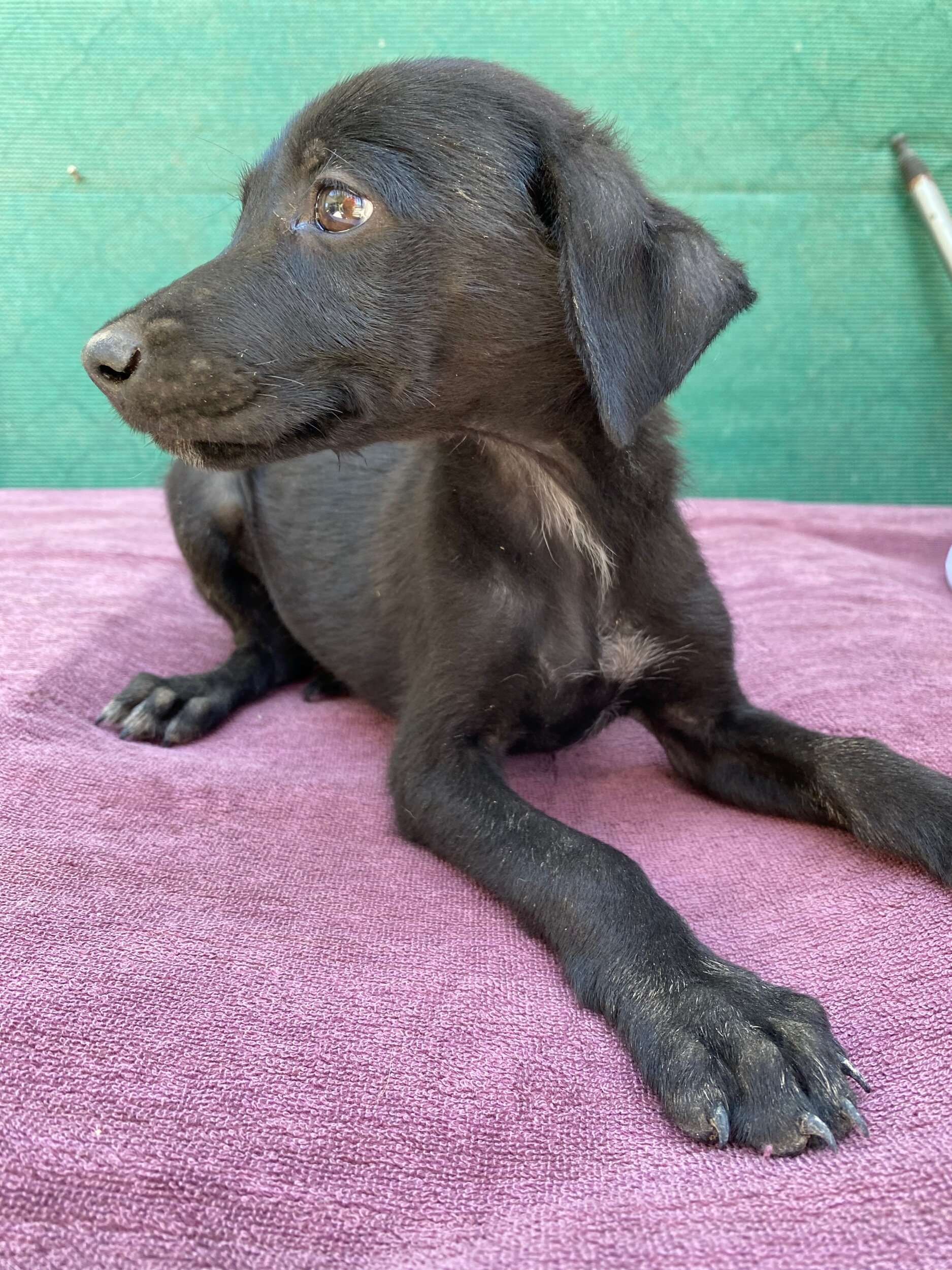 She can be a little apprehensive with new people at first, but her confidence has already improved a lot in a short space of time, and so we hope this will continue. She loves a tummy rub and is quite happy being handled and stroked. It is very difficult to ascertain the breed mix of the pups as they’re very young, and we don’t know their parents, but so far we’re seeing a little bit of Lab in some of them. 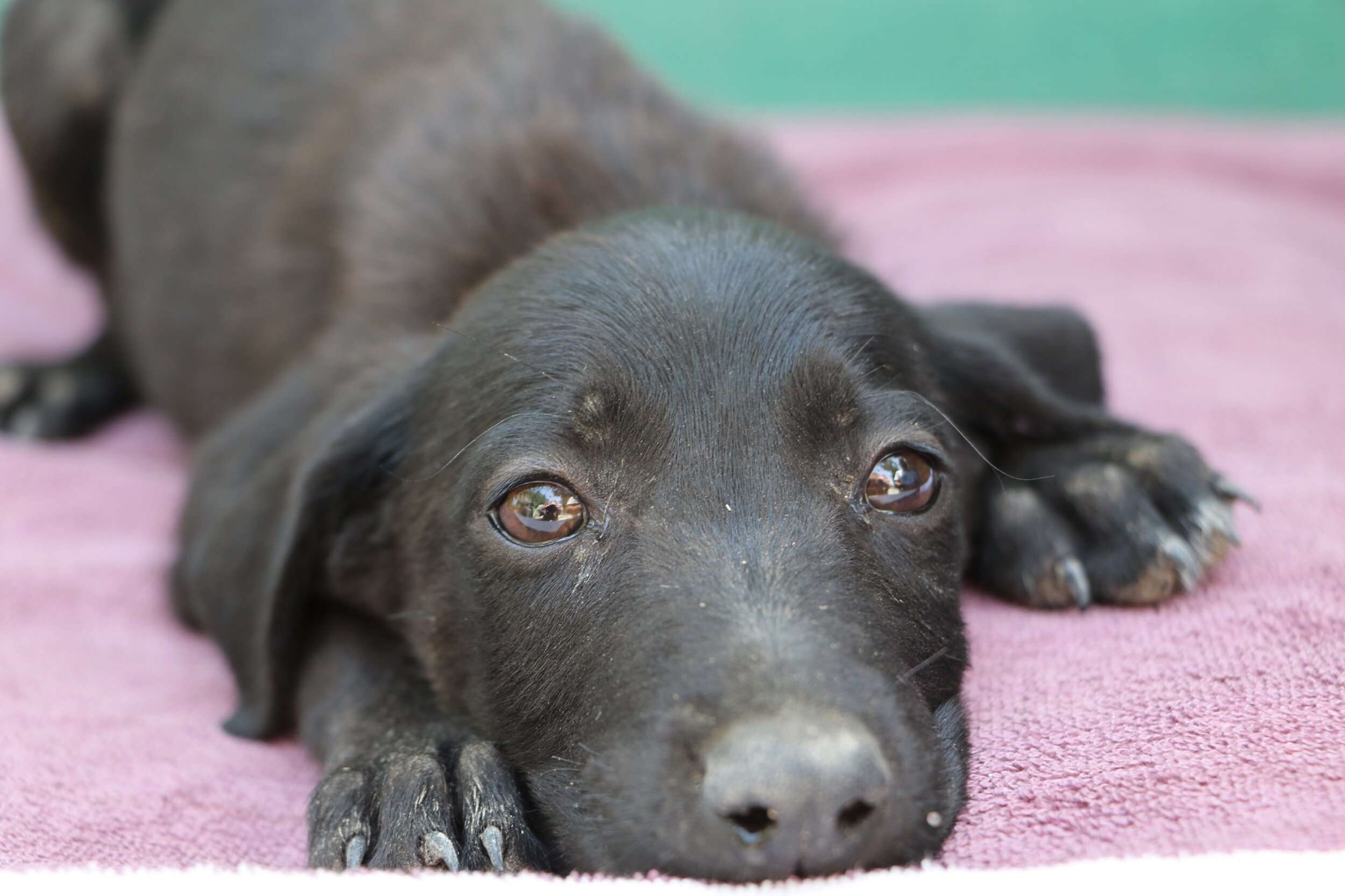 We think they will grow to medium sized adults, with Anita and Carina being slightly smaller, and so far they have been fantastic with other dogs and young children. They’re not cat tested, but could learn to live alongside them if adopted alongside confident, dog savvy cats.

They would prefer homes outside of the city and we’d like them to have access to their own gardens, and a moderately active lifestyle. The pups are currently based in Cyprus, have a clean bill of health, and will be ready to travel in September.

Dog Training: How To Completely Train Your Dog