Julian is a 2 year old male Pointer Cross. Julian and Jake were owned by a hunter in Cyprus who no longer wanted them. Both boys are very calm and submissive, so we can assume they likely weren’t the best at their ‘job’. We’re grateful however, that rather than dumping the boys, they were surrendered to the shelter. Julian is utterly adorable and has such a gentle, sweet personality.

He is very submissive and a little apprehensive with new people. When we met him for the first time he was excited to see us through the bars of his kennel but when we opened the door he recoiled into this basket, unsure of what we might do to him. When he realised that we weren’t going to hurt him his tail started wagging a mile a minute and he came up to nose us for a cuddle. He just needs a lot of reassurance, so it’s very likely he hasn’t been treated well in the past. Although Julian is a submissive character, it doesn’t take him long to approach new people. 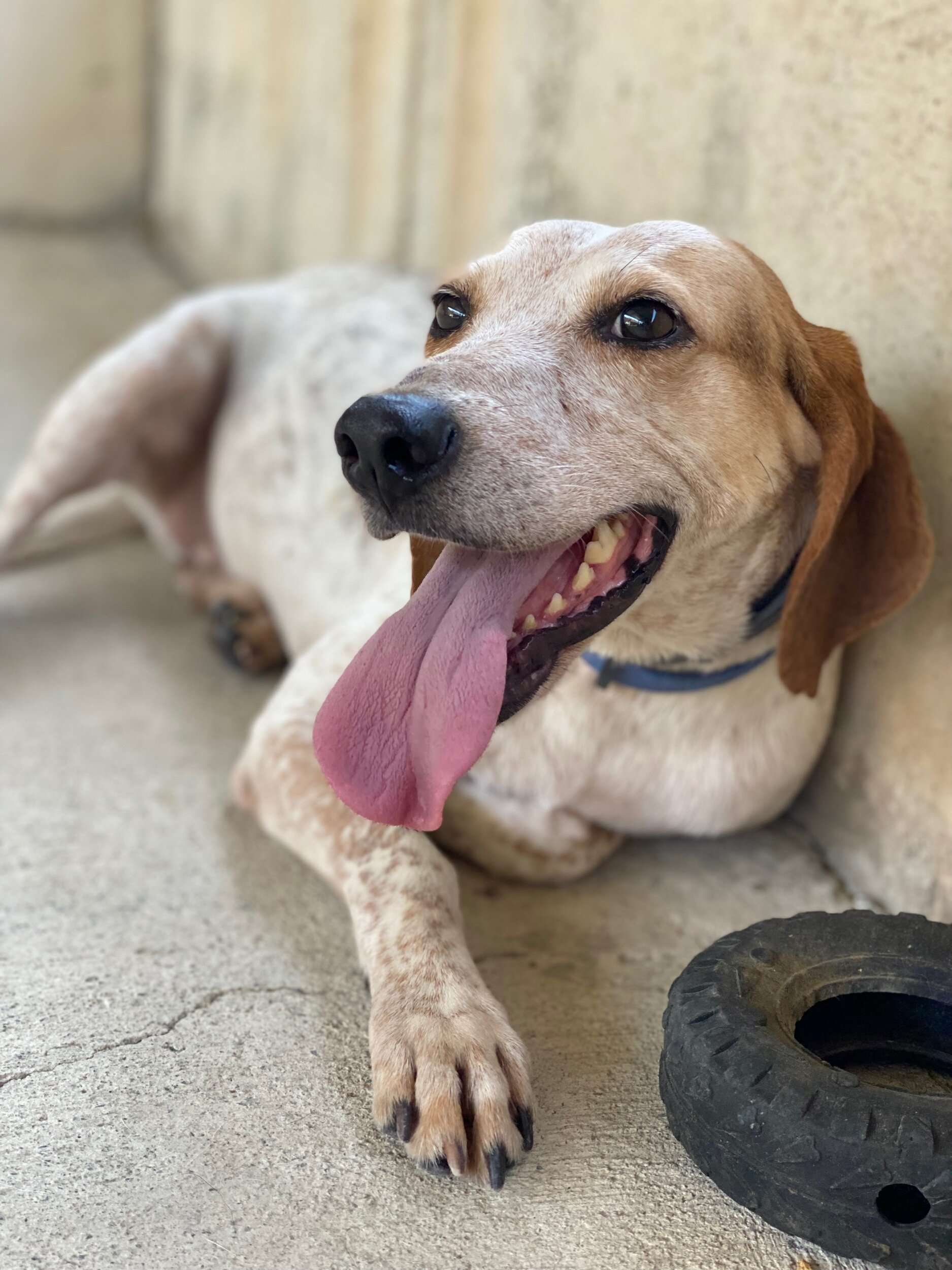 He really enjoys being stroked, cuddled and having his belly rubbed, and if you’re sat on the floor he likes to crawl as close to you as possible, to the point he’s almost lying under your legs! He seems to be slightly more confident around women, which sadly isn’t uncommon in rescues. Julian is brilliant with other dogs and plays very well with both males and females in the yard. He doesn’t appreciate being dominated by other dogs and prefers chilled out characters to play with, but he’s definitely a lover and not a fighter. 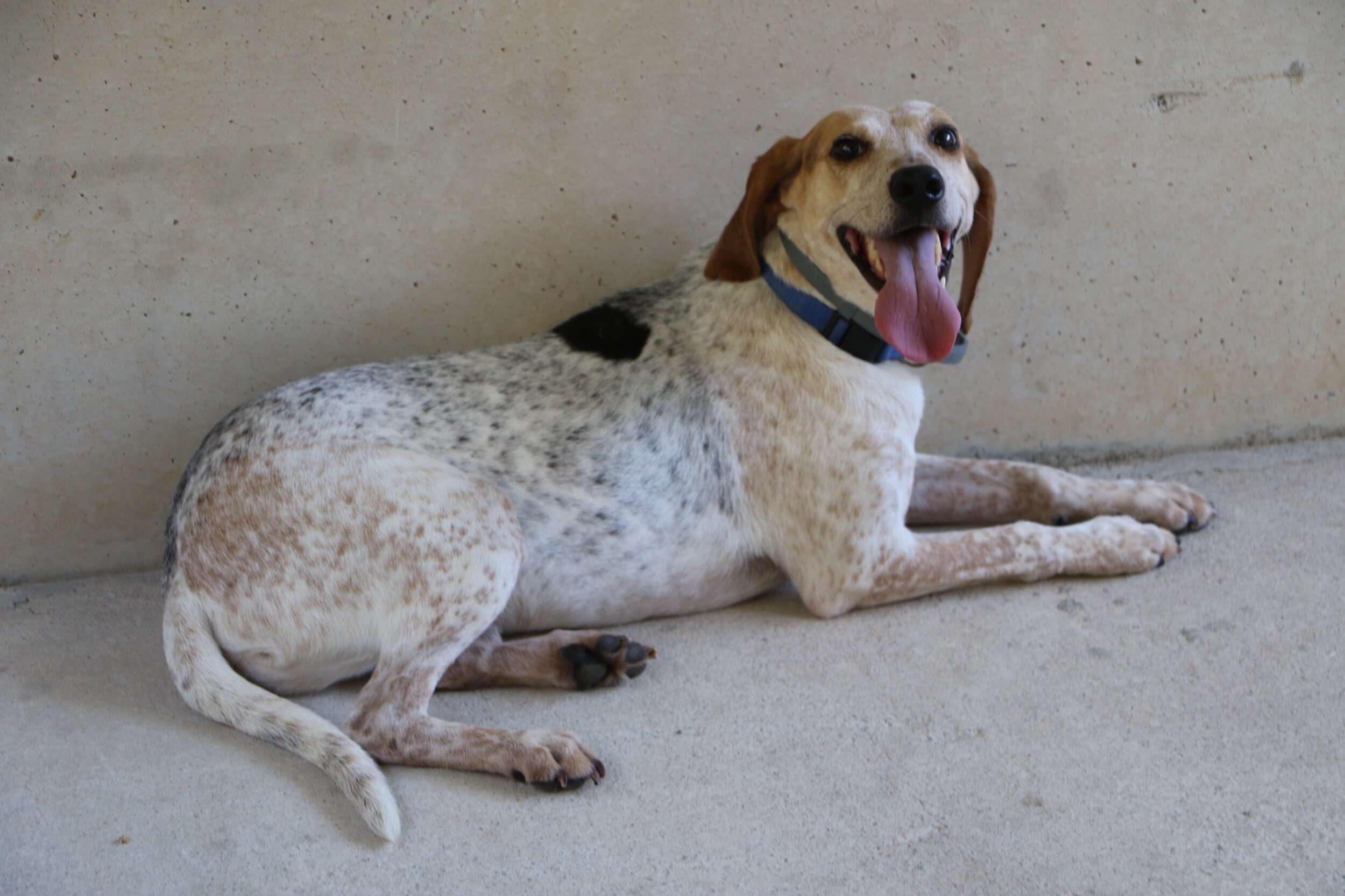 He’s here to have fun, make friends and take treats if you have any! We think that he might prefer a home with another dog, as he feels more confident in the presence of other dogs and we think this would help him to adapt to an unfamiliar environment more successfully. We don’t think that Julian has had any experience living in a conventional home like most companion dogs, and therefore his new family need to understand he will take time to adapt. You can clearly see when he’s unsure about something, such as going on the lead, or being stroked by a new person, but he definitely has the capacity to overcome this with a kind, gentle family. 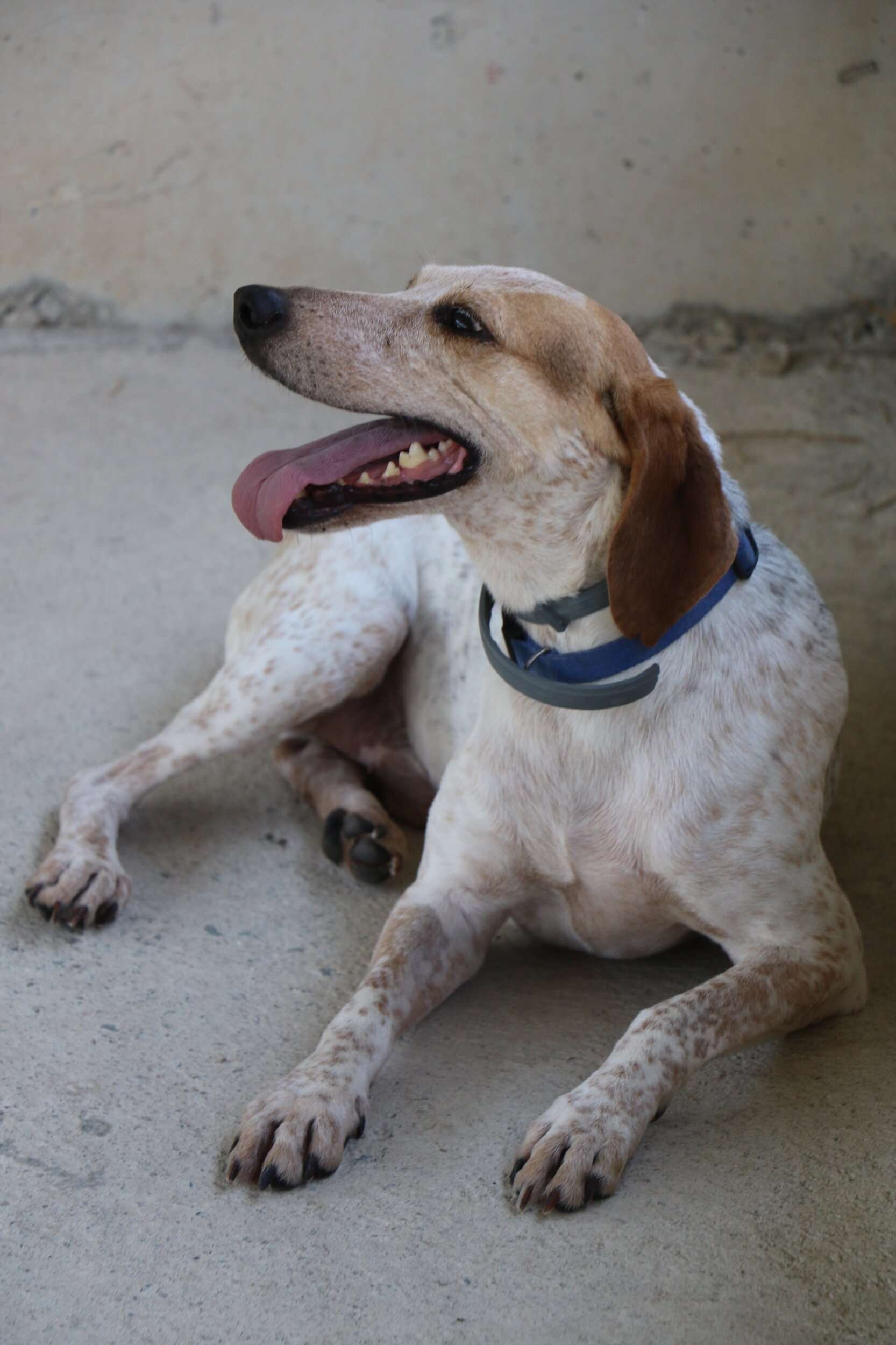 We think at some point Julian has been hit by his previous owner, as he will flinch and lower his body if you move unexpectedly or go to put a lead on him. Julian’s ideal home would be a fairly active family based in a semi-rural location. Hounds love to be outdoors, exploring and following their noses, so Julian needs plenty of opportunities to exercise his natural behaviours. He is very eager to please and we feel he would respond well to some basic training, especially in lead walking and recall – an area that rescue hounds often struggle. 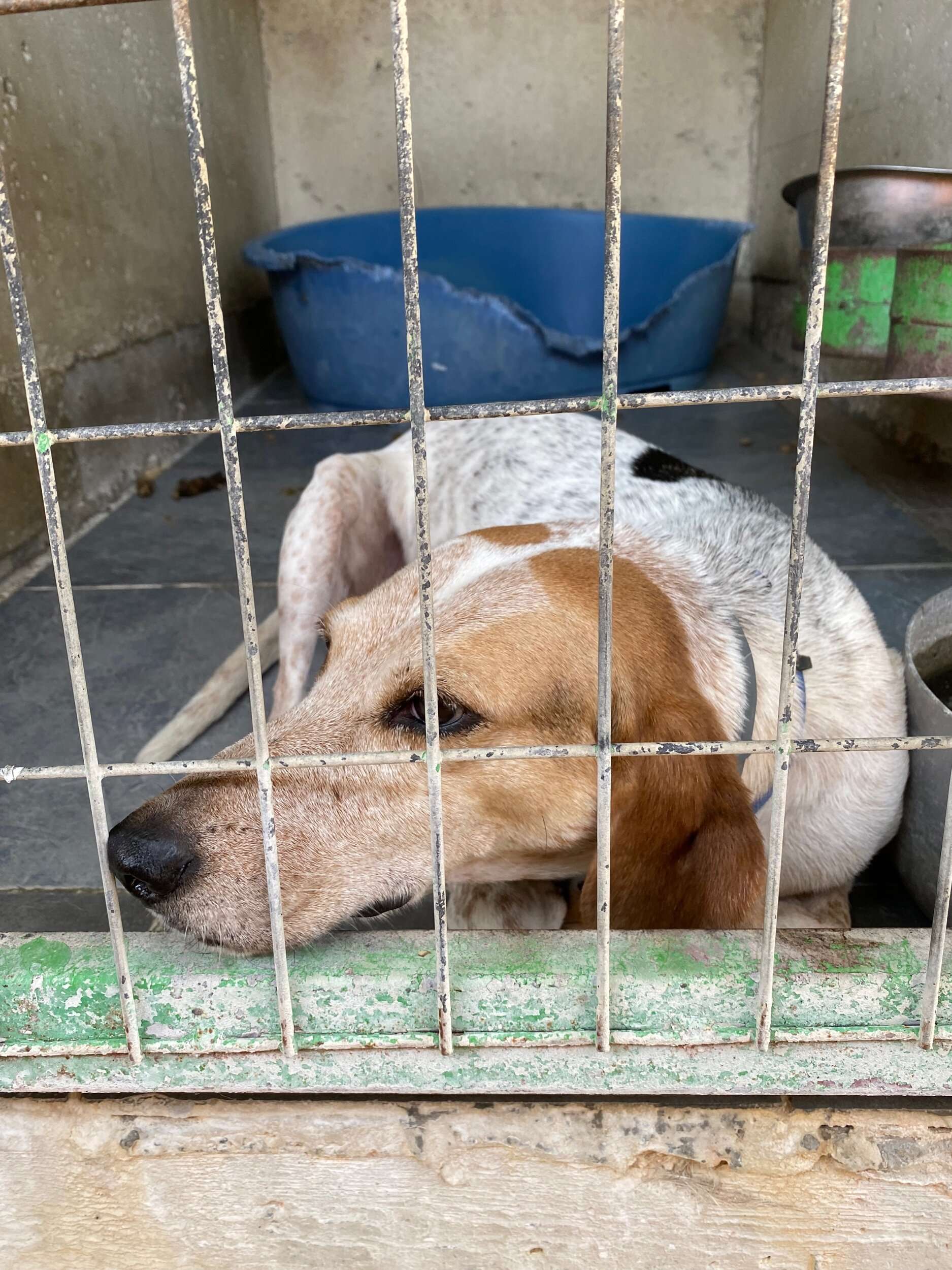 He hasn’t had any experience with young children from what we know, but we feel he would be comfortable in a home with children aged 10+. Younger children might be a little overwhelming for him and we don’t want him to become fearful or stressed. Overall though Julian is a very sweet natured soul and given the opportunity to become a companion we think he is really going to come out of his shell. Julian is currently based in Cyprus and has a clean bill of health. He is ready to travel once he finds his forever home.

Are Newfoundland Dogs Hypoallergenic? An Allergy Sufferers Guide to Dogs