True is a 3 month old male Cross-Breed. True and his siblings were abandoned outside a school in Cyprus and as the shelters were all fit to burst, the school allowed them to stay on the premises for the weekend so they were safe. Unfortunately shortly after their rescue True contracted Parvovirus as he was unvaccinated, so everyone’s nerves were in shreds to see if he would be strong enough to beat it.

Thankfully, he was. The vets were fantastic and he has now made a complete recovery. He has now started his routine vaccinations and will not have any lasting impacts of Parvo, so it’s onwards and upwards from here! True is currently in a foster home where he is loving life. He is such a cheeky, charismatic and funny little soul who loves causing mischief and attempting to play with the older dogs. 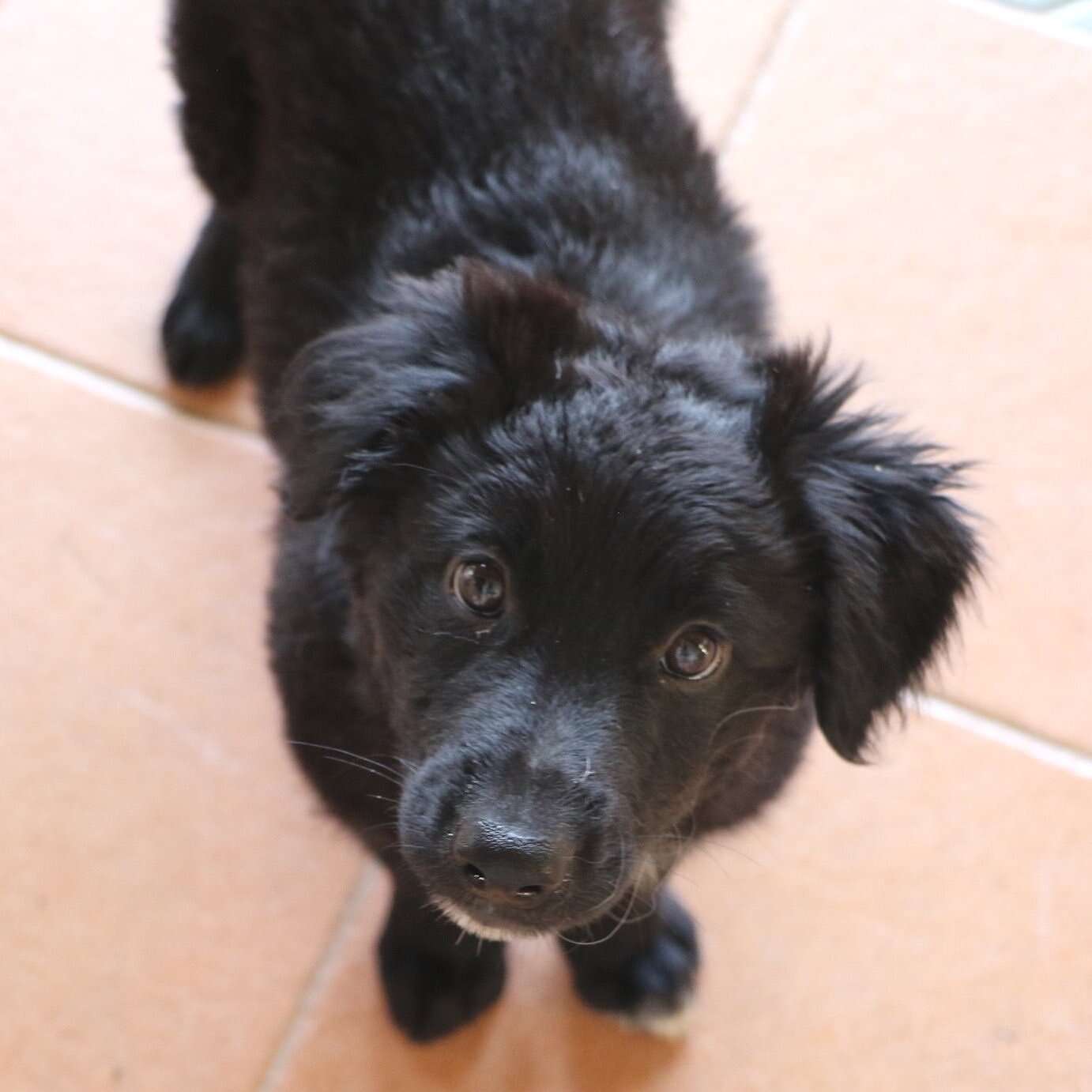 Unfortunately they’re not always too keen to play, so he spends a lot of time rolling around on his back trying to entice them, or chasing after their tails. He would absolutely love a home with a playful dog who he could rough and tumble with. He is very sociable with other dogs of all shapes and sizes – his closest pals are a bulldog, a Yorkshire terrier, and a poodle, so we can confirm he is definitely dog friendly. True is a confident puppy and has no issue introducing himself to strangers. Once he knows he’s going to be fussed over he’s all over you. 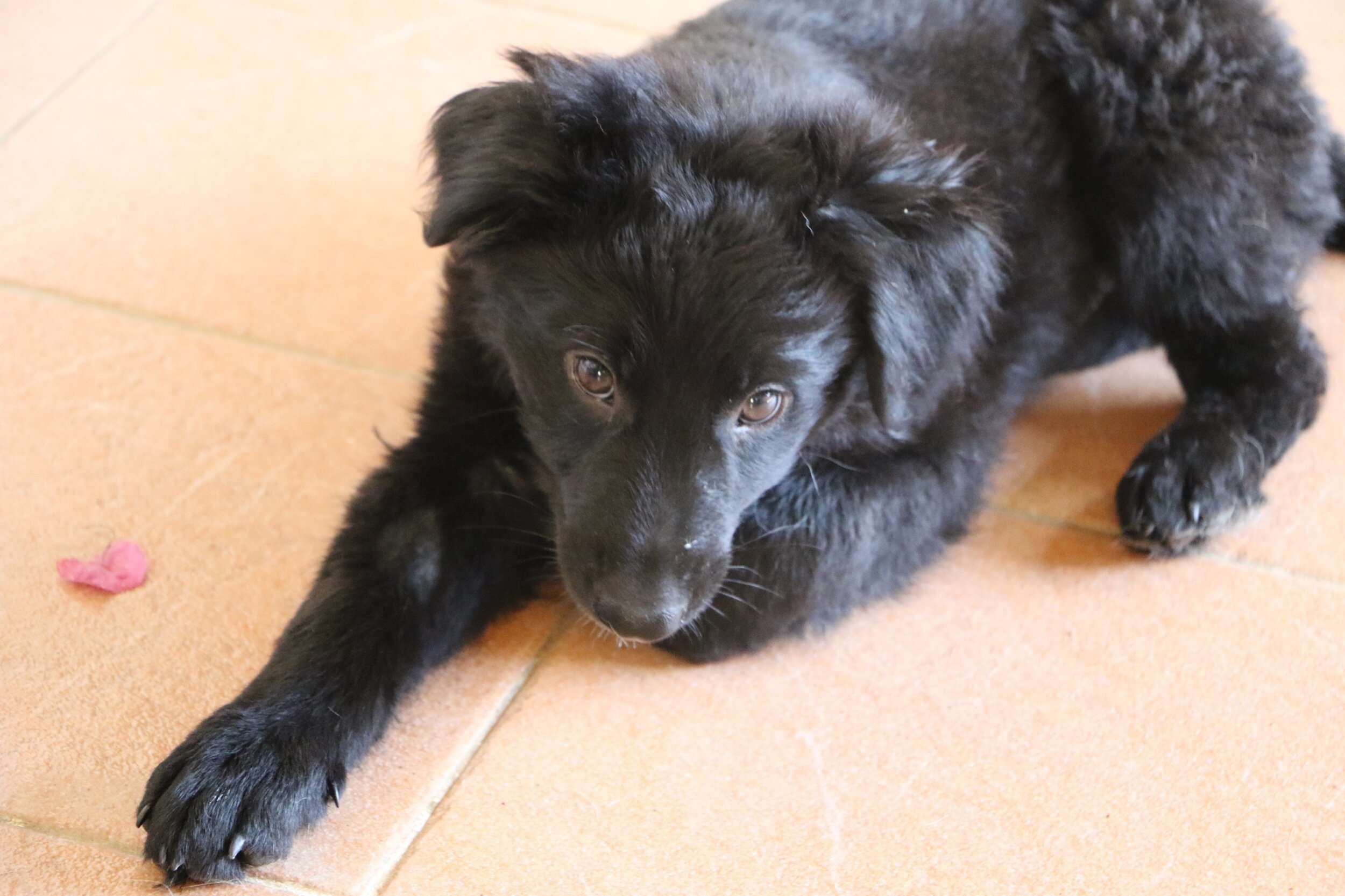 He loves a belly rub and a chest scratch. If you get the perfect spot his leg twitches with a mind of it’s own! He can be picked him, stroked and cuddled, and has no complaints when he’s the centre of attention! True is adaptable and takes everything in his stride. He doesn’t flinch at loud or unfamiliar noises, instead he usually shows intrigue, and he’s generally a very curious little guy. Being a typical puppy he gets distracted easily and can go from playing with a chew toy to chasing a leaf in a matter of seconds. 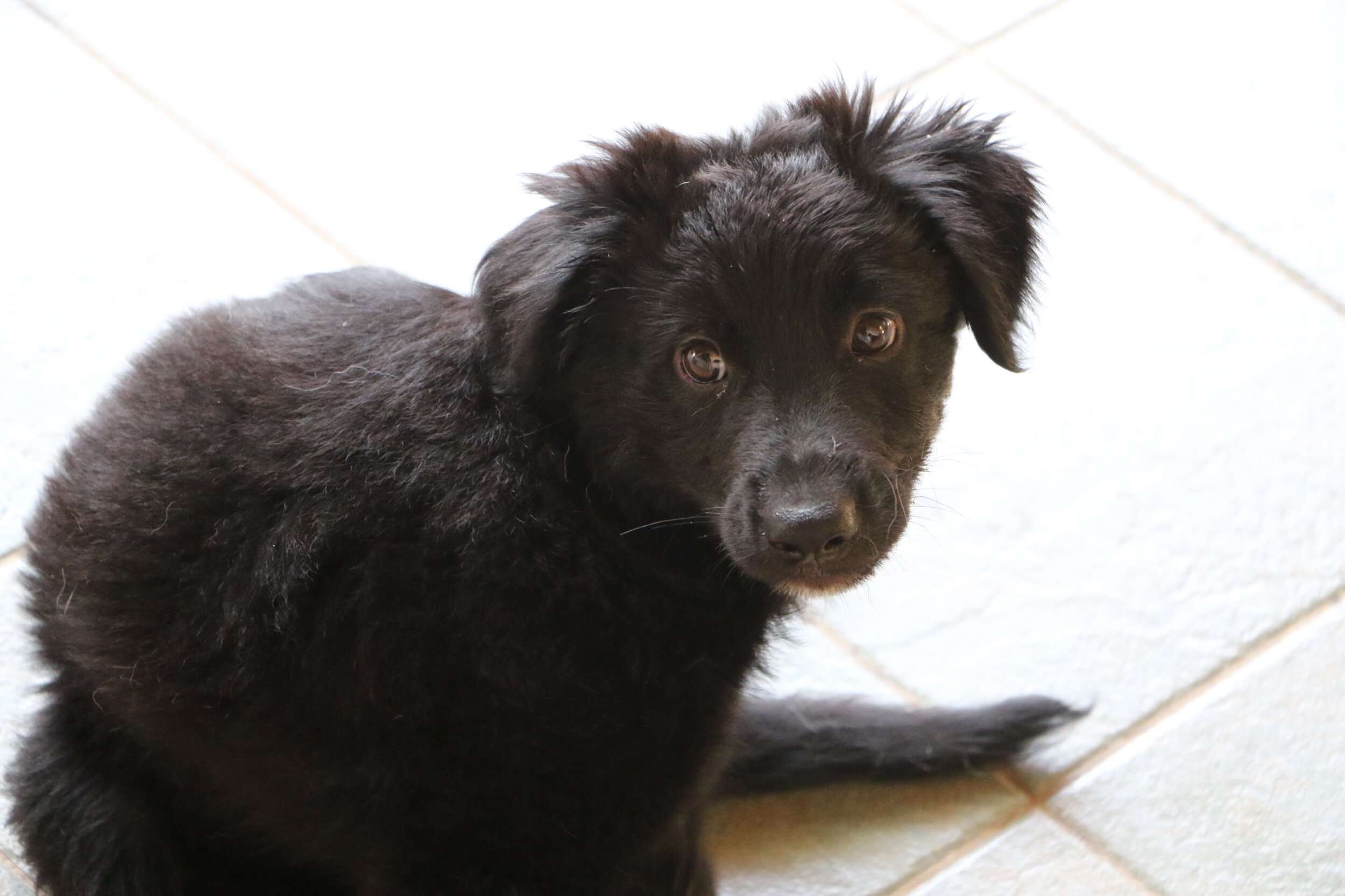 Everything is exciting to him! True would make a lovely family companion. Although he hasn’t had exposure to young children we feel he would be suitable to be homed with children aged 6+. He is at the teething stage, so children’s toys need to be out of reach!

He can definitely live with other dogs, but hasn’t had considerable experience with cats. With a confident cat who can show him who’s boss we think he would be fine. True would definitely like a home with a garden, and we think a home slightly outside of the city would be most suitable for him. 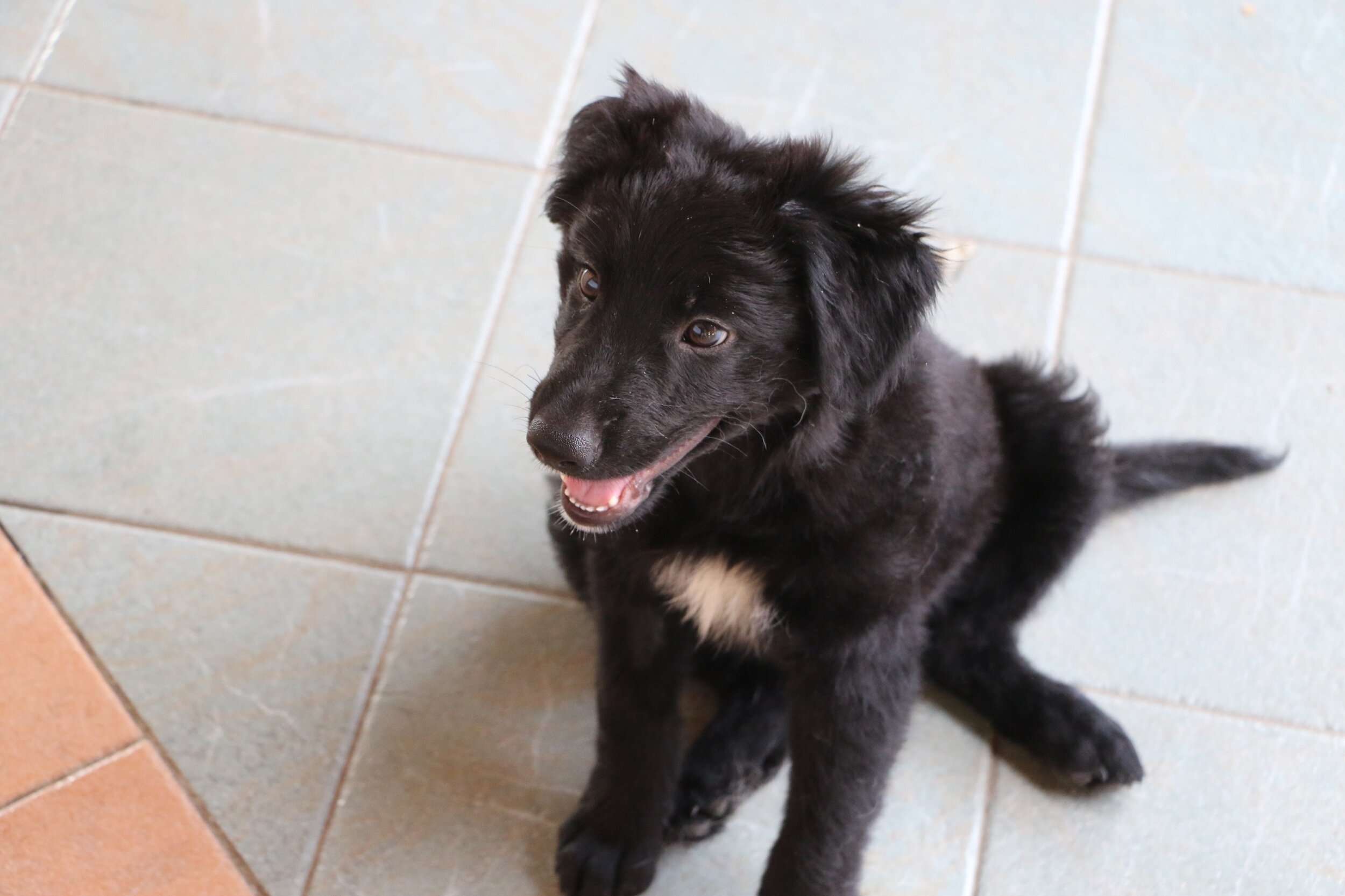 As a pup, he will need training and continued socialisation to help him grow into the best version of his adult self, and as he’s so clever and loves being rewarded we think he will excel with some training. He also doesn’t have experience walking on the lead yet.

Although we’re not certain of his breed mix, we think he is likely to grow to around 15-18kg as an adult, although this is of course only an estimate. True is currently based in Cyprus and has a clean bill of health. He is ready to travel in September, once he finds his forever home.

How Long Does It Take to Spay a Dog?