Liv is a 3 year old female Terrier Cross. She was found as a stray in Cyprus and brought to the municipal pound by the dog wardens. We waited two weeks to see if her family might be looking for her, but no one has come forward to claim her. Unfortunately at the moment we are seeing a huge increase in dog abandonments due to the cost of living increasing, and we think Liv was probably a victim of this.

GREAT NEWS! This Dog Has Now Been Rehomed

Thanks to good people like yourself who use dogsblog.com on a daily basis, this dog has now found a new, permanent loving home. There are more dogs still looking though…

Allow us to find your new PERFECT canine friend with our dogsblog.com matchmaker service. Enter your details below to receive a tailored, hand-picked list of available dogs for adoption…

She’s a sweet, small girl, and has likely had a home in the past. Liv is a terrier mix and thought to be around three years old. She is currently sharing her compound in the shelter with over a dozen other dogs and despite being the smallest, she manages the pack! Liv is an easygoing character but doesn’t hesitate to be bossy where it’s needed. She doesn’t appreciate being stepped on by the bigger dogs or boisterous puppies, and she’ll bark at them to get them to leave her alone if she feels her space is being invaded. 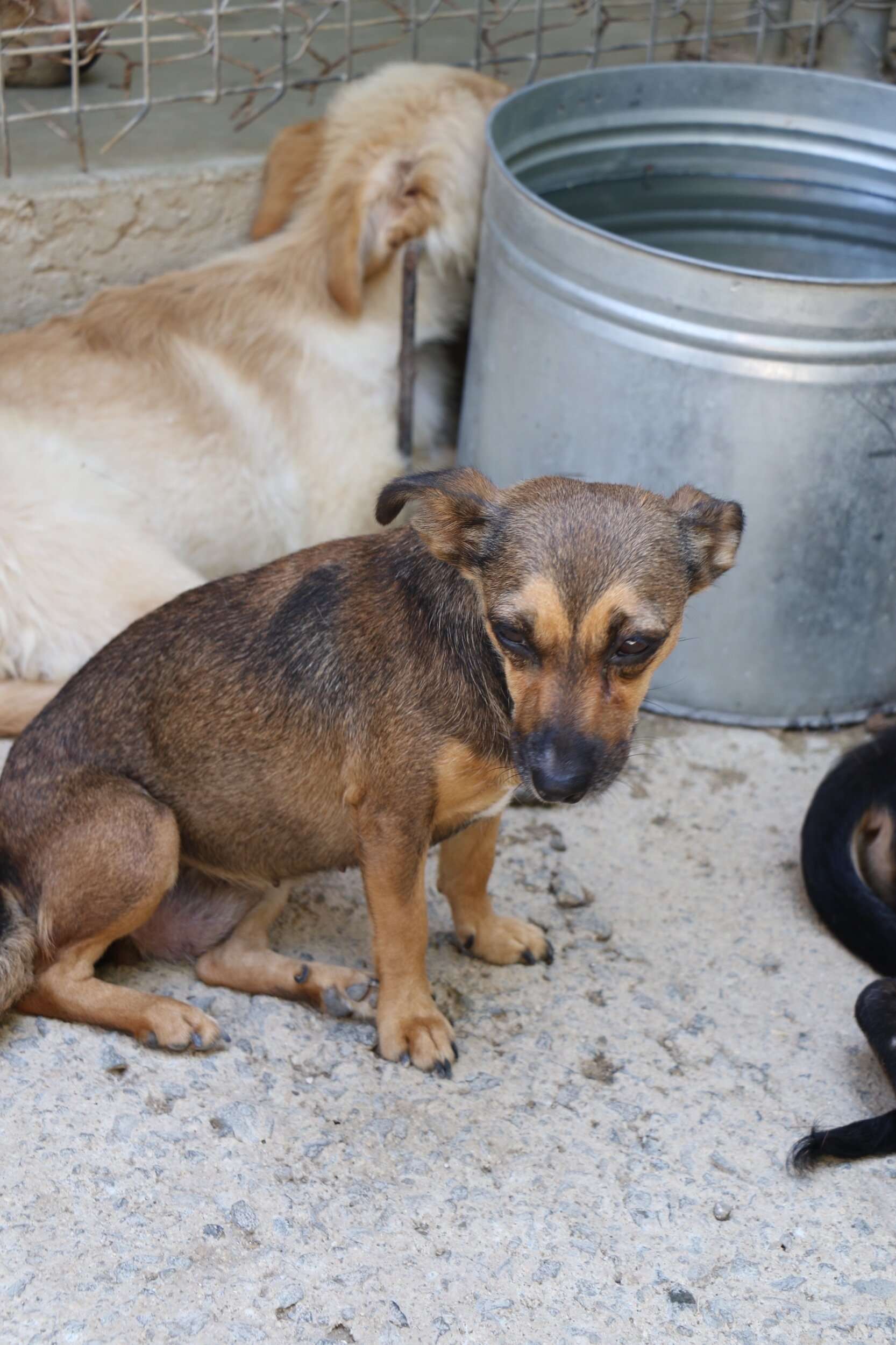 She only speaks up when she really has something to say though, otherwise she’s a chilled little girl and is just looking for a quiet life. Liv is calm and friendly with people, but would definitely appreciate more 1-2-1 focus than the shelter can offer her. She is adaptable, quietly confident, and would enjoy a home where she can live a peaceful life, have a little garden or balcony to lounge around on, and enjoy some leisurely walks. She doesn’t ask for very much. She does also tend to look like she’s having the worst day ever whenever her little dobby ears are flat to her head, but she is generally quite a happy little character! 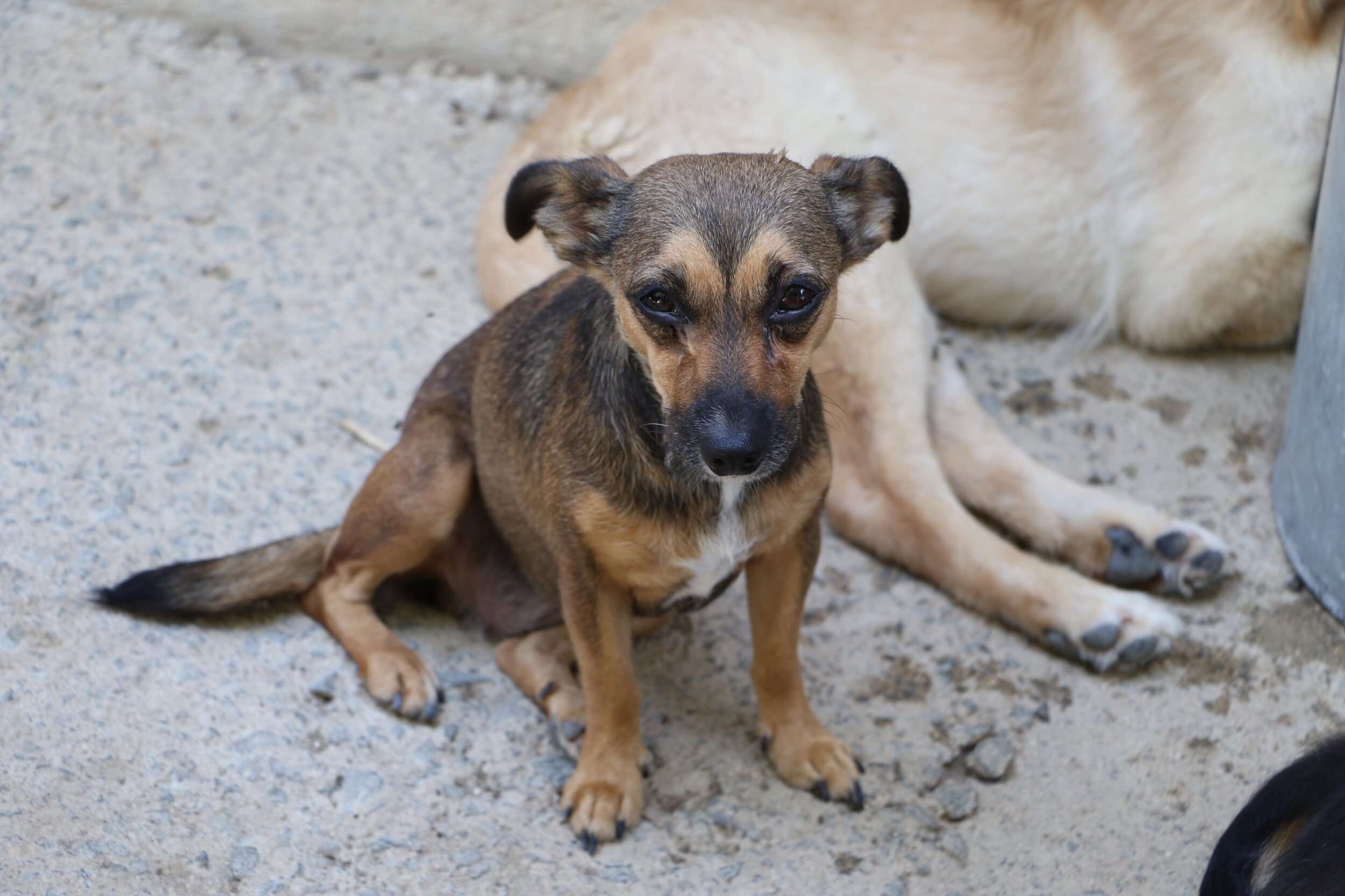 Liv prefers to chill out with dogs of a similar temperament and size to her. She’s not an overly playful dog in the shelter at the moment, although this might be because she is still settling in. She prefers to be outside of the action, observing what’s going on around her and taking it all in. She loves being fussed over by the volunteers and would love a home with someone who’s job is home based, so she can have lots of company during the day. She also enjoys a belly rub and an ear scratch, so you must be able to offer these regularly! Liv hasn’t had much opportunity to interact with children whilst in the shelter but we think she would be happy with older kids, aged 9+. 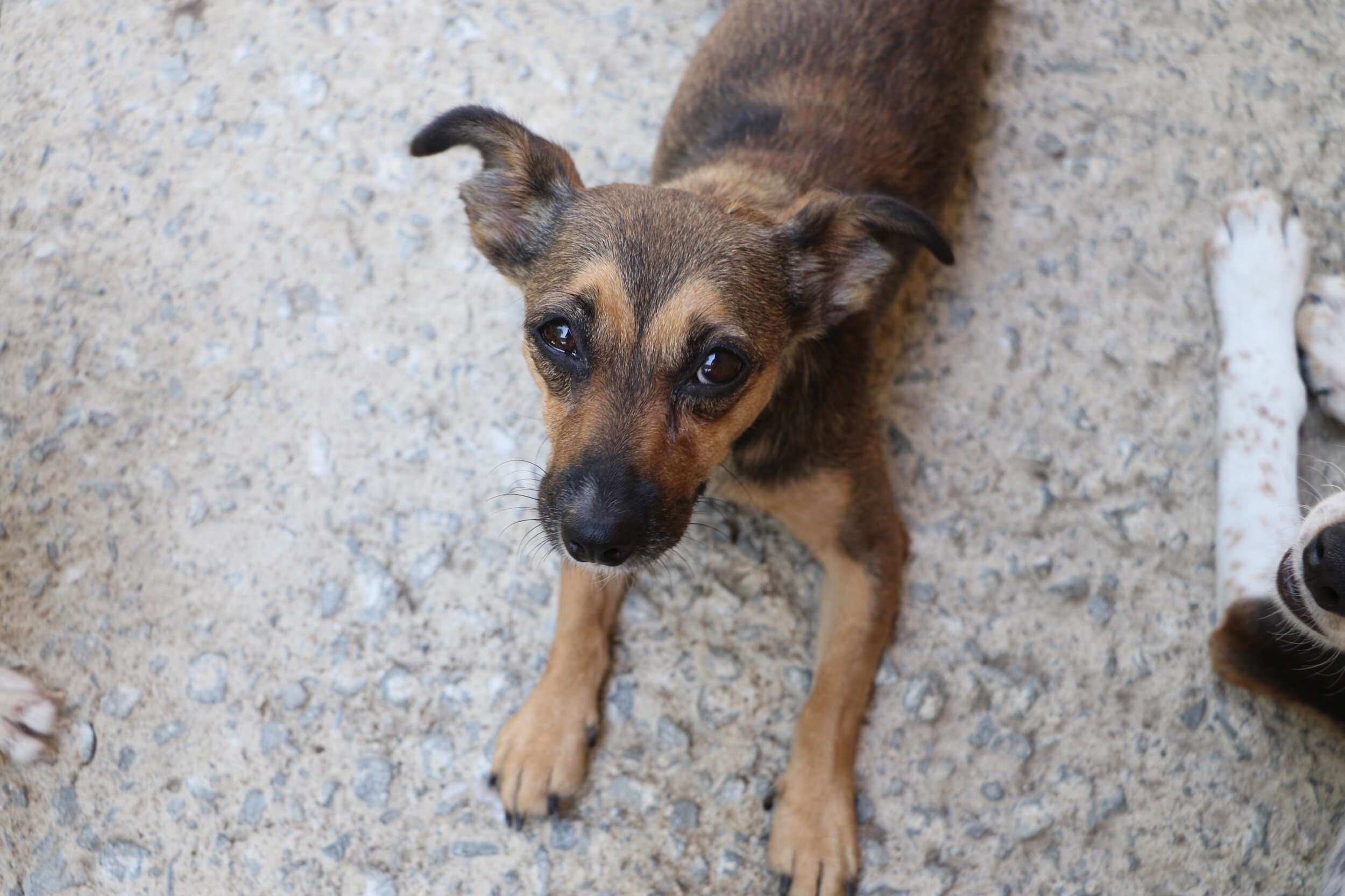 She can live alongside other dogs if they’re the right match for her (based on the above info), but hasn’t had any exposure to cats. Terriers can often be chasers, so we would be airing on the side of caution for any applications that have resident cats unless you have good experience with dogs and cat/dog integrations. Aside from this though, Liv would be happy in almost any home as long as she has lots of cuddles, a calm atmosphere, and a predictable routine. Liv is currently based in Cyprus and has a clean bill of health. She is ready to travel once she finds her forever home.