Sandy is a 4 month old female Cross-Breed. She was found as a stray and brought to the pound. She’s only around four months old (estimated DOB 15.04.22) so we can assume that she was probably an unwanted puppy, which sadly is the case for a lot of dogs that come through our gates.

Sandy is a small sized girl and won’t grow significantly between now and her adult size. She is a sociable, confident and playful puppy, and is very people oriented. Whilst she does get along well with other dogs she’s not as interested in their company as she is with being around people. She is super trusting, loyal and friendly with people, and would love a human to call her own. 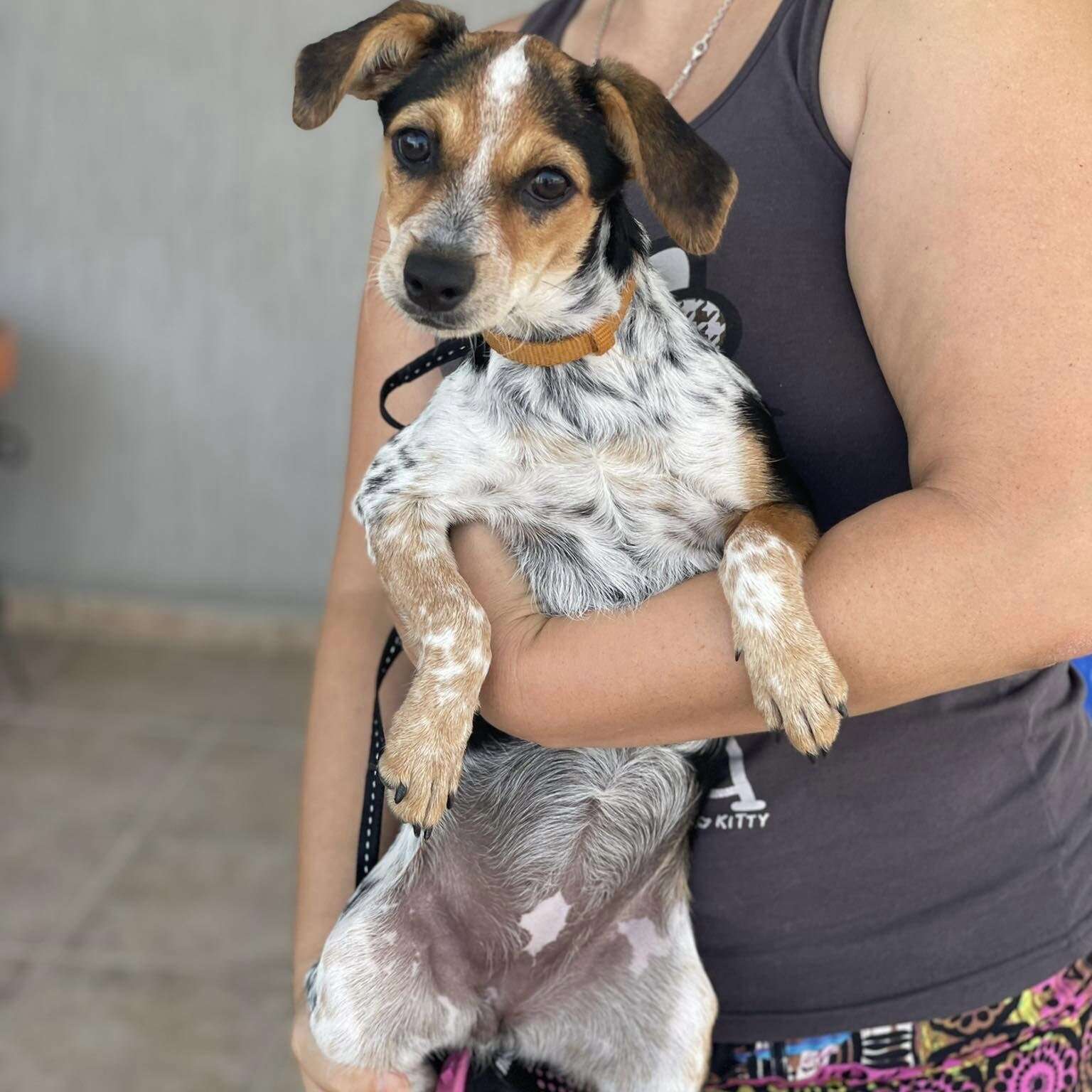 Sandy has learnt how to walk well on the lead and trots obediently beside you when she goes out. She enjoys her walks and would be best suited to a home slightly outside of the city where she’s away from busy roads and constant traffic. She would also benefit from having direct access to a small, secure garden, as despite her small size she can have big bursts of energy and loves to run! 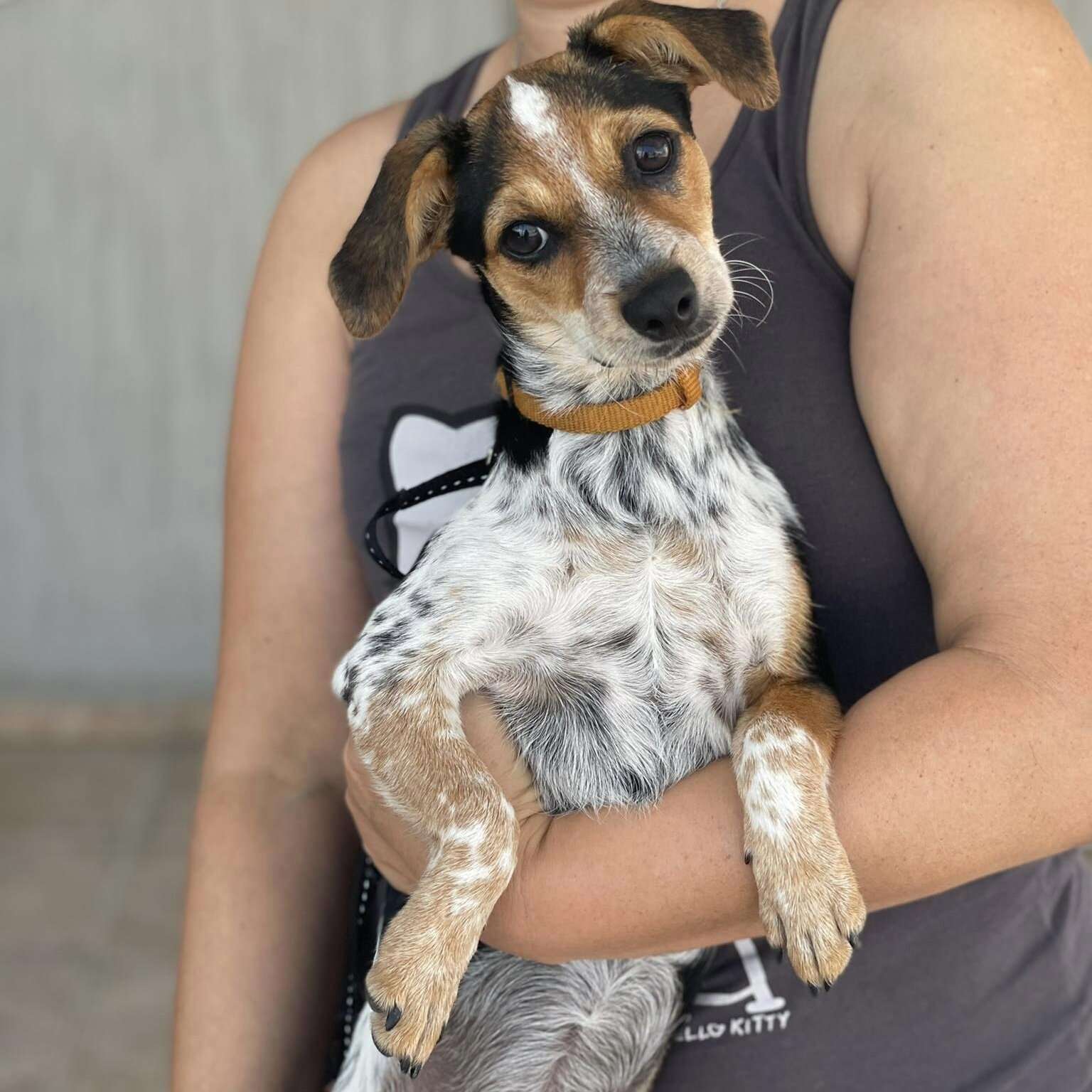 Sandy is quite an unusual mix. Her small size and shape suggest she might be a terrier type mix, such as a Miniature Pinscher, and her markings suggest she’s got some Hound in her. She’s smart and would definitely benefit from some basic training, and as she’s so keen to please we think she will pick up new commands really quickly. She builds trust with new people fast, and once she senses she’s found her forever home we expect that she will come on in leaps and bounds as she settles in. 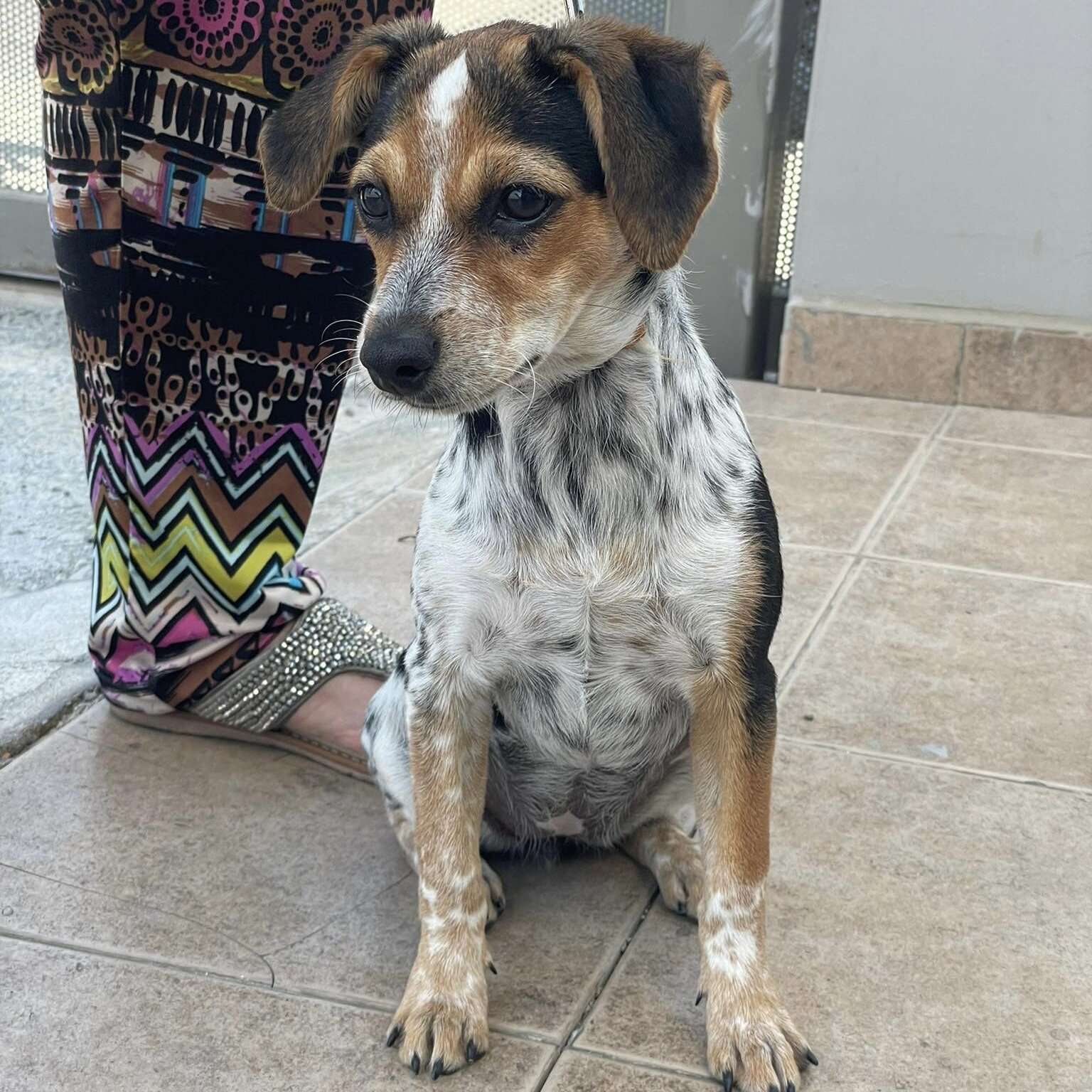 Sandy can live with other dogs, but it’s not compulsory. She would prefer a home with someone who is around frequently, as she would not like to spend long periods of time alone. Having canine company might help ease the chance of separation anxiety arising, as she will have a resident dog to learn from. Sandy hasn’t been tested with cats, but can live with children aged 7+. She’s a little dog with a big personality and we think she will make an excellent companion given the chance. Sandy is currently based in Cyprus and has a clean bill of health. She is ready to travel once she finds her forever home.

How Much Does Cat Abscess Treatment Cost? (2022 Update)