Neo is a 4 month old male Shepherd Cross. He was found as a stray on the streets of Cyprus, and at the age of only four months old we think he may have been an unwanted puppy. He was terrified when he was first brought to the municipal pound by the dog wardens and backed himself into a corner for the first few days. Eventually, after he had decompressed, Neo started to get to know the other dogs in the shelter and is now feeling much more settled and confident. Neo is a beautiful dog, and we assume he’s probably a Shepherd mix.

He’s going to be a large sized adult based on his chunky paws and current size, so the sooner he can find his forever home, the better. Big adults dogs really struggle to get noticed in the shelter once they’re past the puppy stage, so we hope Neo doesn’t end up missing an opportunity. Neo is very friendly and sweet natured towards everyone he meets. He plays beautifully with the other dogs in the shelter and loves to try and steal Lola’s ball, or chew Pete’s ankles. If the other dogs after tell him off for being a little too cheeky he rolls straight onto his back in submission, before trotting off to find some more mischief to cause. 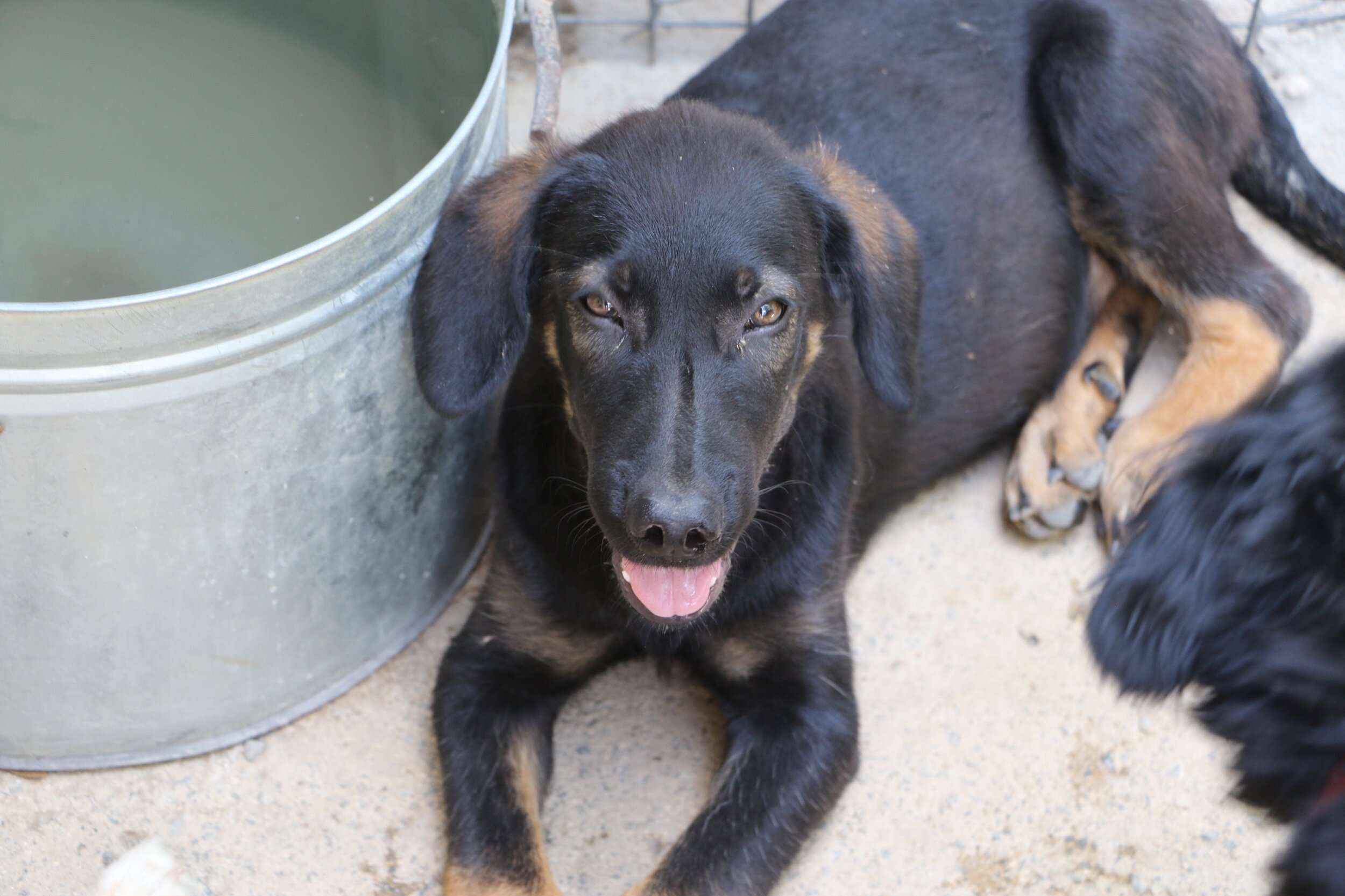 He gets on great with the more active dogs who enjoy playtime, and he could definitely be adopted into a household with another active resident dog. Neo hasn’t had the opportunity to be tested with cats but based on his age and ability to read social cues well, we think with time, supervision and training he could learn to live alongside a resident feline. He can live with children aged 8+ (older kids recommended based on predicted adult size) and has been great with them whilst he’s been in the shelter. Neo is a smart boy and will need continued socialisation and training in a new home. 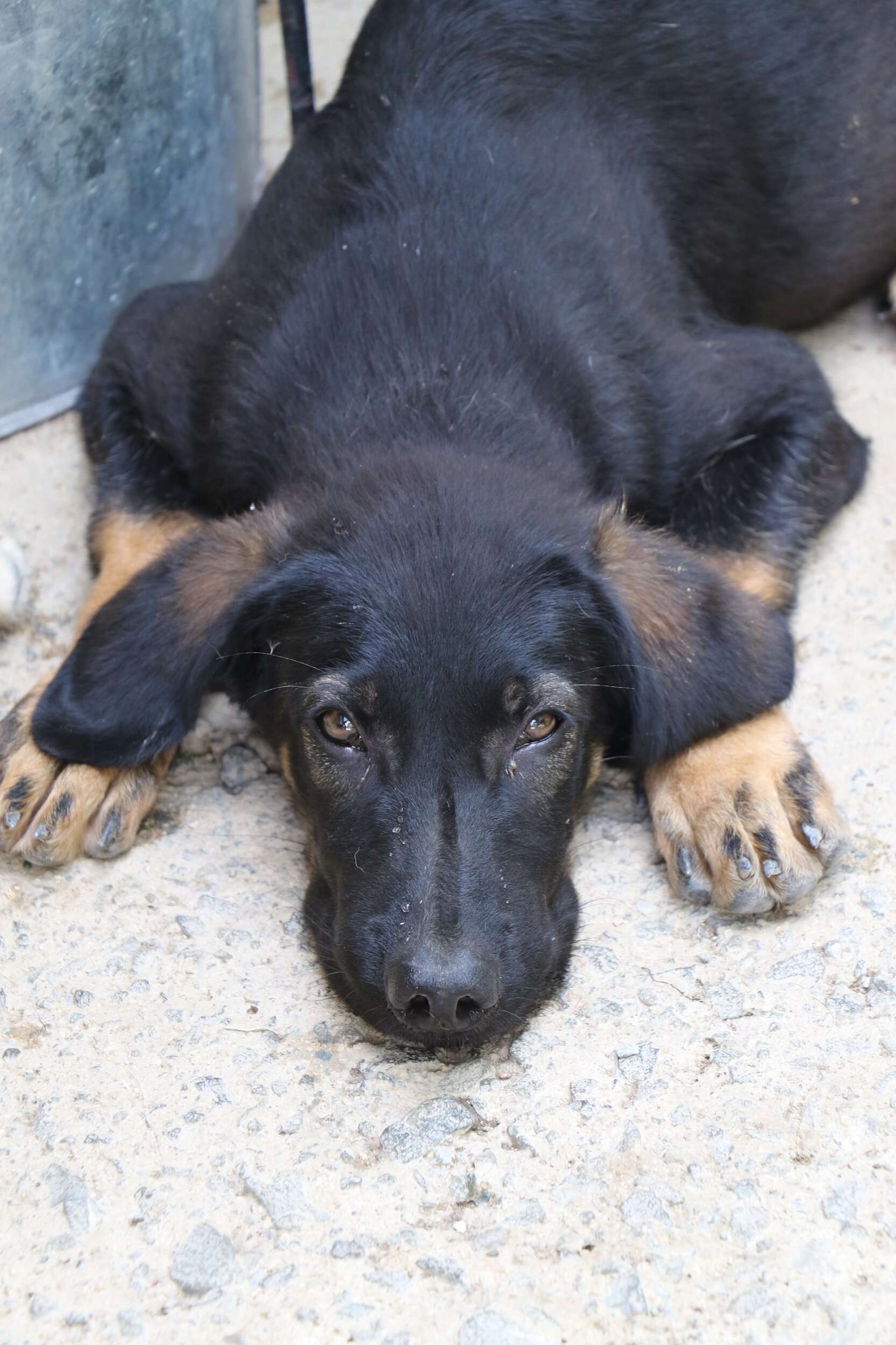 He’s an intelligent breed mix for one thing, but as an individual he’s also really eager to learn and keen to please. We think he would excel with some puppy training, and will respond well to boundaries and routine. As he’s expected to grow to be a bigger dog as an adult it’s important for his manners and behaviour to be worked on now, so that he grows into an obedient adult dog. Shepherds are fantastic companions, so the hard work during his puppy and adolescent stages will most definitely pay off. 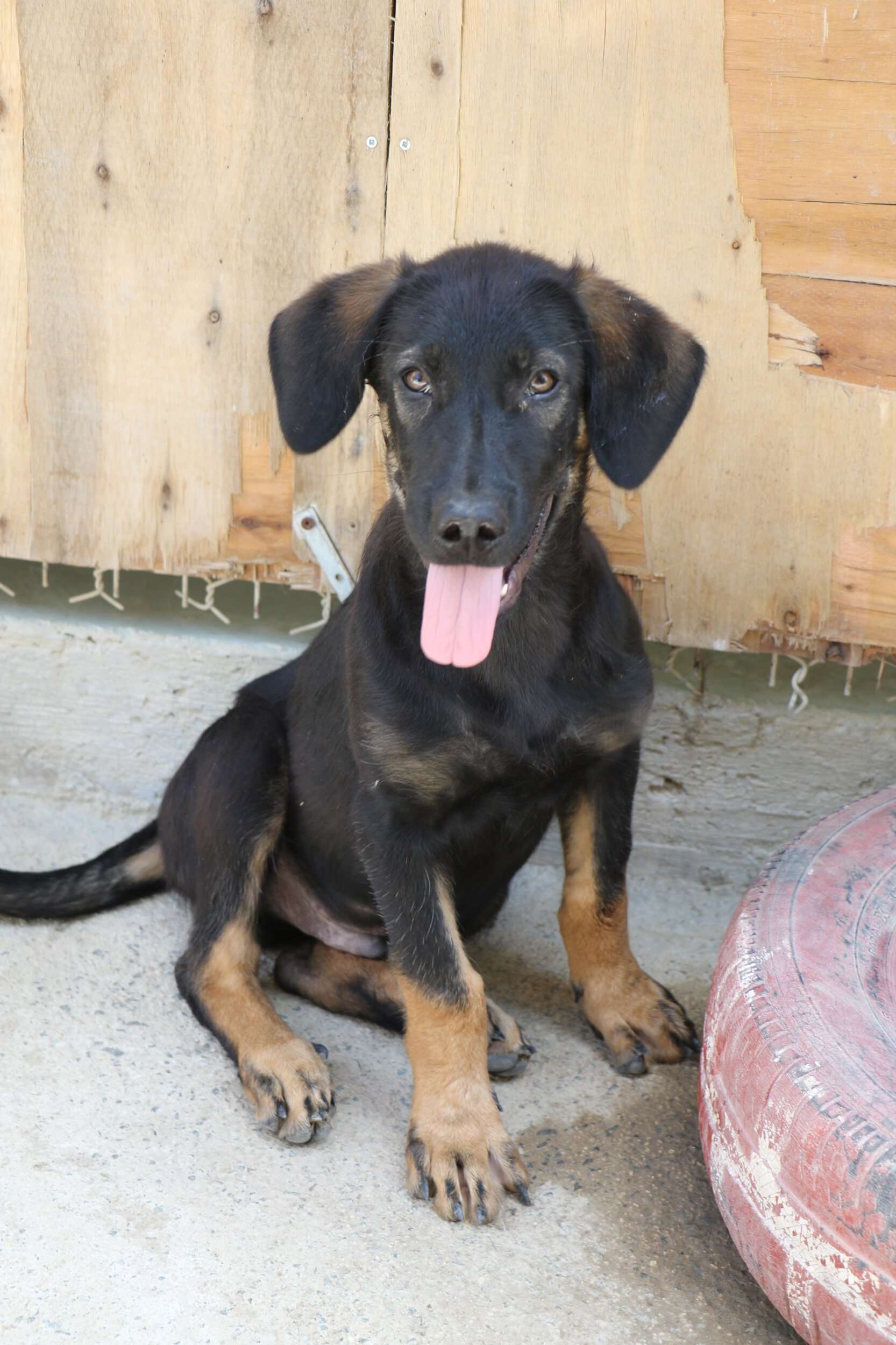 Neo’s ideal home would be outside of the city with a garden to play in. He is confident, so could be homed in a suburban area as long as he’s not too close to busy roads. He would also really enjoy a fairly active lifestyle with a family who can give him the opportunity to explore the great outdoors. Neo is currently based in Cyprus and has a clean bill of health. He is ready to travel once he finds his forever home.

11 Most Popular Dog Breeds in Mexico in 2022 (with Pictures)