Duke is a lovely 5 year old male Labrador. He’s in a foster home in Mid Wales after flying to the UK from Oman on the 23rd June. Duke has had a hard life with no stability. He was bought as a puppy by a farmer with the intent of being a guard dog for the farm. However, the farmer soon realized Duke was not cut out to be a guard dog, being far too friendly, and sold him on.

His new owner worked abroad for long periods so Duke was kept full time in a boarding facility where he was crated for much of the time. His new owner did notice that Duke had a problem with his hips and after a consultation and x-ray at the vets, it was discovered that Duke has hip dysplasia. This surgery could not be done in Oman so Duke came to the UK upon recommendation of the vets in Oman. 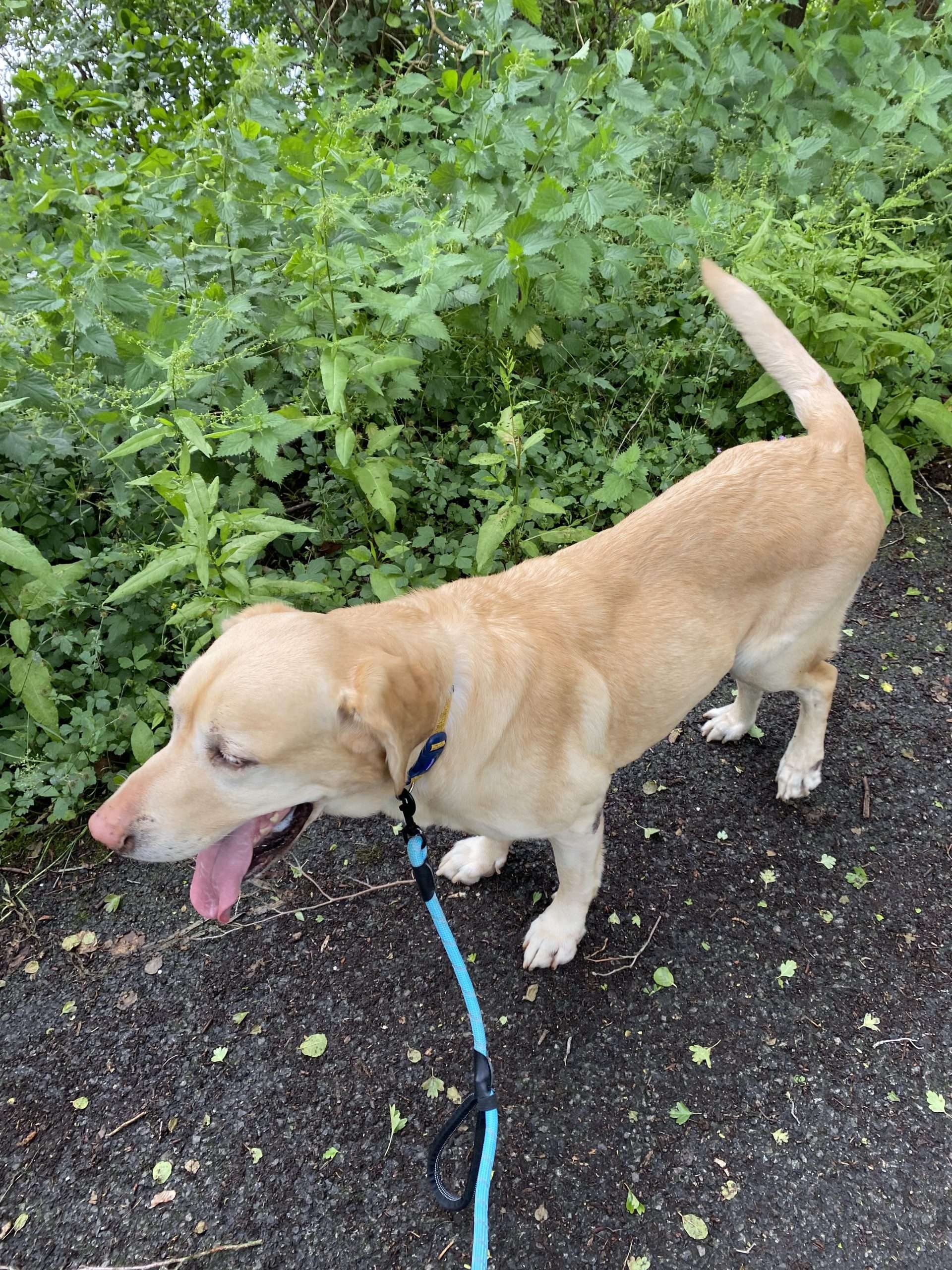 Duke was taken to see the vet on arrival in the UK and his X-rays were sent to a specialist clinic in London where it was advised that Duke doesn’t require surgery on his hips after all! He will probably need pain meds further down the line but for now he is only taking joint supplements (yumove). 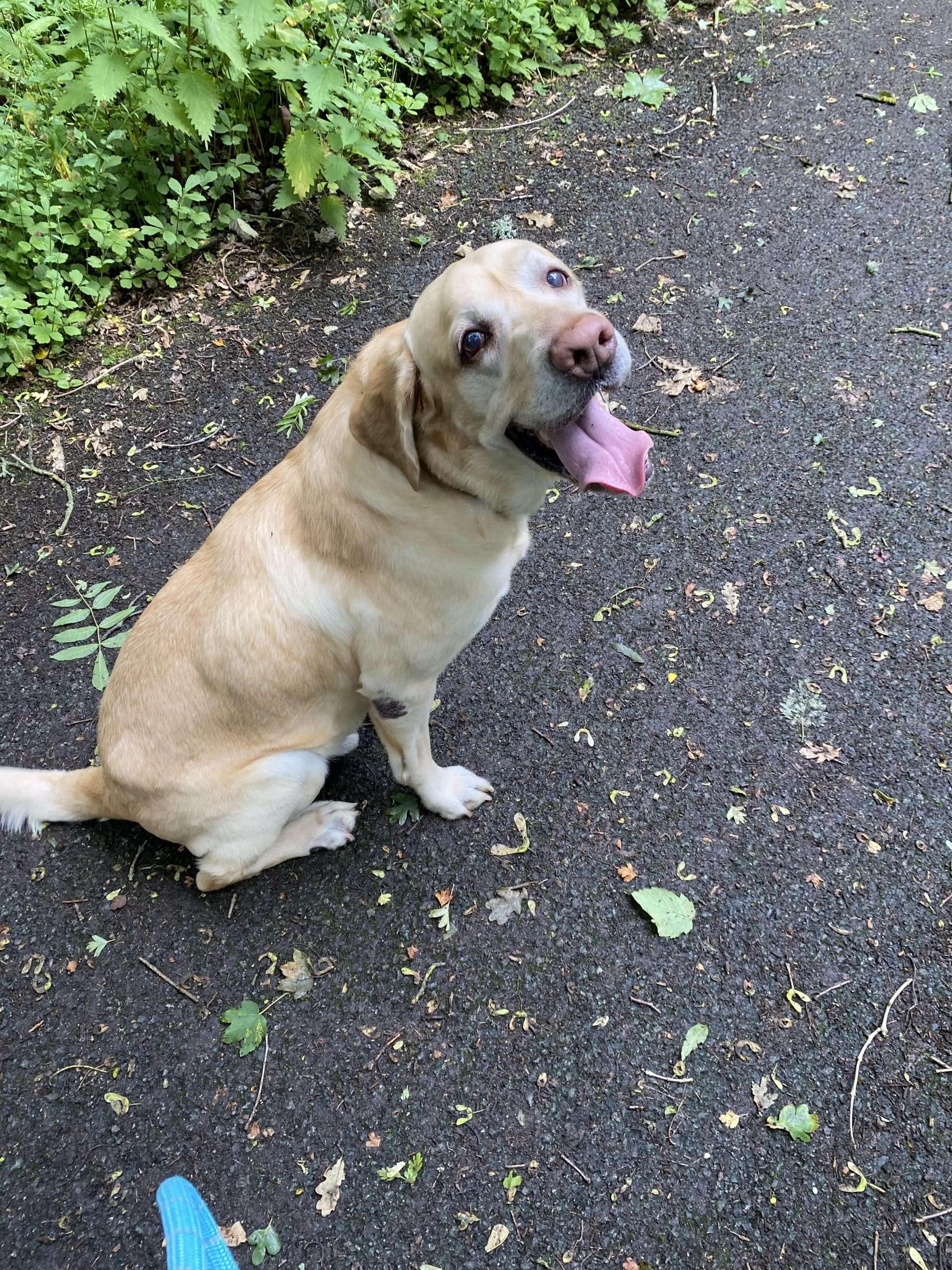 Duke is a people’s dog. He would make an ideal companion for someone wanting company in the home. He could fit into any environment as he’s so friendly, gentle and easygoing. His ideal home would be someone who’s at home all day, experience with Labradors and/or hip dysplasia would be preferred but not essential. He doesn’t need much exercise, short walks are better for him and he’s a dream to take out, he doesn’t pull at all and walks nicely by your side. Off lead, he doesn’t venture far from your side either. 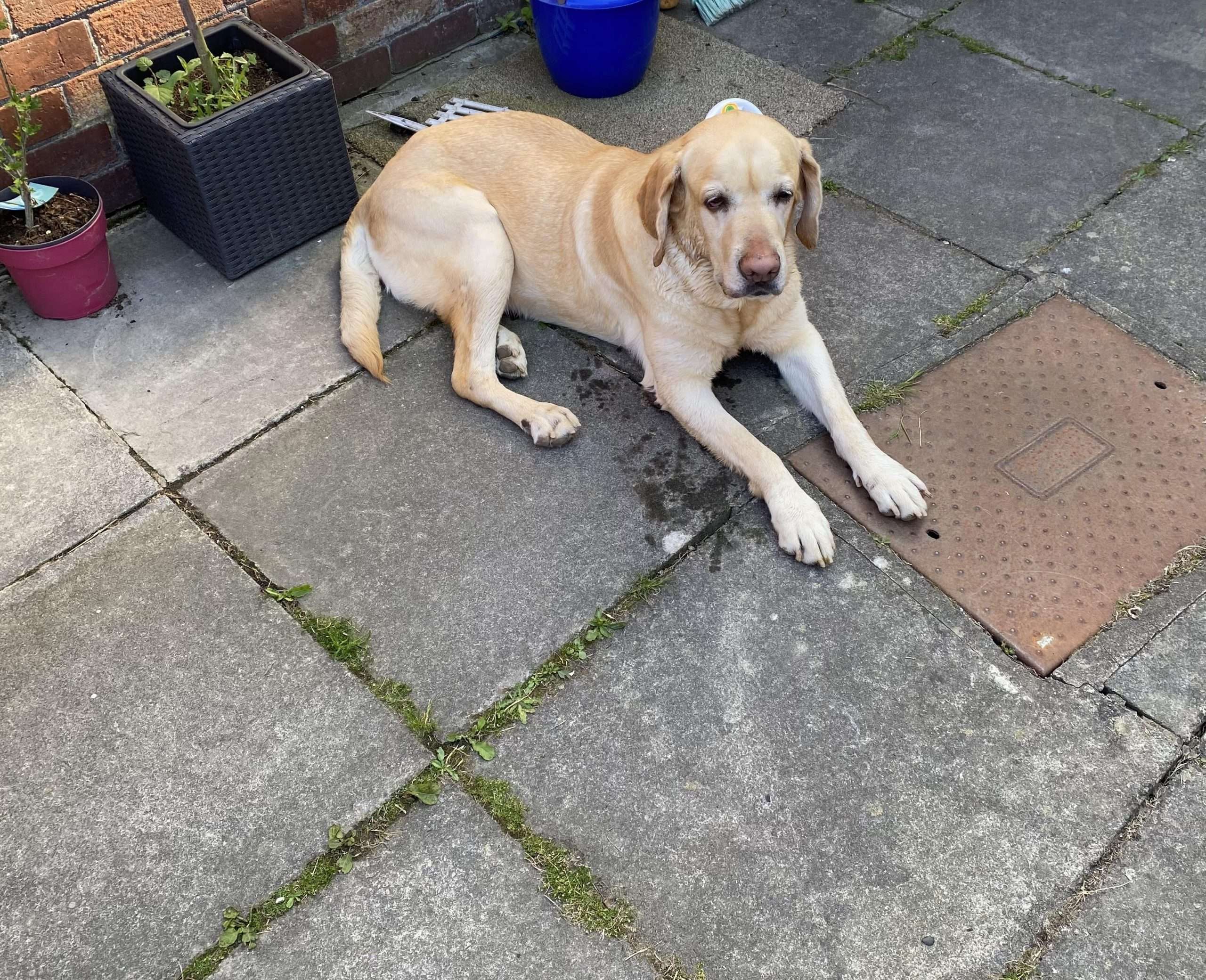 He’s shown zero aggression since being in his foster home. The home has a 3 year old child and two other dogs. He’d probably be better with older children just because he’s unaware of his size and has knocked the child accidentally. He is great with the other dogs and could live with other dogs with no issues but he’s not interested in playing or interacting with them at all.

So if you’re looking for a playmate for your dog then Duke is not the one! One of the resident dogs is territorial and if Duke goes too close to him in his bed, he will get a warning growl which he responds to and moves away. He’s very well socialised with other dogs. 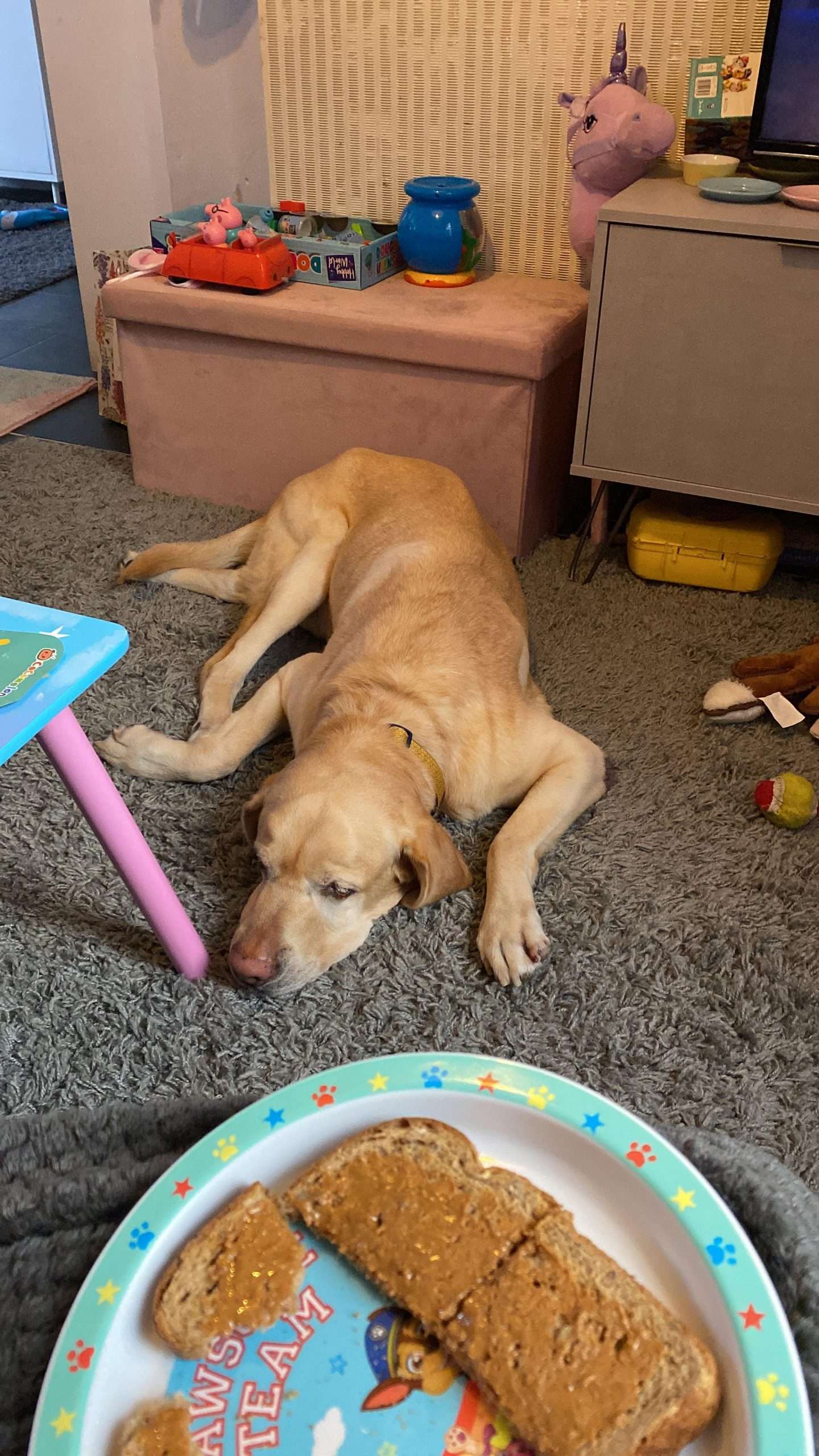 Overall he’s a wonderful boy who’s super happy, loving and affectionate. He grunts with joy when he gets pets – which is adorable! He just needs one special human to adore him so he can love you back in return!