Vicky is a 7 year old female Cross-Breed. She is a lovely girl who arrived in the shelter along with her friend, Amelia. We learned that her family had moved abroad and just left her and Amelia alone in the garden, abandoned.

Neighbours advised the family were no longer there and the dogs needed help, so they were brought to the shelter for rehoming. Vicky weighs around 25kg. She’s used to living outdoors with Amelia and is not at all used to being surrounded by so many dogs in the shelter, so she’s not happy at the moment. 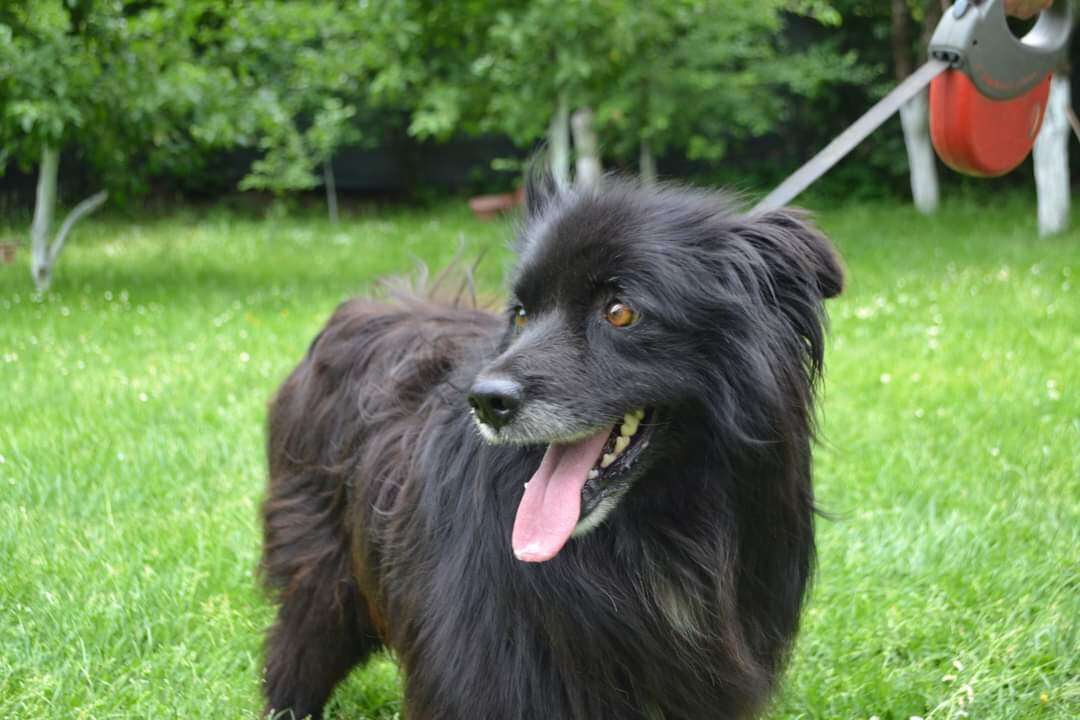 She finds the environment overwhelming and she prefers to keep herself to herself. Unfortunately we can’t offer her anything better until she finds her forever home. Vicky has a longer coat which does require some attention. With a bath and a bit of a groom she will look beautiful, and this will require occasional maintenance so that it doesn’t become matted or messy. 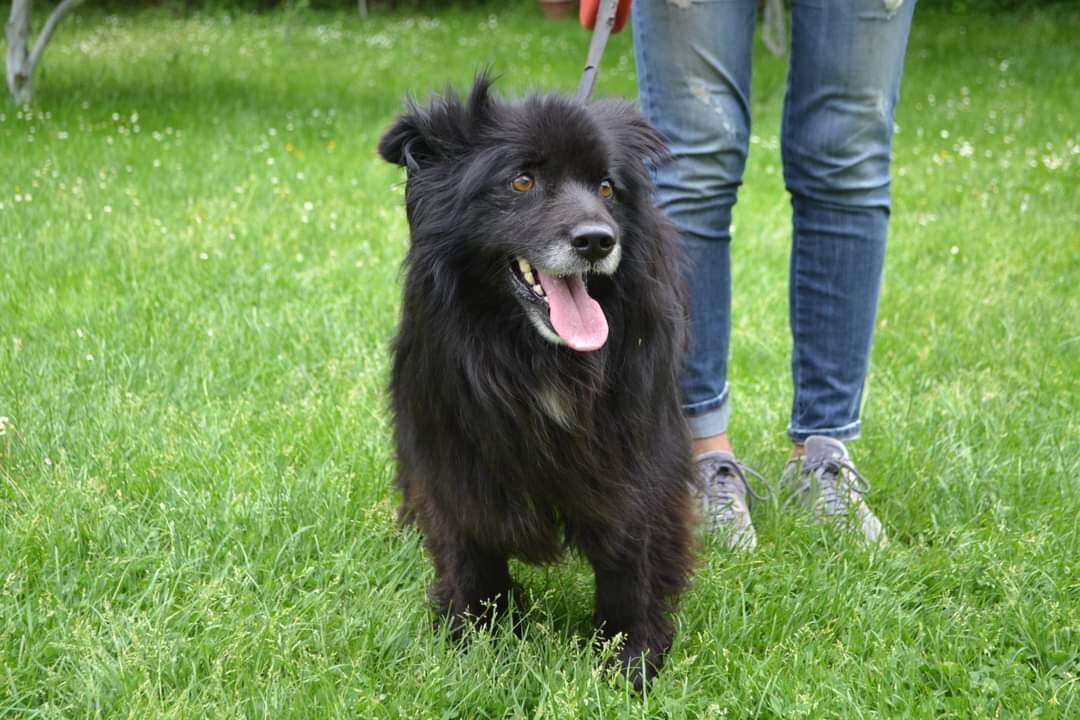 She hasn’t been given very much attention as she deserves because she’s been an outdoor dog, so having a family that welcomes her into their home will be a big change for her and she will need some time to adjust. Vicky isn’t a playful dog and doesn’t bother chasing the other shelter residents around in the yard, but she adores people and is always keen to come for a cuddle. 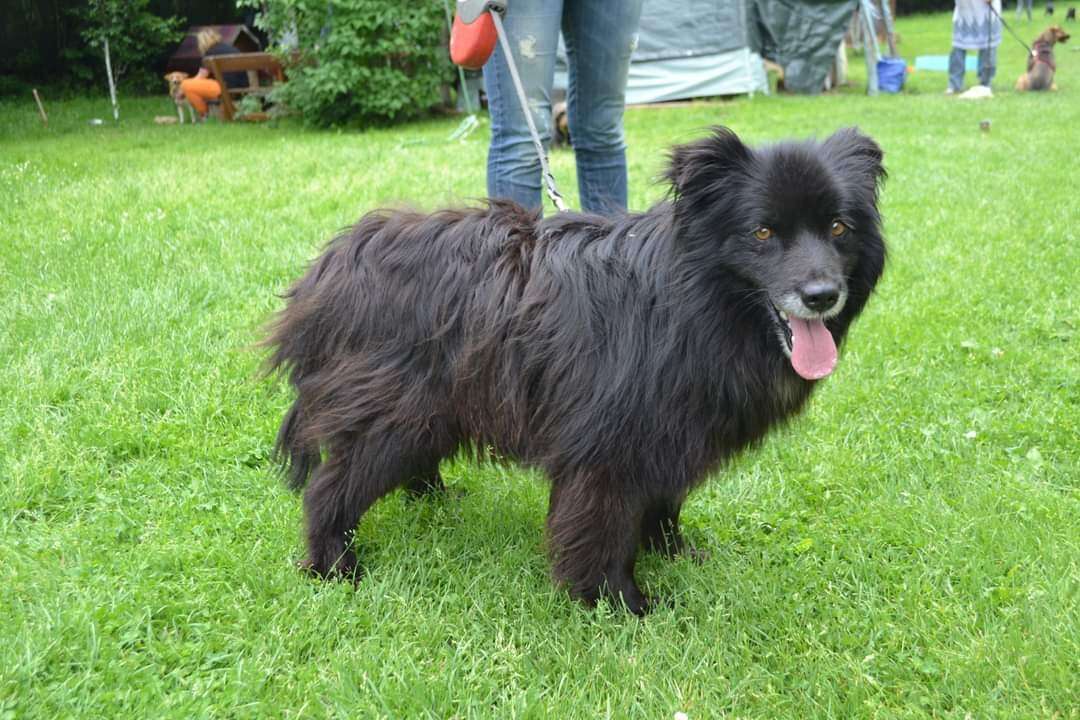 She is much more people oriented, although she does enjoy Amelia’s company, but otherwise she’s not really interested in the other dogs. She is looking for a calm, laidback home where she can spend her later years being fussed over and enjoying a comfortable lifestyle. Vicky is looking for a home in a semi-rural location away from busy roads and lots of noise. 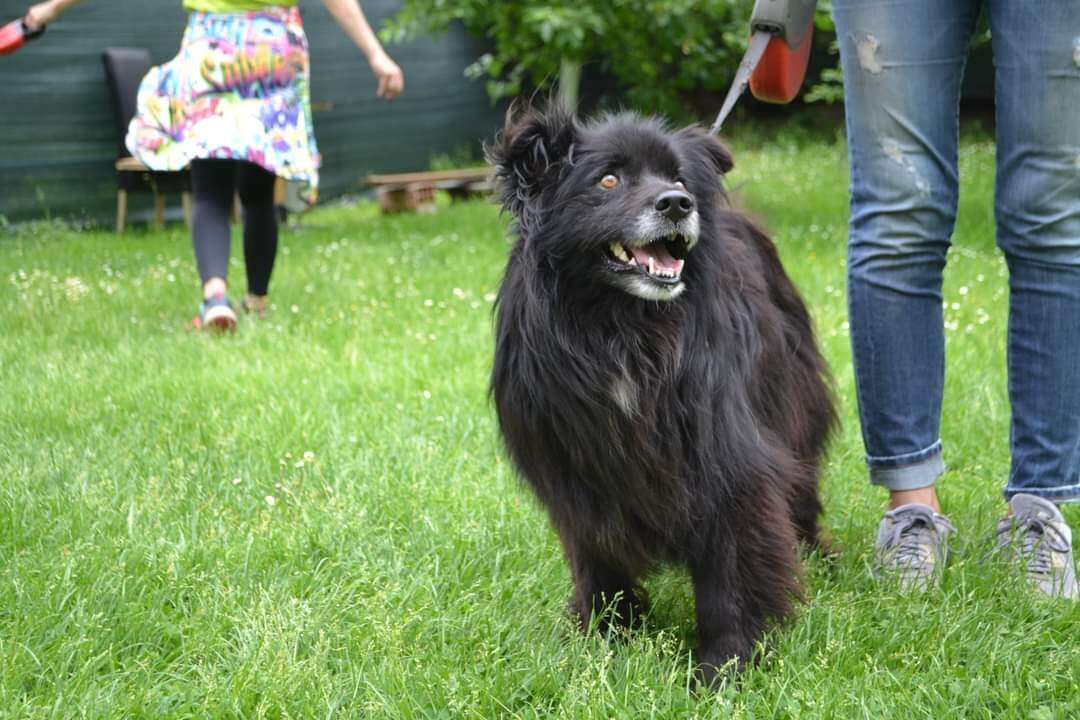 She would like a home with direct access to a garden as that’s what she is used to and it will help her integration into a normal companion lifestyle. She would prefer not to live with children, and whilst she can live alongside other dogs they should be of a chilled out temperament. Vicky has been exposed to cats and hasn’t shown any adverse behaviours, so could live with them if introduced slowly. 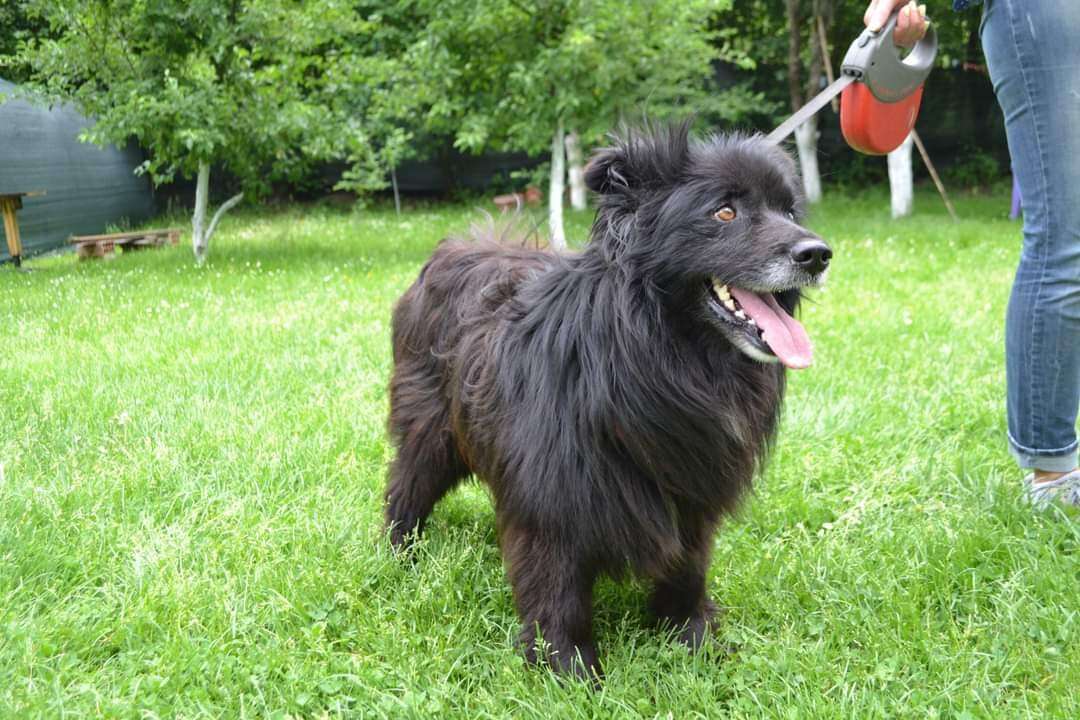 Vicky is a very sweet and easygoing girl. She doesn’t ask for much and doesn’t need a high energy home or lots of training, she just wants somewhere to settle in and be loved. She will need some patience and understanding as she takes in a whole new lease of life that she’s unfamiliar with, but with a bit of time we’re confident she’s going to do really well. Vicky is currently based in Bosnia and has a clean bill of health. She is ready to travel once she finds her forever home.