Bruce is a 7 year old male Bulldog Cross. He has many of the bulldog traits-he is stubborn, very bright, very loyal, very lazy but he does love a walk, a run around the beach or enclosed field.

Bruce loves to play in a paddling pool and loves a game of football! He pulls a bit on lead at the start but soon settles down when told. Like most bulldogs, he isn’t the type of dog to walk for miles. Bruce can sometimes be a little rude to new people as he likes to hump them ????? although not always. 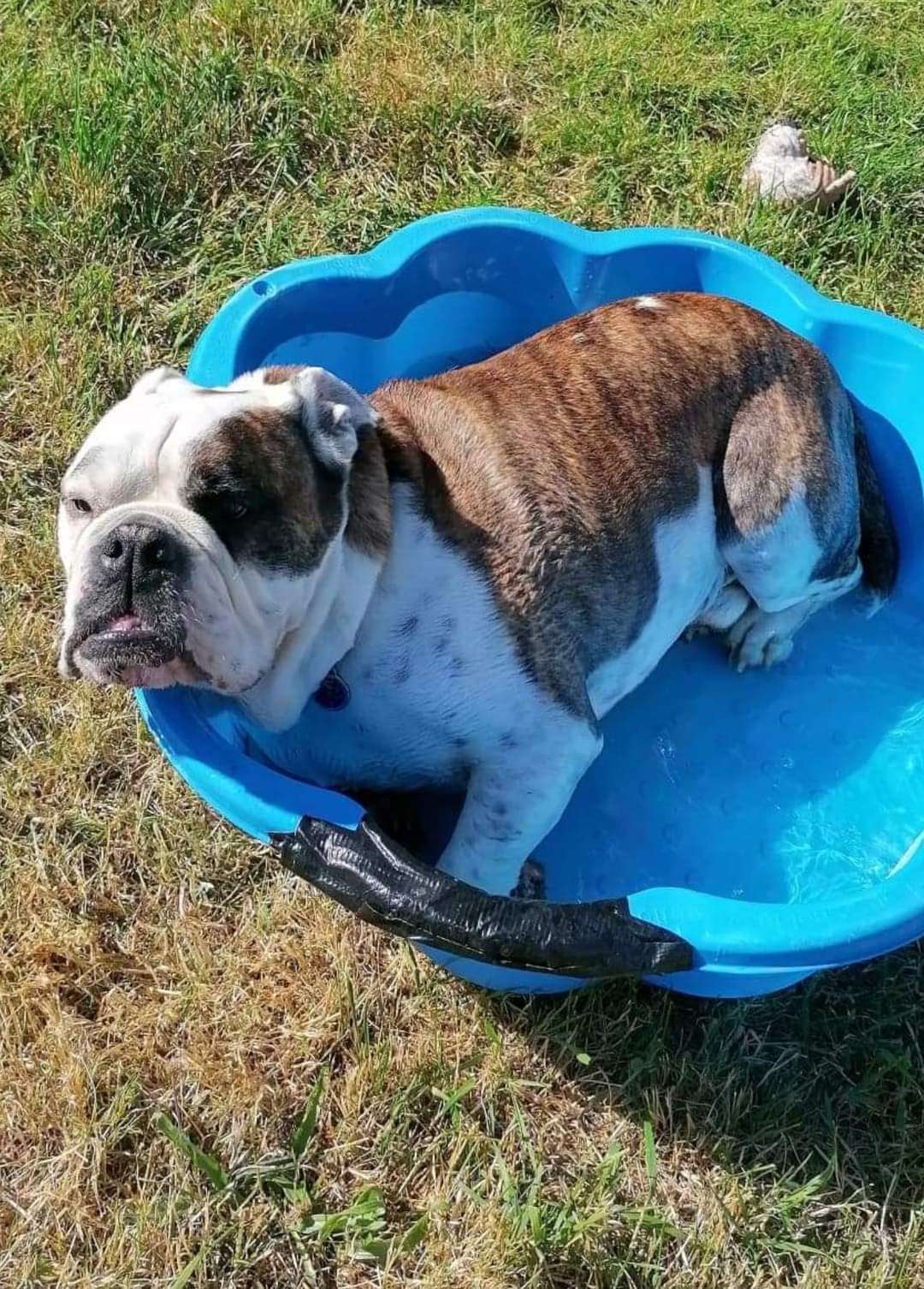 He does this when meeting other dogs too, in general he loves other dogs but he plays rough. Inside the home large male dogs make him feel anxious and defensive especially around food and toys. So we feel he would be best as the only dog in the home. 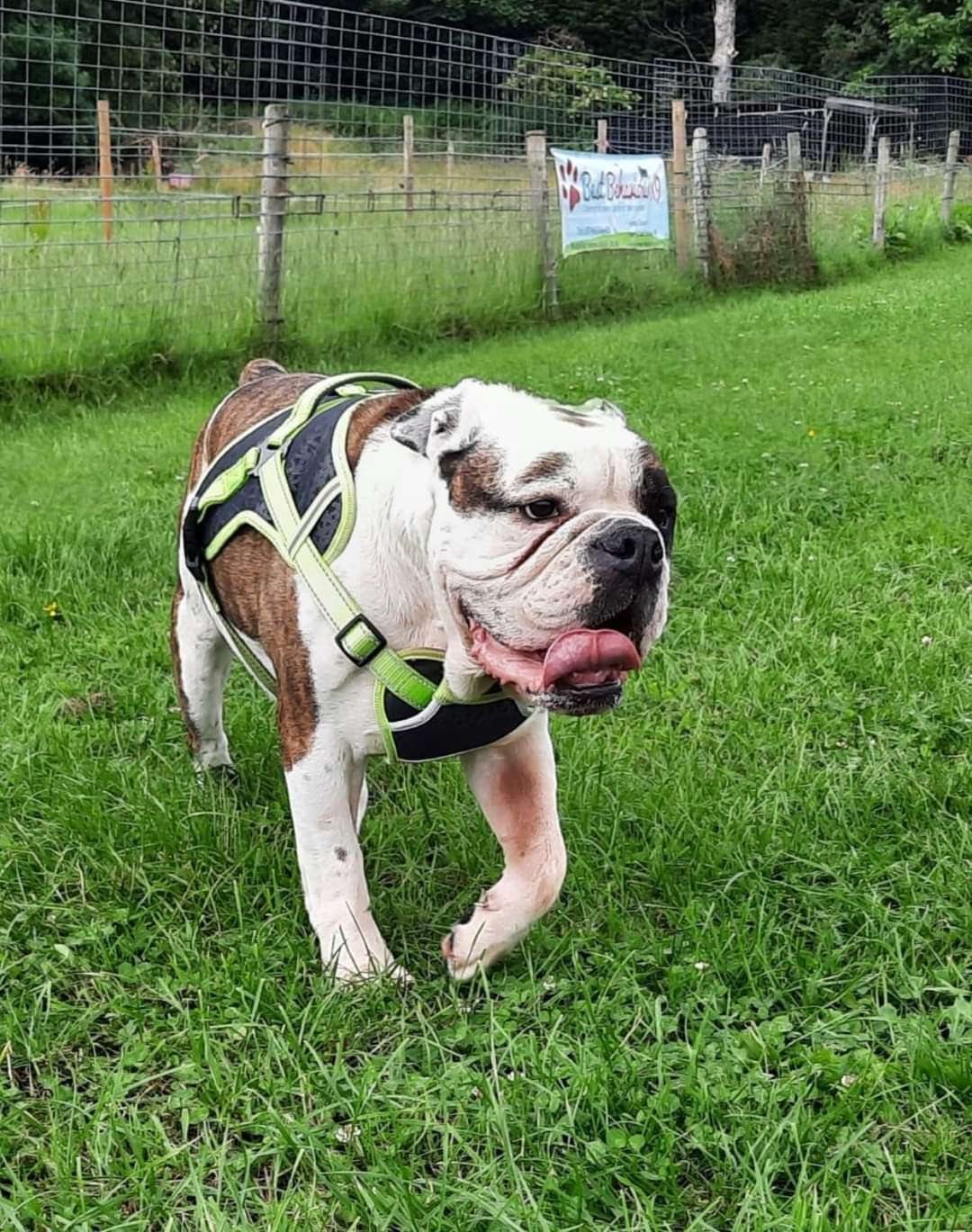 He is nervous when walking on wooden floors, so much so he tends to walk backwards on them! So if you have wooden floors, rugs are a must have. He is generally quite a nervous dog. He is worried by loud noises and things that can make loud noises, eg shouting, large items being moved, his empty food bowl etc. 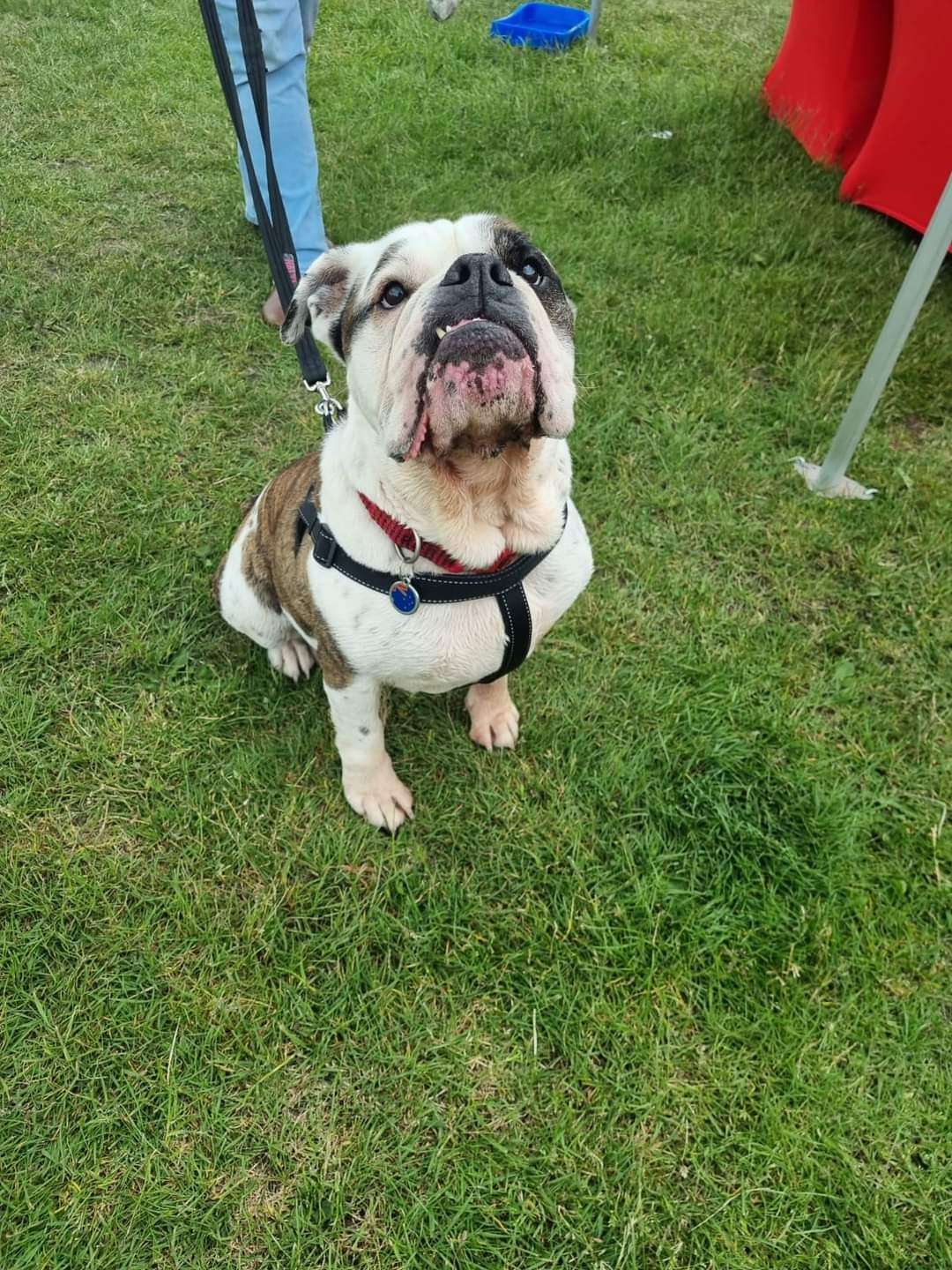 He is TERRIFIED of thunder and fireworks. So much so he does need medication for the days leading up to the 5th Nov. He is fine to be left alone. He loves his bed, and he likes to suck on his blanket as he goes to sleep. 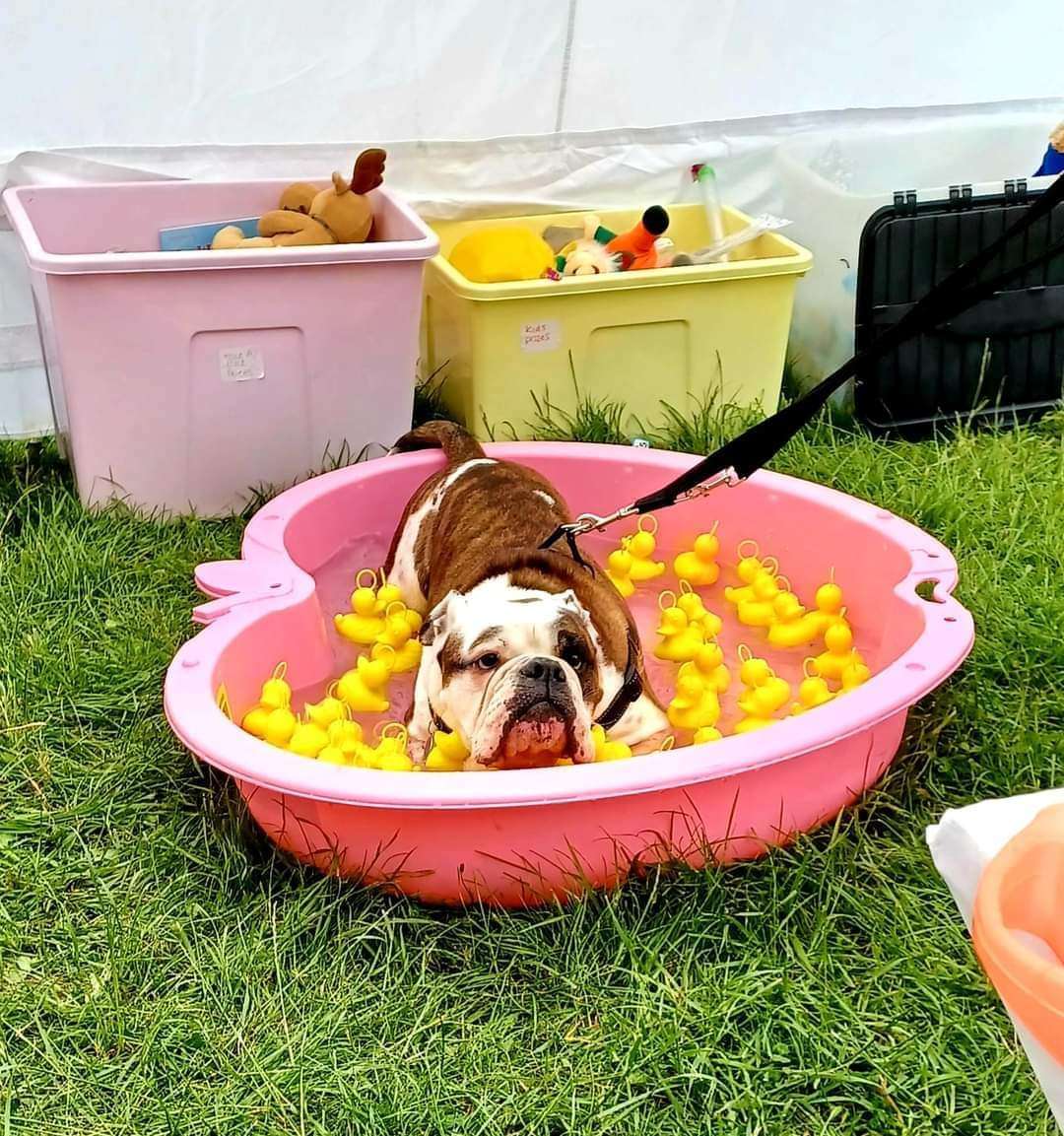 He is great with kids and all humans but because of his humping and sometime rough play its advisable its older children (13+) he’s placed with. He actually adores human company and its important someone is around with him most of the day. Bruce is being fostered in Liverpool.

For further details regarding adopting a dog from Joey’s Legacy Boxer Rescue Liverpool (registered charity number: 1186111) please contact one of the team members:

Are Boykin Spaniels Hypoallergenic? An Allergy Sufferers Guide to Dogs

Neuronal episodes in dogs: This is what you should know about Acquired Metabolic Encephalopathy (AME) - The Pet Blog Lady

How Much Does Cat Abscess Treatment Cost? (2022 Update)