Her name was Kewpie and she was a gorgeous little Maltese Poodle. My sister and I went to choose ours together when we were around four and five years old. They were tiny white pups, still drinking from their Mom when we first laid eyes on them. A few weeks later, my sister chose the strongest, biggest one, and I chose the smallest runt.

Kewpie was with me throughout primary school, high school and into my first job. She survived being dressed up in my baby sister’s clothes, being pushed around in a stroller and growing up with two rambunctious Alsatians. She was there when I missed my Grandmother so much that I slept with her cardigan, because it smelled like her, and she was there when my Mom left. Kewpie heard the details of my first kiss, my first broken heart, how I earned my black belt in karate and promised not to tell anyone about my first cigarette. She was also there when I quit smoking, not long after the first one.

More than a decade later, just after I arrived at work in my noisy white Beetle with the broken exhaust pipe, I received a call from home. It was the middle of winter, and Kewpie had somehow managed to fall into the swimming pool. She’d died of a heart attack due to the freezing cold water. A week later, her sister died of a broken heart.

I’ve been blessed with a few more dogs and cats since, but Kewpie will always hold a special place in my heart. We grew up together, after all. 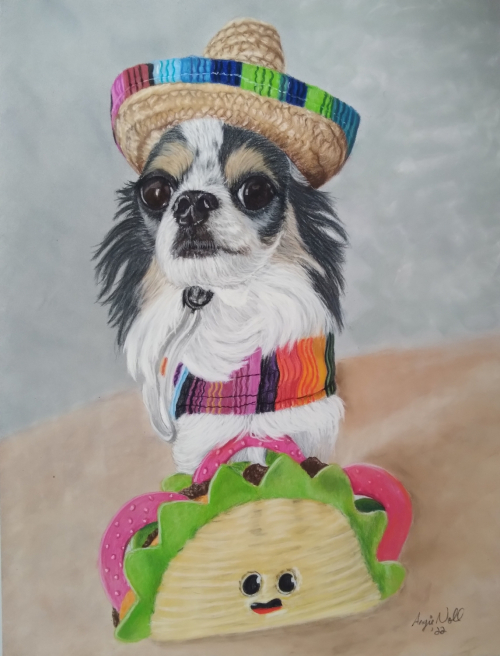 Hi, I’m Angie, and I’m a Pastel Artist. I paint pets (and occasionally their humans, especially if they’re little.)

I’m here to help you find one in the hundreds of never-to-be-looked-at-again photos on your phone of your furry friend and turn it into a piece of art that you can look at and enjoy every time you walk into the room.

To view my gallery of work and see what you can expect, visit www.angeliquenollfineart.com 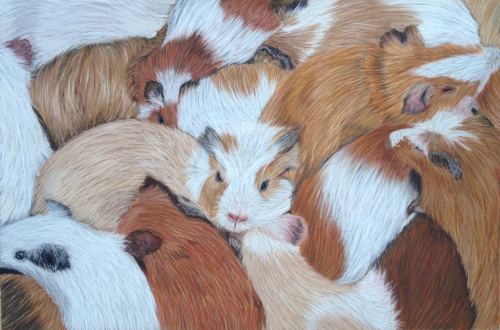 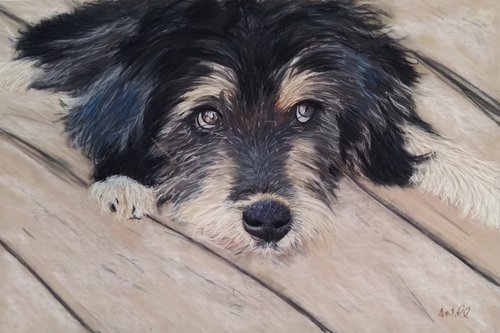 Thank you, Angie, for sharing your story and your beautiful art.

The Ultimate Guide to Raising Parrots!